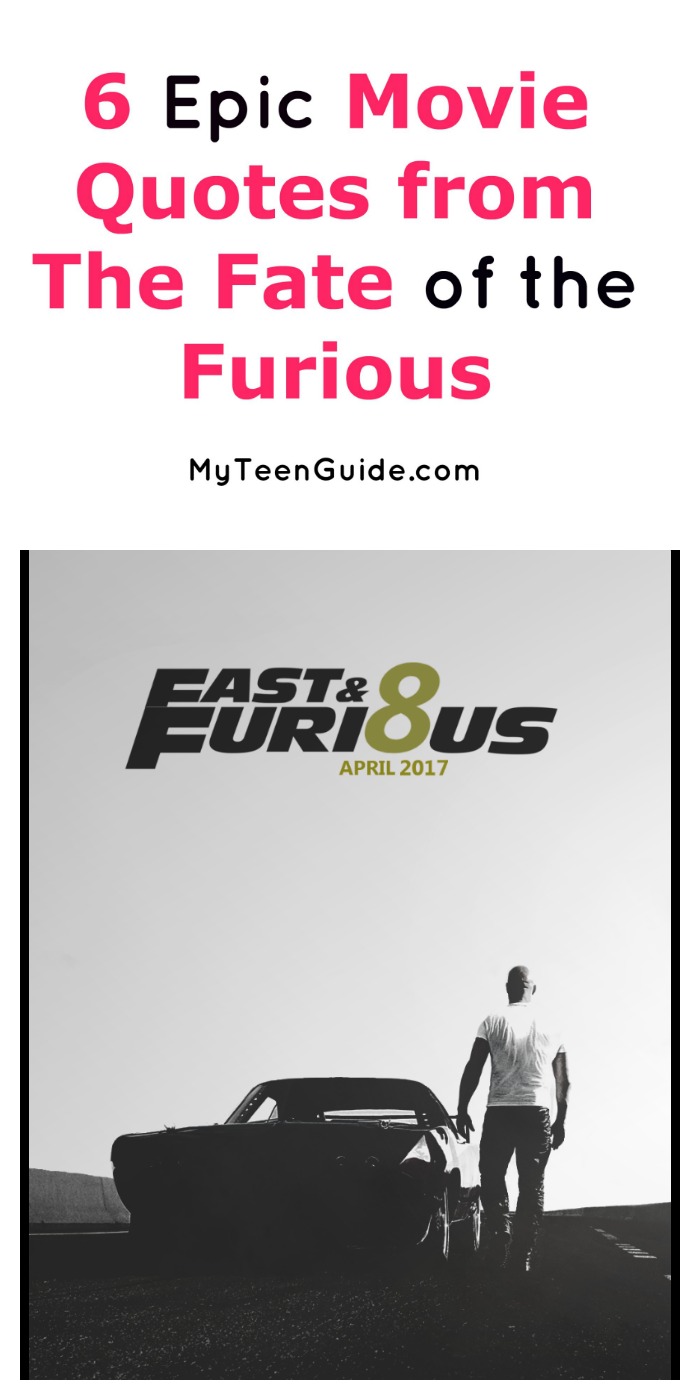 The Fate of the Furious Movie Quotes

Cipher- “You know what I like about you, Dom? You’re a genuine outlaw. But your family is about to go up against the only thing they can’t handle: You.”

Cipher is played by Charlize Theron. Cipher manages to somehow convince Dom to turn against his family and friends.

Conversation between Frank Petty, Luke Hobbs and Deckard Shaw, after Hobbs and Shaw learn they will be working together:

Hobbs- “Do you want to tell me why you just put me in a room with this criminal?”

Shaw- “You know, I think that tight t-shirt cutting off the circulation to your brain, you should get a bigger size.”

Quote from Brian O’Connor- The Fast and the Furious- 2001

Brian- “I thought if I got in your good graces you might let me keep my car.”

Dom- “You are in my good graces, but you ain’t keepin’ your car.” 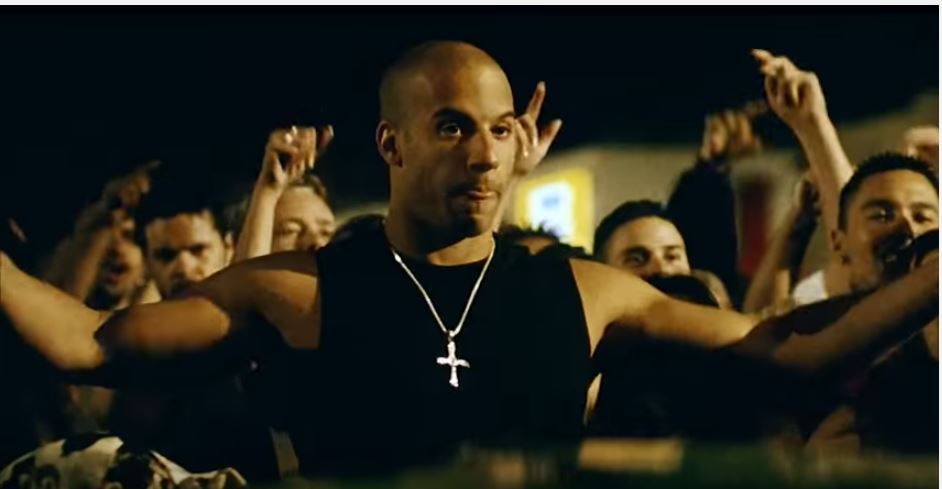 Watch the Fast and the Furious on Amazon

Roman- “Don’t even think about takin’ the convertible. It might loosen your mousse.”

Brian- “No, that’s cool. That’s too much chrome for me anyways.”

Brian- “You asked me why I let Dom go. I did it, because at that moment, I respected him more than I did myself. One thing I’ve learned from Dom is that nothing really matters unless you have a code.”

“…we're talking about going up against the most powerful guy in all of Rio…we're gonna need a team.” Who could forget this one? #Fast5 hit theaters 5 years ago today! – #TeamPW #FastandFurious

Roman- “You know, I think I make a better special agent than you ever did.”

Brian- “I guess that depends on how you define ‘special’.”

Have you heard any great The Fate of the Furious movie quotes? What are your favorite lines from the other movies? Share below!