So lovelies, were you tuned in to the Teen Choice Awards last night? I was right there cheering at the TV. I scared my cat a bit I cheered so loud. Tons of teens voted this year with 25 MILLION votes cast via social media. Fox insists the controversy last year is not happening this year, and that all the votes were counted accurately right up until the end.

Some of the biggest winners included the bands One Direction and Fifth Harmony who each took home multiple surfboard awards. Britney Spears took home the Candies Choice Style Icon award, cementing her style icon status further. Pretty Little Liars cleaned up with multiple awards in the television category, and the competition was fierce in all of the web categories.

Related:  What You Need to Know About the First Season of Pretty Little Liars

Check out our abbrv. list of the winners. You can see a full list of the nominees and all winners over at the official Teen Choice Awards Website.

Related:  Spend the Night with Our Favorite Girls’ Night In Movies

I loved Ellen DeGeneres speech when she took the choice comedian award. I am a fan of Ellen and her big heart.

They say that teens make bad decisions, but you made a very good decision tonight choosing me. It feels good to be chosen, but there was a time in my life where I was the opposite of being chosen. What makes you different right now makes you stand out later in life so you should be proud for being different.

Ellen, I *heart* you! #tear We need more stars like you.

So who was your favorite award winner? Who got robbed of an award? Sound off in the comments! 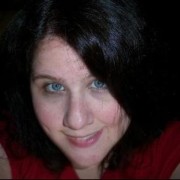