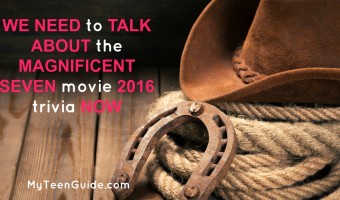 Whether you are a western fan or just watch the occasional cowboy, you’re going to freak out with anticipation at The Magnificent Seven 2016 movie trivia. The Magnificent Seven tells the story of a group of outlaw men who ban together to help a village against a gang of savage thieves. Sounds pretty intense right? […]