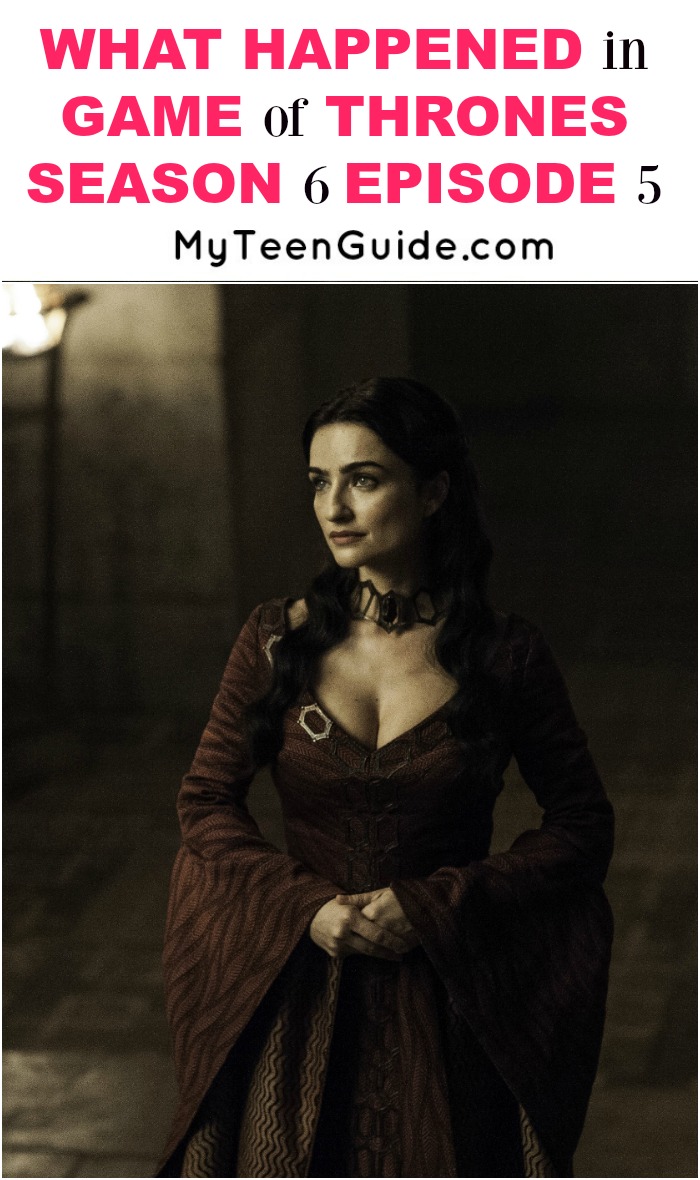 Who’s ready to find out what happened in Game of Thrones season 6 episode 5 “The Door”? I have to tell you,  it was one of the most powerful episodes so far this season! After last week’s episode, you had to know it would be! Let’s check it out, but be warned. Spoilers lie ahead!

Sansa meets with Littlefinger in the beginning of episode 5 however the reunion is not as pleasant as Littlefinger may have wished. Sansa rejects Littlefinger’s support and aid because she feels he traded him off to Ramsay knowing what would happen to her.

I loved this episode and especially this reunion? #gameofthrones #season6 #bookofstrangers #sansastark #jonsnow

Arya continues to train with the Waif who out matches her at every attempt. Shortly after Arya is given a target in order to redeem herself. The target is an actress and as Arya observes the actress she can see her in a performance re-enacting the plot of the first season, specifically where Robert Baratheon is killed and her father attempts to dethrone Joffrey. The performance takes a satirical twist on the events.

In Bran stark’s latest vision exploration we learn the source of the White Walkers and we learn that they were created to fight an enemy, the enemy being humans. Sometime after, Bran jumps into a vision of the Three Eyed Raven while everyone else sleeps. In the vision he can see a massive army of White Walkers and he walks through them to see the leader of the White Walkers. He soon realizes they can actually see him and he is grabbed by the leader. He wakes up and screams and awakens. The Three Eyed Raven awakes to tell Bran he must leave because the Walker King can now find him and enter the sanctuary.

In the Iron Islands Yara makes a claim to the throne and receives some support at first, but she really gains a following when Theon stands up to support her claim. Euron Greyjoy emerges also making a claim to the throne, as Balon’s brother and uncle to Theon and Yara. He unveils a plan to sail to Daenerys Targaryen and offer her ships, and wed her. Then use Daenerys’ army to conquer Westeros. The support quickly shifts overwhelmingly to Euron and he becomes the new king. As he is being inducted, Yara and Theon along with those loyal to Yara escape with the best ships.

Daenerys stands before Jorah and Jaqen talking with Jorah about him being banished and now saving her life. Jorah reveals to Daenerys his greyscale. She is visibly emotionally disturbed by the thought of Jorah’s eventually demise. He tells her he loves her and begins to walk away but as he does she stops him and demands he attempt to find a cure and then return. She rides off leading the Dothraki.

Back in Meereen the council discuss the outcome and reduced violence resulting in the agreement with the masters. Tyrion suggests to spread morale among the people of Meereen so he summons a priestess to help. She seems eager to help but Varys talks to discredit her beliefs citing Stannis’ loss at King’s Landing and Winterfell. She quite adequately defends herself and her beliefs while managing to unsettle Varys at the same time bringing up his childhood.

At Castle Black, Jon Snow along with a council discuss plans to retake Winterfell. The plans look bleak due to lack of numbers but after discussing things out it looks positive after Sansa suggests seeking her uncle’s help, although she lies about how she obtained the information. She then offers Jon a new outfit that looks a lot like the one Ned Stark used to wear. Jon along with Sansa and a few others head off from Castle Black.

Back north of the wall, as Bran and his company are about to leave, the White Walker king and his army arrive outside the cave and begins an assault. Meanwhile Bran is still in a vision with the Three Eyed Raven and is not waking. It’s not long before the White Walkers breach the cave and get dangerously close to Bran. Eventually, Hodor drags Bran out. The Three Eyed Raven is killed as the rest escape from the cave. Hodor keeps the cave closed while Bran and Meera escape, and Bran can see him back in Bran’s vision collapse and begin to seizure. Hodor is presumably killed.

What did you think about what happened on Game of Thrones Season 6 episode 5? Do you think Hodor is really dead? What was your favorite moment?