How Can Teen Drivers Reduce Their Risk on the Road?

As a teen, there are few things more exciting than getting your license and taking to the road.

A license means complete freedom, enabling you to go where you want when you want. Not only that but driving a car and traveling at fast speeds can be fun and exhilarating.

Driving is certainly something that you’re looking forward to, but teen driving is highly risky and you need to be particularly cautious about it. Nearly 2.8 million accidents occurred in 2017 and many of those involved teenagers.

Teens are naturally at a heightened risk of getting into an accident for several different reasons. Ranging from lack of experience to poor judgment, it’s easy to see how a new driver can cause or fail to avoid an accident.

With this in mind, you’ll want to know how you can lower your risk of getting in a crash as a teen. We’ll simplify this for you by providing some great advice below! 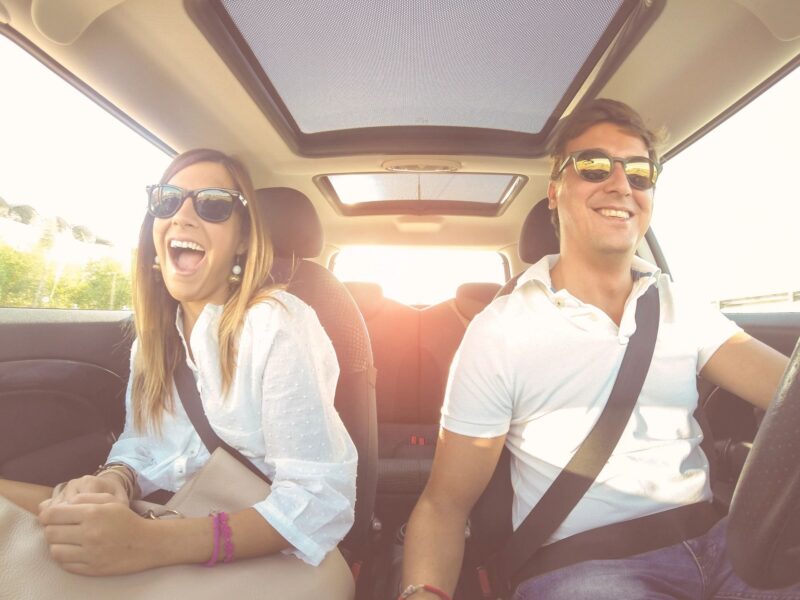 An excellent tip for lowering your risk is to avoid night driving.

While you likely practiced night driving before getting your license, simply knowing how to do something doesn’t mean that it’s safe to do. Nighttime is always the most dangerous time to drive as this is when most accidents happen.

As a new driver, you are still learning to drive and night time is not the best time for this. This is a useful skill to have, but there’s no reason to drive at night unless you need to due to the heightened risk that comes along with it.

Car accidents are more prevalent at night because visibility is reduced and there are more drunk drivers on the road. Night driving conditions are just too poor for a new driver, meaning that you should avoid doing it as much as possible.

It’s also a good idea to limit how many passengers you have in your car.

For each passenger that you have in your car, your risk of getting into an accident dramatically increases. Adding another person to your car may seem harmless, but it significantly changes the dynamic.

For starters, you might feel tempted to show off or drive fast. You might seek to impress your friends, look cool, or just fit in. You might still do this alone, but there’s less temptation without a passenger.

There’s also a great chance of getting distracted. They might be talking, trying to show you something on their phone, or watching something interesting.

The last part of this is that it adds one more thing that takes away from focusing on the road. Even if you aren’t actively distracted, you aren’t fully paying attention to driving with someone else in the car.

It might seem fun to drive around with your friends, but you should cut back on this as much as possible for your own sake. 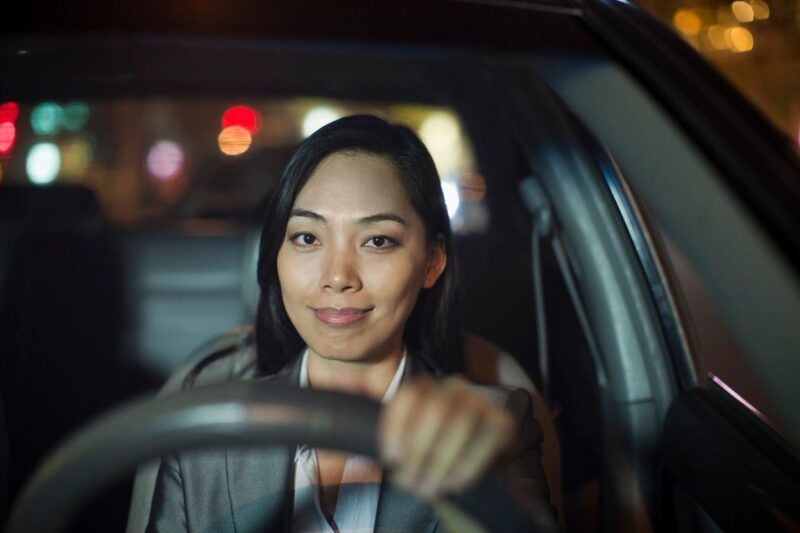 Commit to Following the Law

Another way to lower your risk is by committing to following the law.

With a fresh license, it’s incredibly tempting to speed and be a little reckless. You’ve just unlocked a new mode of transportation and source of enjoyment to your life, so it’s natural to want to explore what you can do.

Unfortunately, breaking any traffic law drastically increases your risk of getting into an accident. Whether that’s speeding, running a red light, failing to yield, tailgating, or using your cellphone, any violation is dangerous.

While safety may not seem cool, there’s no greater buzzkill than getting into an accident. Whenever you’re breaking the law, a crash is more likely because others aren’t expecting you to drive the way you are.

With law-abiding driving, you’ll go the speed limit and take things slowly, greatly reducing the chances of getting into an accident.

One last tip is to make use of safe driving apps.

If you can’t resist the temptation of using your phone and checking your social media feed or responding to a text, then there’s a way of physically restricting yourself.

Safe driving apps exist to ensure that you focus on the road. They vary in capabilities and functionality, but common features include eliminating all functions other than navigation and performance tracking.

Once you download one, you can set it up so that it automatically starts whenever you’re driving. Some work based on being near a physical sensor, traveling at a certain speed, or similar criteria indicative of driving.

With a good driving app, you can fully eliminate any possibility of wanting to check your phone because you can’t see or send messages and notifications.

You’re certainly going to want to enjoy the road as a new driver, but it’s important to remember that safety comes first. Teen drivers are at a much higher risk for getting in a crash and this isn’t something that you want to deal with so early in the game.

Because of this, you should know how to prevent an accident. There are a few things you should do to make this happen, including avoiding driving at night, limiting passengers, committing to following the law, and using safe driving apps.

Even as a safe driver, you can’t always prevent an accident. Despite this, you need to do your best to limit any role that you play in causing a crash. This means prioritizing your safety and taking heed of the tips mentioned above to avoid an accident!

Family Travel: 9 Places To Travel With Kids in 2023

Teens and Stress: Common Scenarios that Cause Young Adults Anxiety