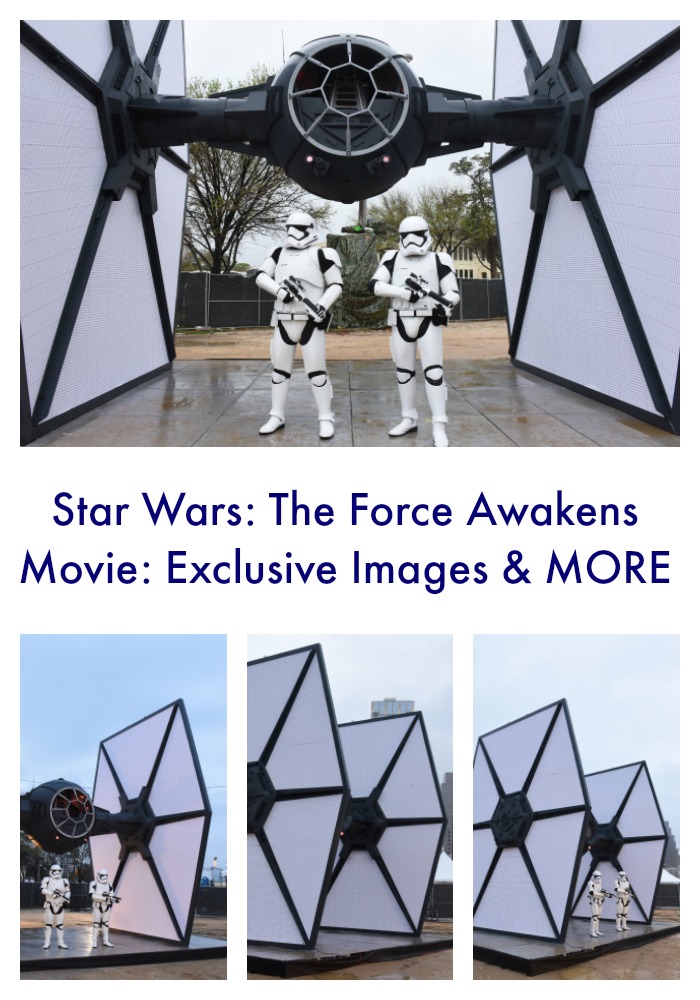 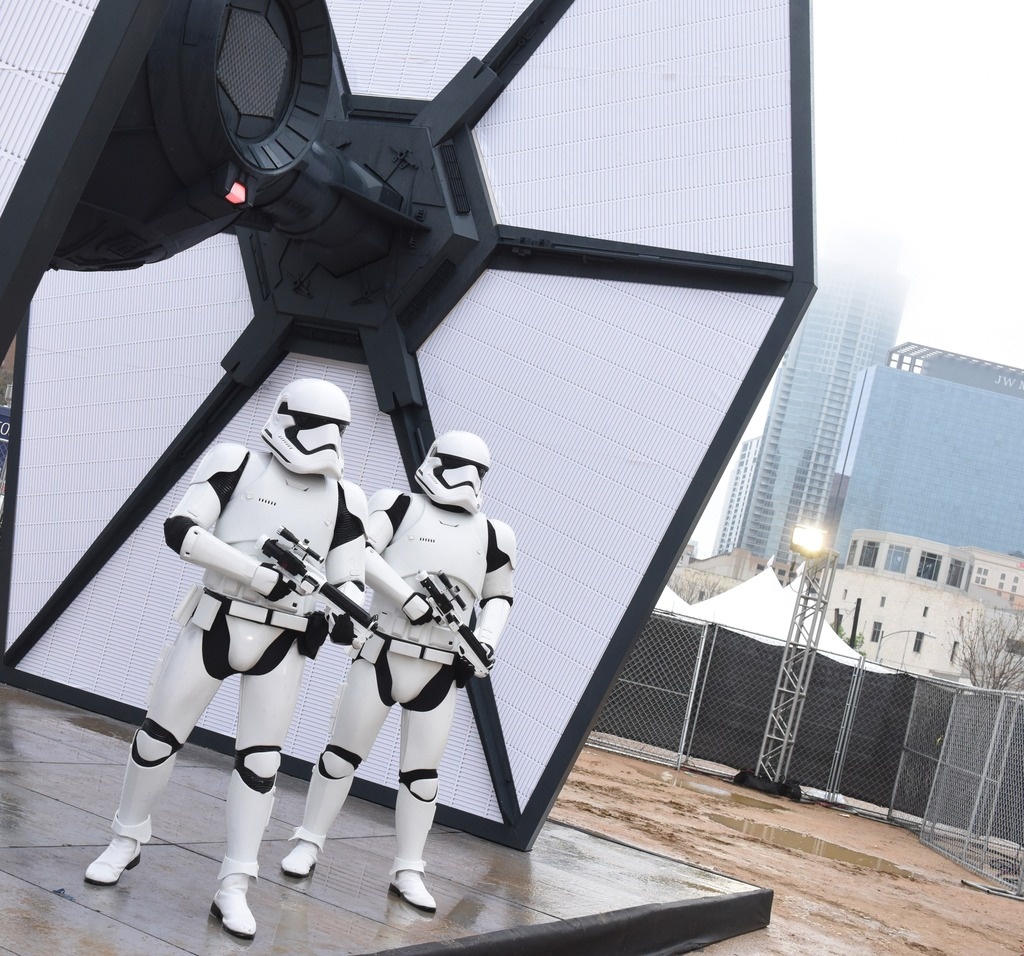 My favorite is the following one: 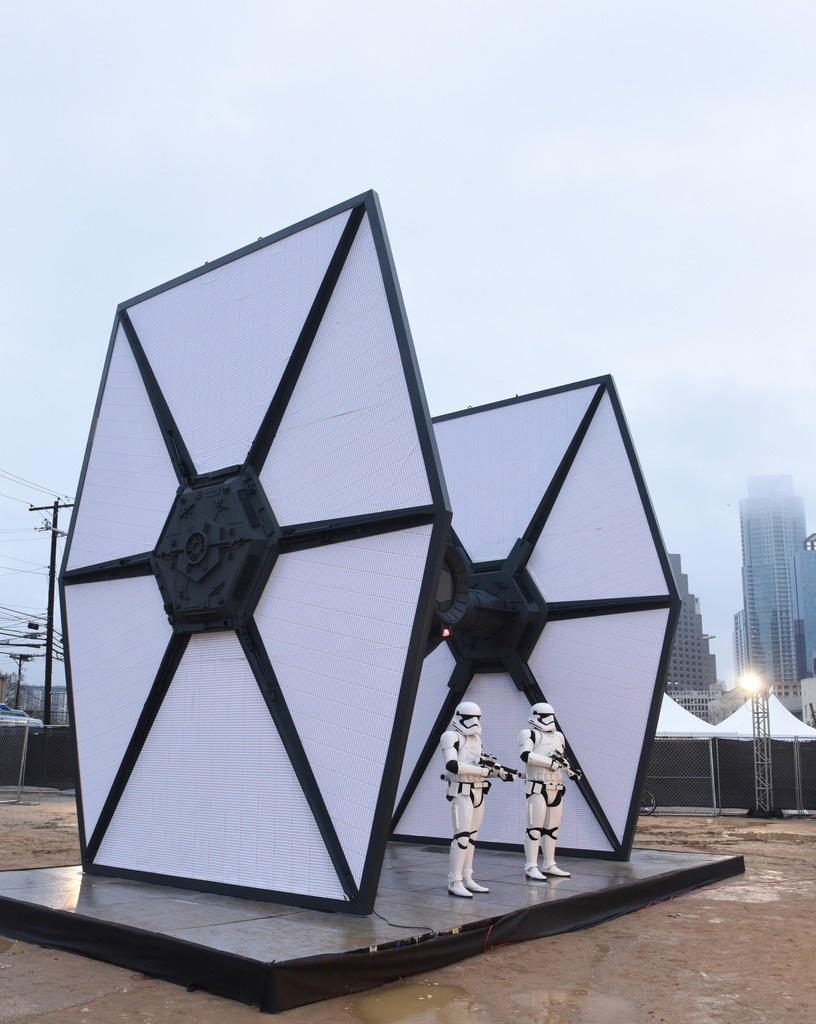 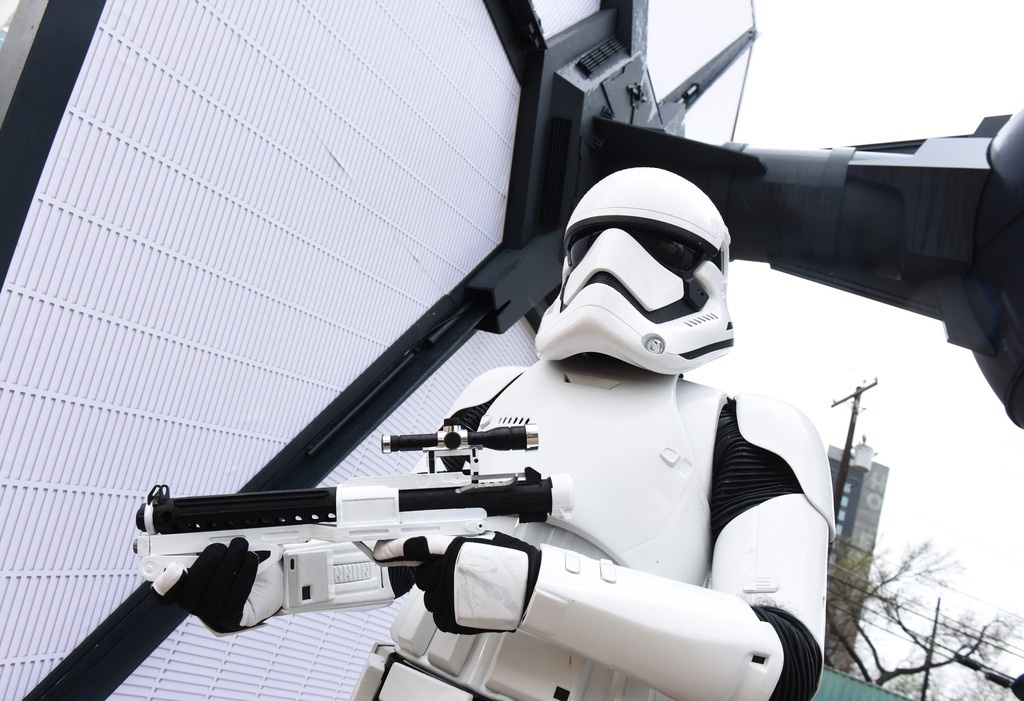 In celebration of the documentary “Secrets of The Force Awakens: A Cinematic Journey” premiering at SXSW Film Festival, The First Order TIE Fighter and stormtroopers landed in Austin today.  The feature-length documentary, which is an in-depth bonus feature on the upcoming Digital HD and Blu-ray Combo Pack debuts at the Paramount Theatre on March 14th in Austin, Texas.  The TIE Fighter will be stationed at South Bites at SXSW throughout the weekend for festival goers to experience the landing!

And here is the new trailer:

Don’t miss this popular post: Best Quotes from Star Wars: The Force Awakens.  My favorite quote is: The force is strong in my family.

Meeting with your besties! Play these awesome Star Wars Party Games. Lots of giggles are expected. My favorite party game is the backdrop photo! It is so easy to play and requires only a few materials that you might have on hand.

Are you a fan of the Star Wars Saga? Share with us your favorite moment from any Star Wars movie or from Star Wars: The Force Awakens one! I would love to hear from you.