Pomsky is a cross between Siberian Husky and the Pomeranian, which was introduced 15 years ago. This hybrid breed gives you the satisfaction of owning a Siberian Husky, which is small and more manageable. 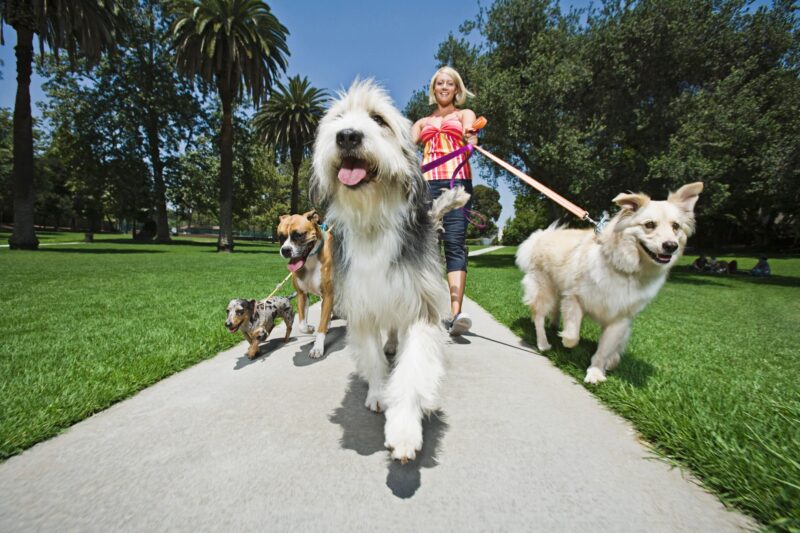 They look like miniature wolves and come in various sizes, coats types, and color patterns. They have a puppy appearance that lasts their whole lives. They have an active parent breed and are really energetic and playful, which comes in wild bursts. Understand that they also can be anxious dogs; hence, you have to be around them most of the time. They are more prone to adapt well to small families are not really large family dogs. They can be shy around children but love their owners dearly. If you feel this is the dog that matches your personality, you can look into pomsky puppies for sale.

It can get tough to manage this dog breed if you are a busy individual, as they need constant attention.

Interestingly, this breed has not gained recognition from the American Kennel Club (AKC) but has formed its own breed club known as the Pomsky Club of America. Though it is precisely not known where Pomsky initially originated, they have been popular as service dogs and recognized by the Official US Support and Service Animal Registration.

The crossbreeding of Huskies and Pomeranians is done by artificial means only to minimize the risk of breeding large and small dogs. Pomsky does not just look like a small wolf but also can howl like one.

As it is a crossbreed, you never know what will really happen, as it can take the prominent genes of any of the parents.

Toy Pomskies can be carried around in your arm, whereas those that take on more like a Husky will be bigger with lean built and strong legs.

Ideally, you would want a pup that looks like Husky but is of the Pomeranian size. This breed of dogs is small to medium-sized with lean muscular builds. Their ears point straight like wolves, and their face resembles a wolf with dark black or ice-blue eyes. Their tail is also fluffy and should curl upward. They are double-coated dogs and can shed moderately to excessive.

When you mix a small and large dog breed, their size is unpredictable based on the prominent genes. They should be 10-15 inches tall, though, and weigh about 10-25 pounds. If it is a toy variety, they will reach a maximum height of 10 inches and weigh about 7-10 pounds. The color of this breed also varies a lot. Mainly breeders aim to look like a Husky with white, silver, and black patches, but they may also have a brown, cream, tan, or ginger color. The Foxy variant looks like a red fox, whereas the White Stunner, as the name suggests, comes in pure white color from head to toe.

Their coat type also varies greatly, but breeders aim for a long wavy coat closer to the Huskies. Some may have a coarser and fluffier coat like a Pomeranian as well. If it is a longer coat dog, they will shed more and be brushed daily. Shorter coat dogs will shed moderately; hence you can get away with brushing them weekly.

They come from two parents who have prominent personalities; hence, you can expect the same from Pomsky. They are fun to be around, but equally stubborn, just like their parents. This is certainly not a breed that loves to spend too much time on the couch but will keep you on your toes. They are really talkative, though, like many husky videos you have come across. They are full of energy hence will keep you active too. They get too vocal when they feel neglected, just like the Pomeranians who yap a lot.

They are not social dogs are generally shy and withdrawn around strangers. They are not apt for families with children under the age of 10, as the child’s behavior can stress them out. They may not do well around other pets, but you can still try introducing them to your other pet slowly. Be very careful as they can easily see other pets as a threat. Leaving them alone is not easy as they can get destructive, hence keep a dog-sitter number on your speed dial always.

Pomsky should be owned by a single or couples. They are not good with large families, especially if you have children that are not old enough to understand they need to be gentle around your dog. It is not advisable to let a child play roughly with Pomsky. They can be great friends to older children tough if your Pomsky is well socialized from a young age.

Remember, this is a high-energy breed and craves a lot of attention. They will always need an owner who can keep them occupied. Taking them on walks is not enough as they want to play more. Leash training them will be tough, but you will have to be consistent since they are puppies so that it gets easier to control them later on. They can learn tricks like catching a frisbee out of the air if you teach them that. They have a high prey drive; hence, leaving them off-leash in public areas is not advisable.

If you love Huskies but are not ready to undertake the responsibility of taking care of such a large breed dog, Pomsky is a good alternative. The size may be small, but their energy levels are not on the lower end; hence, if you are an active person, only then it is suitable to get this dog breed which can become a perfect addition to your home.