Yup, we’re stuck inside for a while. Not to fear, we know there is more to a party than the snacks, the drinks, the music, and the people. There are so many party activities to enjoy with your party guests. Chances are, they haven’t played them all, or they like to stick with their favorites. This party game list includes a few of the tried and true indoor party games with a few people probably haven’t tried yet. Let the games begin! 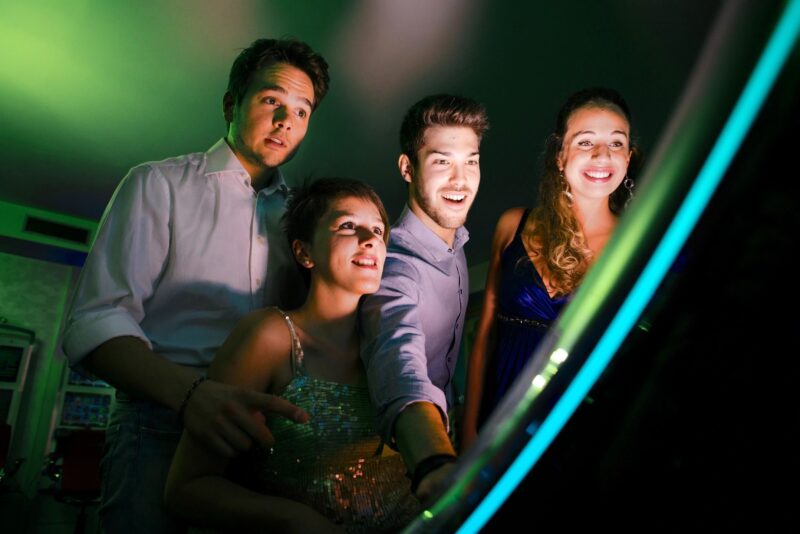 Charades is one classic game to play among friends and party guests. Charades is a game word guessing game where each person mimes hints about the word without speaking. The other people are then required to guess what the word is. There is often a timer to limit how long teams can guess and there is typically a tally sheet to track points.

Bowling is fun, but sometimes you just can’t get a space at the bowling alley for a group game. What’s the next best thing? Bowling indoors at home of course! Just make sure that whatever you use for bowling pins and the ball aren’t fragile. Also, make certain the ball and the pins stand-ins won’t go flying and break something else. Some good bowling pins would be plastic soda bottles with some water in the bottom so they don’t fall over as easily.

Everybody loves a maze and a challenge. Why not combine the two and create an obstacle course? Get some chairs, get some tape, kitchen supplies, and more to create a fun obstacle course. Drape sheets between two or three chairs so people have to crawl underneath, or taped in a doorway for people to limbo under or jump over. Pillows become mountains and tape lines become balance beams.

You may have heard of Medusa from Greek mythology. The Greek goddess Athena turned Medusa’s hair into snakes that would turn any mortal into stone. In this game, those playing huddle in a circle with their arms over the shoulders of the person next to them. They put their heads down and count to three. On three, they look up at another player. If two players find that they are looking at each other, then they both scream and fall to the ground as though killed by Medusa’s gaze.

Monopoly has been around for a long time, often sitting on dark, dusty shelves in favor of today’s video games. It is still a great game to play at a party and there are many Monopoly versions to choose from. Whether you are the thimble or the wheelbarrow, the object of the game is to have the most properties and the most amount of money. Hopefully that ‘Get Out Of Jail Free’ card will come in handy.

One way to get into the party mood is to change the mood by playing Moods! In this game, each player chooses a color. They then and take a mood stone and four voting chips of the color they have chosen. The mood cards will need to be shuffled and placed on each of the 10 spaces. They then roll a 10 sided die, choose a phrase card and say that phrase in the mood that the die rolled.

Another classic game for all ages. Almost everyone has played it at some point or another. you simply start with one chair less than the number of people. The person controlling the music stops the music whenever they feel like it. The players rush to the nearest chair and the one who doesn’t have a chair sits out. This repeats until there is a clear winner. If there aren’t enough chairs for everyone to play the game, then substitutions are needed. The chair substitutions can be hangers, socks, books, or something else that won’t break. Place those items on a table and have the players circle the table, picking up the items when the music stops.

Grab 5 to 10 paper grocery bags or paper lunch bags and trim each of them do different heights. Next, place them all on the same side of the room or the same end of the hallway. Each player can only use their mouth to move all of the bags to the other side of the room or other end of the hallway. For additional difficulty, they are not allowed to use their hands at all. A stopwatch is needed as the player who is the fastest in moving all of the bags is the winner.

Drawing is fun and you don’t have to be good at it to have a good time. This is especially true for this game. Pictionary is a game inspired by charades and each team moves a game piece to various squares. Each square has a letter or shape identifying the type of picture to be drawn. They are either person, place, animal, object, action, or a word that is difficult to represent in a drawing. Teammates must guess what the person has drawn.

What better way to pass the time than to look for specific items, sometimes with clues? Players are given a list of items they must find. They are also given a clue to their first item’s location. They then have to figure out what the location is to find their first item. When they find their first item, they will find a clue to where the second item on the list is. The person or team who finds all their items the fastest are the winners.

Taboo is another fun party game to play. The object of the game is to draw a card and you try to get your teammates to say certain words. However, you can’t say certain clue words that will help them guess what you are trying to make them say. If you get a card that says brain freeze, you probably won’t be able to say the words ‘cold’ or ‘fast’.

This one is another easy game to play. Players are asked to choose between two scenarios and pick the one they would rather do most. For example, would they rather live in a tropical climate or a frozen tundra? 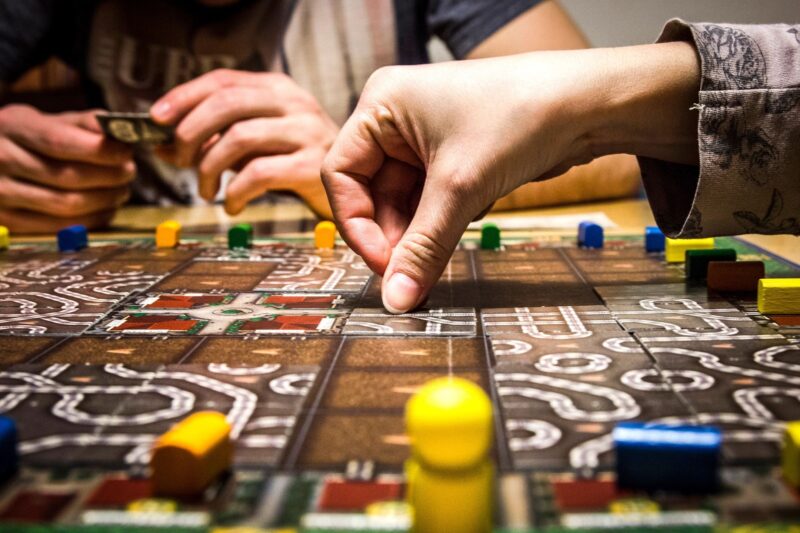 When it comes to your next party, plan ahead. There are a variety of games out there. Even if the games you have played before are your favorites, people become bored with them. A game you have never tried before can quickly become a new favorite indoor party game.