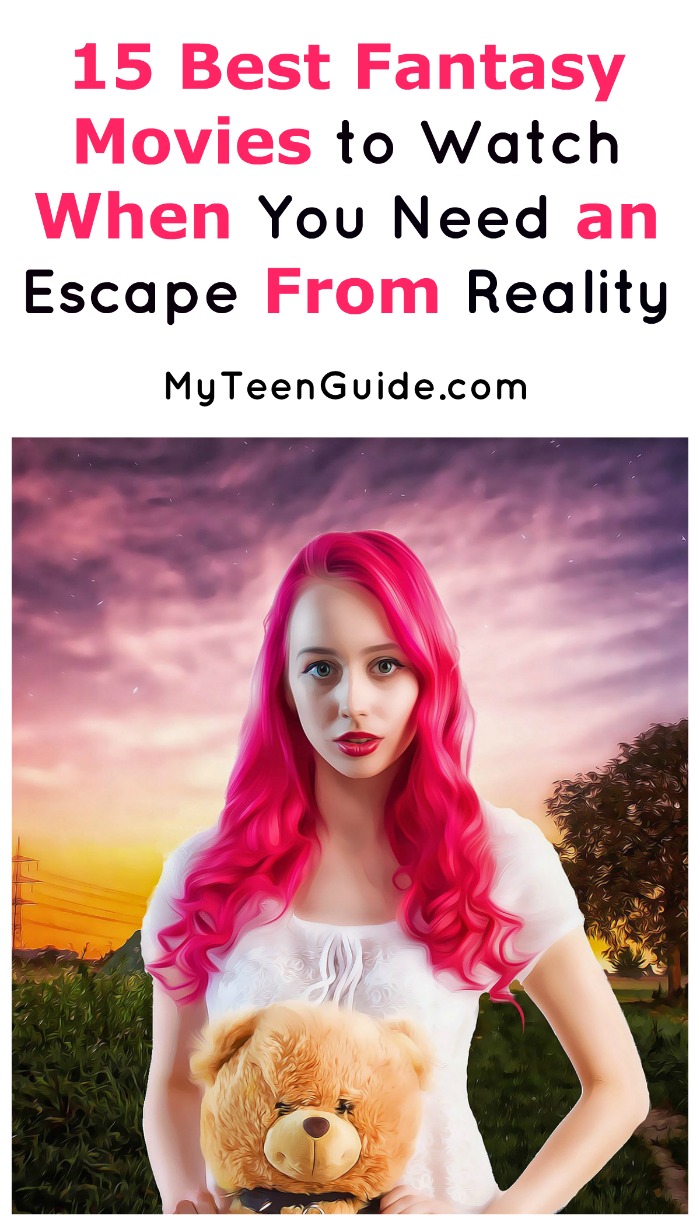 What are the best fantasy movies to watch when you need an escape from reality? If you ask 100 fantasy movie lovers to list their top 15 favorite films, chances are you’re going to get 100 different answers. Why? It’s simple. There are scads of great fantasy and everyone has their own opinion. That said, there are at least a few that seem to appear on just about everyone’s list! Check out our picks for the best ones to watch! How many of these titles would you add to your list?

Related: 5 Magically Awesome TV Shows Like Legend of the Seeker

This is the first film in the LOTR trilogy, based on books by J.R.R. Tolkien. You’ll be introduced to Middle-earth, where a hobbit named Frodo Baggins (along with his friends) travel to Mount Doom to destroy the evil One Ring.

There is a total of eight films in the Harry Potter series, all based on books written by J.K. Rowling. Watch Harry and his friends grow up as he attempts to defeat Lord Voldemort.

This fantasy intertwines a mythical world with real world Spain in 1944. Follow young Ofelia as she meets and interacts with strange creatures in a magical garden labyrinth.

Directed by Jim Henson, The Dark Crystal’s main character is a “Gelfling” named Jen. He’s an elf-like being who’s on a mission to save his world by returning a missing shard to a powerful jewel.

As you might guess, the movie Excalibur revolves around the well-known legend of King Arthur and the Knights of the Round Table. It premiered in 1981 and remains to be a classic.

Willow is a simple farmer who is unexpectedly given the task of protecting a special baby from the evil queen. This queen wants to destroy the child and take over the world.

How to Train Your Dragon

This DreamWorks movie takes place in an imaginary Viking world. You’ll meet Hiccup. He’s a teenager who wants to become a dragon slayer… or does he?

Join Sarah as she goes on a fantasy adventure to save her baby brother from a giant maze. David Bowie stars as a Goblin King named Jareth.

The Princess Bride tells the story of a farmer who goes on a long journey to save his true love from a repugnant Prince. Several new friends help the farmer along the way.

The Wizard of Oz

This timeless classic takes you to the wonderful land of Oz. Join Dorothy, Toto, the tin man, the cowardly lion and the scarecrow as the fight off the Wicked Witch of the West, in order for Dorothy to get back to Kansas.

La Belle et la Bête is the French version of the popular children’s classic The Beauty and the Beast.

The NeverEnding Story is about the adventures of a young warrior who takes on the job of stopping the Nothing (a dark storm) from destroying his world.

Clash of the Titans

Clash of the Titans is the re-telling of the mythological tale of Perseus, the grandson of King Acrisius of Argos. It was the highest grossing movie of 1981.

Monty Python and the Holy Grail

This film, written by and starring the British comedy group Monty Python, is a parody about King Arthur and his attempt to locate the Holy Grail.

Meet Tristan. He goes through the wall of his village and ends up in the kingdom of Stormhold. It’s in this magic place that he meets the beautiful Yvaine, who is running away from an evil witch.

There you have it. One example of a list of 15 of the best fantasy movies to watch of all time. Of the titles you haven’t heard of or never watched, which one appeals to you the most? Feel free to leave a comment below.