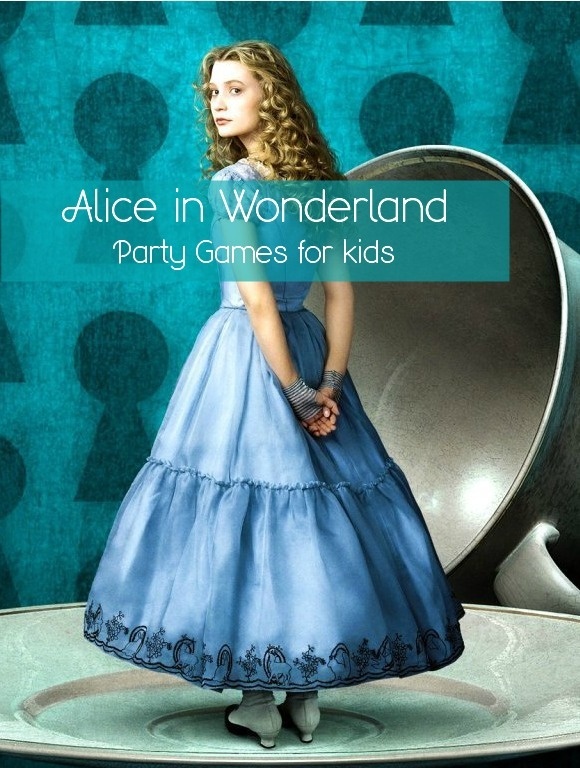 Plan an exciting trip down the rabbit hole with these Alice in Wonderland party games for kids! Alice and her magical journey through the mysterious world of Wonderland is a story that has captivated kids and adults alike for generations. While the story has been told through dozens of movie incarnations, the most popular for kids are, of course, the Disney versions (both the animated and the 2010 live-action starring Johnny Depp as the Mad Hatter). Take a look at our ideas for awesome Alice in Wonderland party games for kids!

Affiliate links are included in some of the product mentions below, as well as the party prizes collage.

At the Mad Hatter’s tea party, things get a little crazy when you yell “clean cup, move down, move down!” Set up your own silly musical chairs tea party with a twist by placing chairs all around a table and putting enough Alice in Wonderland coloring sheets for each child. Let kids start coloring, then shout “clean cup, move down!” Each child must shift around the table to the chair to their right and continue coloring that person’s sheet. Go around until everyone has had a chance to color every sheet. You should have a totally mad mix of styles! Make it more exciting by using different medias, like crayons at one “station,” pastels at another, paints at yet another and so on.

I suggest the Alice in Wonderland Giant Poster and Coloring Book

because it’s nice and large. If your table can’t accommodate that, simply set up different stations throughout the room to rotate through.

You can’t have Alice in Wonderland party games without a Caucus Race! While the political meaning of this particular scene in the book is lost on young kids, the fun is definitely there! The rules of a caucus race? There are no rules! Everyone runs around all crazy like and where they stop, they stop. Everyone wins. Basically, you’re giving the kids a chance to burn off energy by acting like crazy little dodo’s! Want to make it more authentic? Play this game after a run through the sprinkler (if it’s warm enough), as the Caucus race is a great way to dry “feathers and fur.” 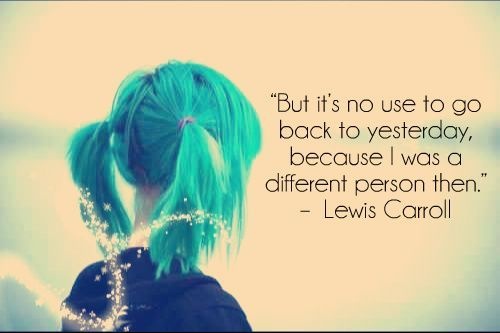 There are so many ways to pull off this game, from super complex obstacle courses on playgrounds to simple hurdles made from pool noodles and varying lengths of wooden stakes. Whichever you choose, the goal is to make some parts of the course low to the ground so kids have to “shrink.” They can crawl, do the crab walk, or walk on their hands and knees. Set up shrinking potions (small cups of punch, water, etc) before the parts that require shrinking and a tasty treat for when they have to grow.

These are just a few of the Alice in Wonderland party games for kids that I thought of off the top of my head. You may notice that I’m a little mad for Alice! It so happens to be my all-time favorite book and movie (both Disney versions). Alas, I have a boy and he’s not into it, so I’ll never get to throw a party with that theme. Aren’t you sad for me? You know what would cheer me up?

Leave us comment from you telling me which of these are your favorite Alice in Wonderland party games!