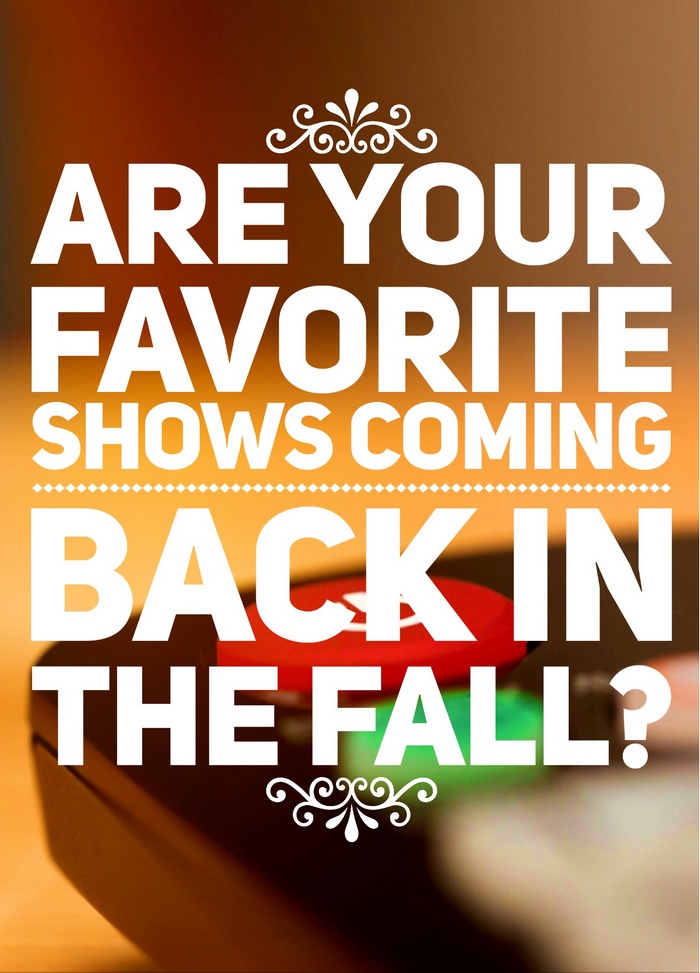 Every year, the networks put out what they call the “upfronts,” where they announce the shows coming back in the fall  and shows that got cancelled. I’m not going to give you an exhaustive list of all the canned and renewed shows because, let’s be honest, half of them are boring anyway. I dug out the shows that we really care about and found out their status!

So here you have it, a condensed list of your favorite shows coming back and, sadly, a few that got canned. Some of what goes was completely expected. Some, well, let’s just say I cried for a moment. Then again, some of what was renewed made me cry a little too! Hopefully your favorite shows made the list and are returning in the fall!

First, the bad news. Then again, for some of these shows, maybe it’s good news! I hope none of your favorite shows are on this list!

Favorite Shows Coming Back in 2015

So there you have it, a very shortened list of what I personally think are the important upfront announcements regarding favorite shows coming back and going. Stay tuned for an update of what’s new this fall!

So, are your favorite shows coming back or did they get cut? Did I miss any of your favorites that you want to know about? Talk to us in the comments!