Drivers of any age are at risk when they’re on the roadways, but the risk is significantly greater for teen drivers.

From inexperience to distracted driving, teens are a risk to themselves and other drivers. In 2019 speeding accidents led to nearly 9,500 deaths in the United States. According to the Centers for Disease Control and Prevention (CDC), teens are more likely to speed than older drivers.

In 2019, 31% of male drivers between the ages of 15 and 20 and 17% of female drivers in that age bracket involved in deadly crashes were speeding. 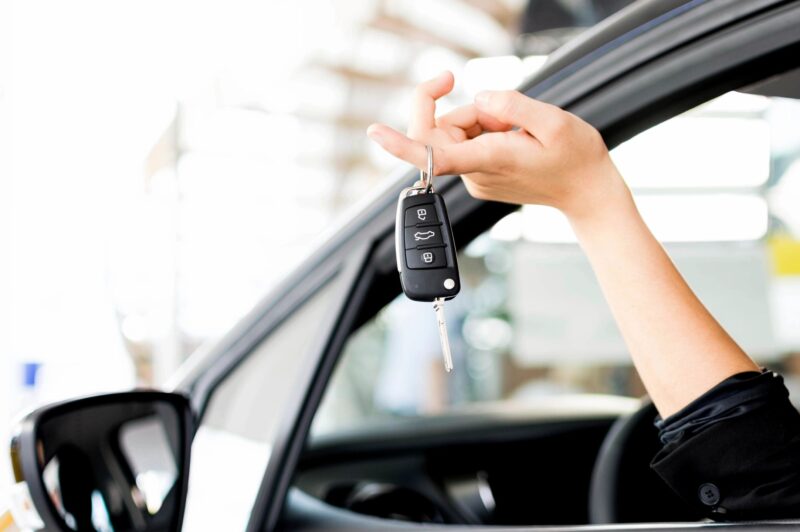 Teens need the appropriate level of auto insurance to protect themselves and others they share the road with.

If you want your teen to grasp a sense of responsibility, you might want them to cover their own costs of driving and car ownership, which includes insurance.

So, with that in mind, can a teen buy their own car insurance, and if they can, should they?

The Costs of Insurance for Teens

No matter how you approach it, car insurance for a teenage driver is expensive. The younger the driver you’re insuring, the more expensive the coverage will be. Even the difference in the risk of being in an accident is substantial in a 16-year-old versus an 18- or 19-year-old.

The company you choose has a lot to do with it too.

A parent may have to co-sign, and an insurer may not sell to someone who’s younger than 18.

If your teen buys their own insurance, their premium is almost always going to be more expensive than it would be if you added them to your existing policy.

Another reason your teen might get their own policy is if they want to be independent financially.

If your child has a license and they live with you under your roof, they need to be listed as a driver on your policy unless they’re getting their own policy. If a child is a minor, while they technically might be able to get their own policy, you’d have to cosign as mentioned, and it would be much more expensive.

You may also be eligible for discounts, making adding a child to your existing policy a better decision.

Adding your child to your policy can include lower premiums and easier management of policies.

If your teen isn’t listed as a driver on your policy but regularly uses one of your vehicles, coverage might be denied if they’re in an accident.

As soon as your child gets their license, you should add them to your policy. You might even want to get in touch with your insurer before they get their license because there are companies that can require teens with learner’s permits to be insured.

If you’re still thinking about whether a teen should get their own policy, the reality is as long as they live with you and you have any sort of financial interest in the vehicle they drive, you should consider keeping them on. That doesn’t mean that your teen can’t pay their premiums—they’d just be paying it to you instead of the insurance company to cover the costs.

Your child might not get their own car insurance until they no longer live with you, or they’re the sole owner of the vehicle they drive.

To sum up, teens not only have a short driving history and pay high premiums, but they have a limited credit history, and they’re not going to qualify for many of the discounts you do, like bundling, loyalty, and insuring more than one vehicle. Putting them on your policy is nearly always the best option.