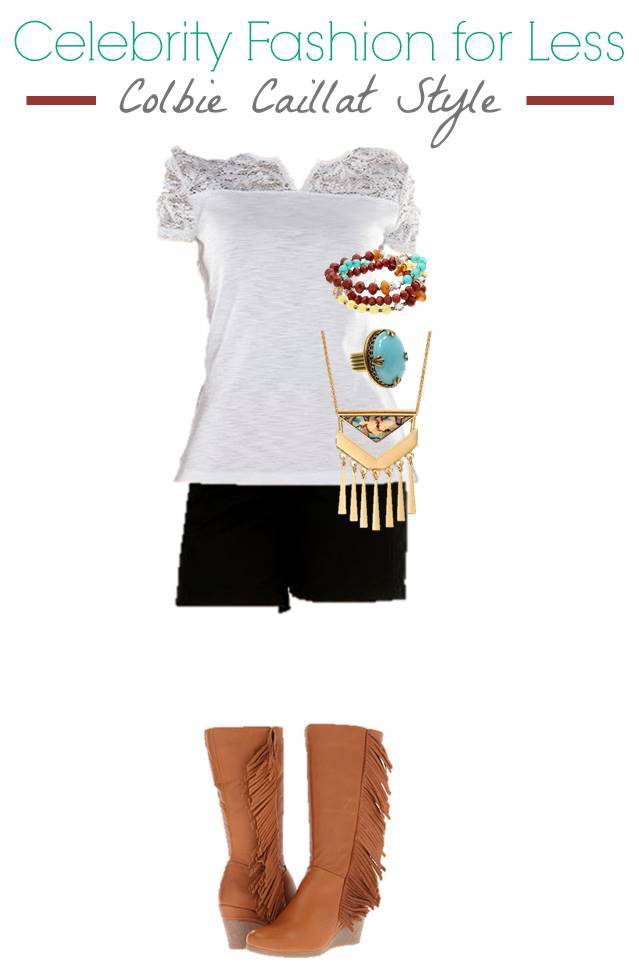 Love how American singer-songwriter Colbie Caillat dresses, but don’t have a pop star budget? We’ve put together a Colbie-inspired outfit that costs less than $225! The boots are the most expensive part, and you can wear those with other outfits. In fact, each piece of this Colbie Caillat outfit can be worn with other pieces, stretching your wardrobe much further.  Read on to learn how to dress like a celebrity for less!

The small details really make a celebrity look-alike outfit. Of course, they’re also the hardest to “fake.” Think about it: most celebs have the cash to splurge on one-of-a-kind jewelry at super upscale Beverly Hills boutiques. Thankfully, Colbie Caillat maintains her beachy cowgirl look right down to the last detail, so you can grab some inexpensive accessories at Kohl’s and Amazon to emulate her style. Pictured above:

Colbie Caillat isn’t just a laid-back fashion icon, she’s also quite charitable! Did you know that a portion of the proceeds from her “Girls Night Out, Boys Can Come Too” tour goes to benefit two charitable organizations: Givewell and Music Cares? Check out tour dates on her official page.

If you’re going to walk the walk of Colbie, you should be able to talk the talk, right? Check out these five fun facts about Colbie!

Do you know any other fun facts about Colbie Caillat? Have another celebrity that you’d like to see us do a fashion board for? Share in the comments!