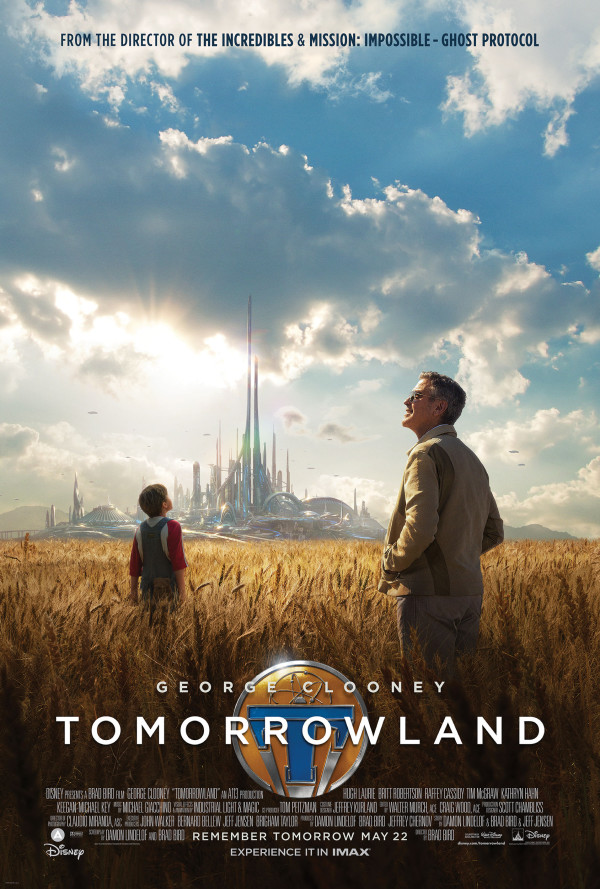 Are you getting excited about the upcoming release of Tomorrowland? I am! I think it’s going to be such a fascinating movie. I’ve always believe that time is a human concept that doesn’t really exist,  so the idea of a place that exists between space and time? So cool! I would LOVE to live there, especially since I’m always running out of both time AND space!

Want to get a sneak peek at the characters of Tomorrowland? Check out these cool featurettes and asey (Britt Robinson) and Athena (Raffey Cassidy), the two stellar girl leads in the film. Casey is a smart and optimistic teen filled with scientific curiosity. She offers balance to the disillusioned former boy genius, Frank (played by George Clooney). Maybe some of her sunshine will rub off of the grump?

Athena is a childlike android and ally to Frank. It’s her idea to recruit Casey for their mission. What mission is that? I guess we’ll have to watch the movie to find out! In the meantime, check out these two cool teaser trailers to get a peek at the characters!

From Disney comes two-time Oscar(R) winner Brad Bird’s riveting, mystery adventure “Tomorrowland,” starring Academy Award(R) winner George
Clooney. Bound by a shared destiny, former boy-genius Frank (Clooney), jaded by disillusionment, and Casey (Britt Robertson), a bright, optimistic teen bursting with scientific curiosity, embark on a danger-filled mission to unearth the secrets of an enigmatic place somewhere in time and space known only as “Tomorrowland.” What they must do there changes the world–and them–forever.

Check out the Tomorrowland Website and Mobile site to learn more about this awesome movie! Tomorrowland releases in theaters nationwide on May 22nd.

Will you be seeing Tomorrowland? Which character are you looking forward to learning more about in the movie?