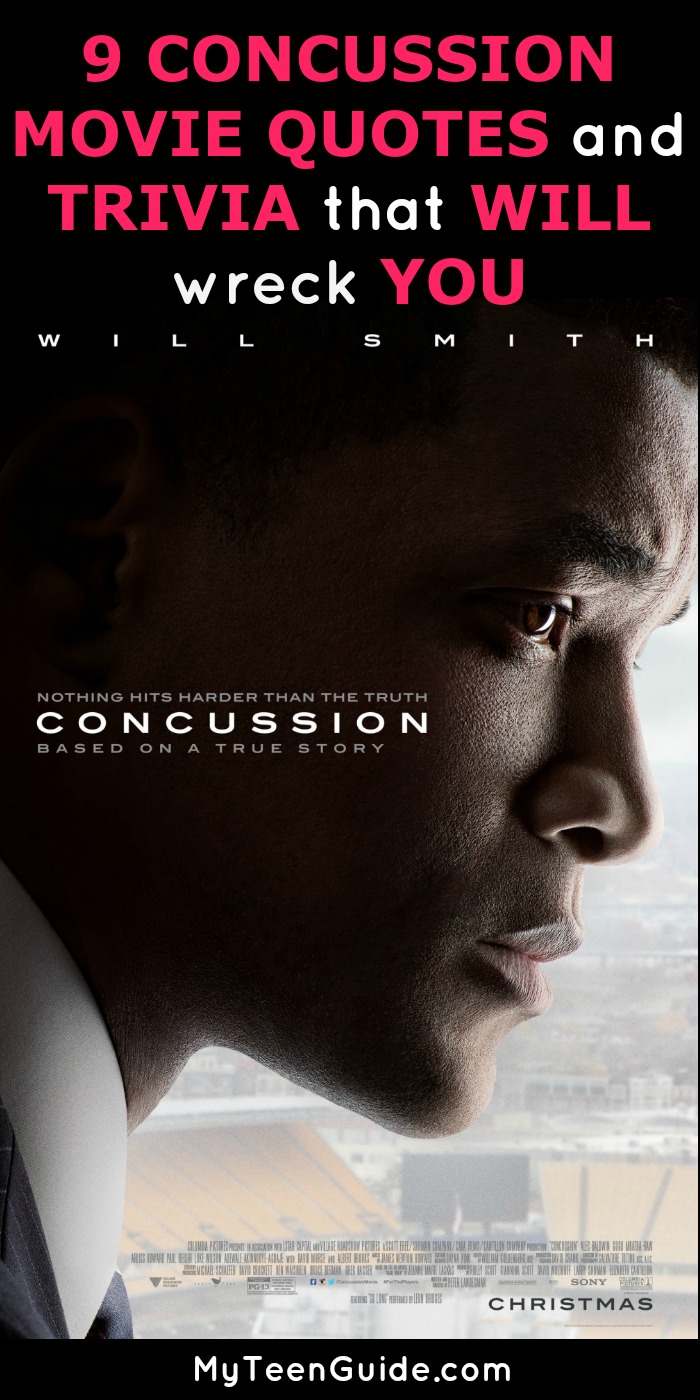 Football injuries can cause some serious damage, and the Concussion movie quotes and trivia prove it! It was a big deal when people started talking about the crazy effects that sports, particularly football, can have on an athlete’s body. The damage is permanent, all for the sake of the game. So when a scientist makes a major discovery about the health of football players, The NFL wants nothing more than to dismiss and silence him. Chilling and intense right? Check out more about the movie Concussion including movie quotes, trivia and more below!

9 Concussion Movie Quotes And Trivia That WiIl Wreck You

Concussion is a 2015 biographical sports drama movie that is based on the expose Game Brain, written by Jeanne Marie Laskas and was published in GQ Magazine on September 14, 2009. The movie stars Will Smith in the leading role of Dr. Bennet Omalu. The movie was released in theaters on December 25, 2015, by Columbia Pictures. Here are some Concussion movie quotes and trivia. I’ve also added the movie trailer because it always helps me get into a movie!

Dr. Wecht- “You need to touch somebody alive once in a while.”

Dr. Bennet- “I think more about why people die, that is all I do.”

Dr. Wecht- “What if they show up here with a warrant?”

Dr. Bennet- “On suspicion of what? Science?”

Dr. Bennet- “I am the wrong person to have discovered this.”

Prema- “If you don’t speak for them, who will?”

Prema- “If you want to marry me, I will marry you.”

Dr. Bennet- “That’s good because I already made the down payment.”

Which of these Concussion movie quotes or trivia spoke to you? I missed this movie when it was in theaters but Will Smith completely kills it, and I can’t wait to watch it again! Tell me your thoughts in the comments.