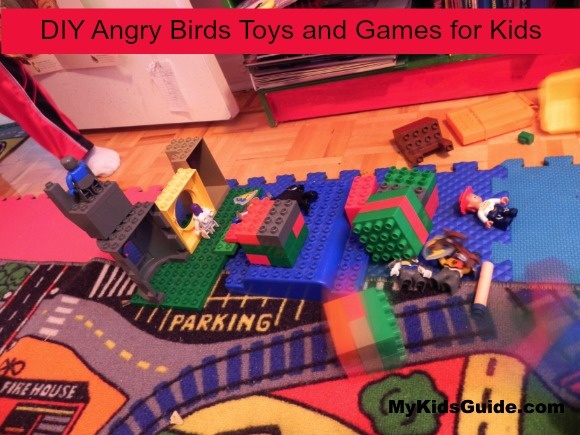 Despite the fact that Christmas had passed less than a month ago, and that his birthday is at the end of December, my son decided to have a fit because we would not take him to the toy store to get some Star Wars Angry Birds toys.  He really wanted to get the Death Star set, and though he normally did not bother us about toys all that much, he did not give up easily.  I could see that my wife was about to blow her stack when an idea popped into my head.

I told my son that we could make our own Angry Birds game, without any actual Angry Birds products.  I could tell that he was intrigued; he wanted to know more.  We still have his old Mega Bloks in a storage bin, though he tends to use his Lego sets more these days.  I knew that the Mega Blocks would be better suited to our task.

Create your own Angry Birds toys for kids 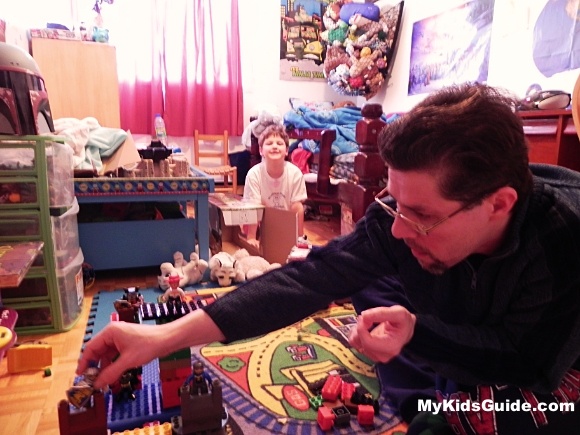 We went to his room and I showed him how we could make a fragile castle by creating some large sections (using four or five blocks) that could be placed on top of (not connected, that is important) or lean against each other.  We needed to design this castle with the thought of creating posts where the “pigs” would stand, waiting to be knocked over.  Instead of pigs we opted for Knights from the Mega Blocks set.  Then we needed to come up with a missile weapon of some kind to act as the Angry Birds.  We have several NERF guns, so we gathered up some of the bullets and loaded up the gun.

My son set himself well back and fired his clip, failing to hit even a single block.  He decided that a shorter range would make sense, so he inched forward, and when that failed, moved closer still.  Finally the castle began to fall, and the knights with it.  My son decided that was too easy, so he crafted a more challenging castle and started shooting away, this time from a bit further back. 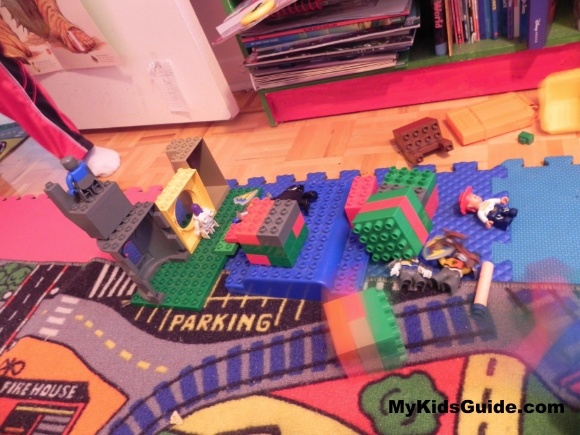 It would not have been difficult to just yell at my son for his ridiculousness.  He has so many toys he cannot play with them all, yet here he was asking for more.  Admittedly, he was asking to spend his own money, and I am a firm believer that he should be allowed to spend his money as he sees fit.  He only gets allowance when he does work, so who am I to tell him how he can spend it?  I was partially to blame for his obsession with Angry Birds, however.  I knew that he was watching YouTube videos in the morning, ones made by the son of the Angry Birds creator, who gets all of the products for free and posts half hour videos about how great they are.  How could I blame my son for wanting these toys?

In the end his mood flipped and he stopped asking for Angry Birds products…and I told him the shows he is allowed to watch on YouTube (no more infomercials).  Using creativity I turned a problem into a fun idea for the kids.