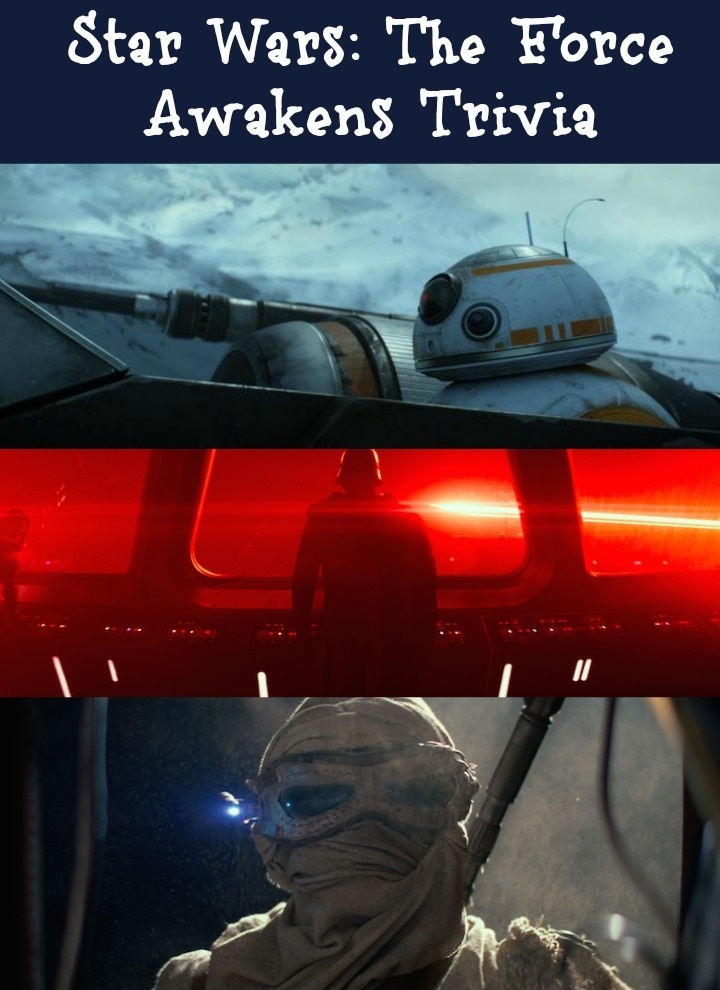 There are three lead characters in The Force Awakens, all new characters: Rey, Finn and Poe Dameron.

Related: Your Guide to the Characters of Star Wars: The Force Awakens

There have been two movie trailers for The Force Awakens. In the first trailer, Andy Serkis does the voiceover, includes brief action scenes from Finn, Rey and Poe Dameron and ends with the Millennium Falcon flying over Jakku. In the second trailer, Mark Hamill does the narrating and features Darth Vader’s skull, amazing shots of Kylo Ren and a damaged Imperial Star Destroyer.

Did you learn any new fun facts about Star Wars: The Force Awakens? Got any cool trivia facts floating around in you head about the Star Wars universe that you want to share? Tell us in the comments!