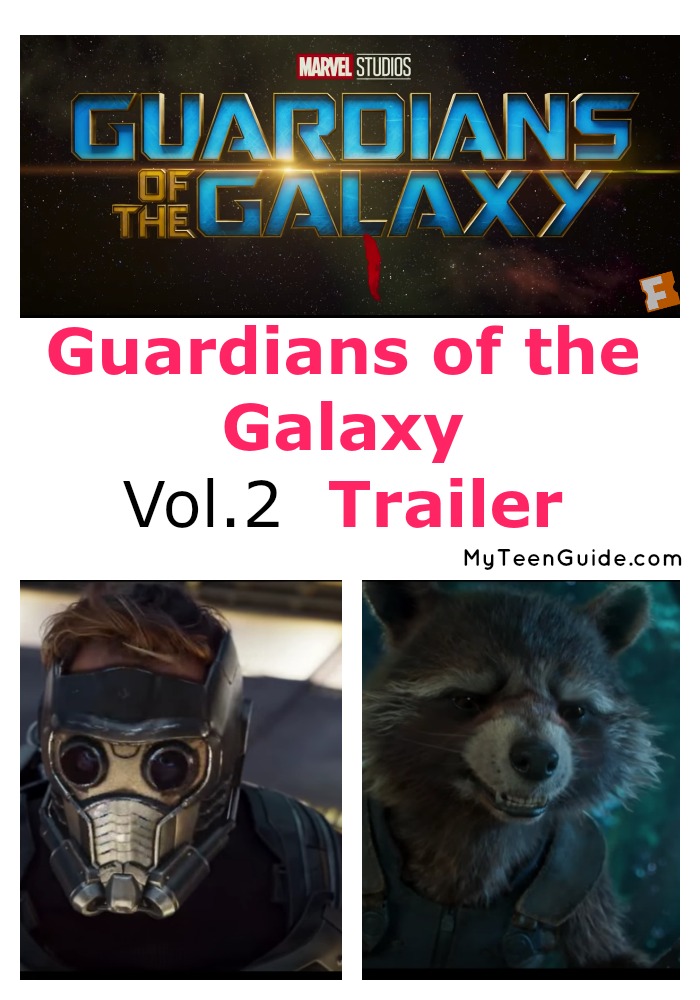 The movie takes places two months after the 2014 one. The team travels through the cosmos as they help Peter Quill discover his true parentage.

Guardians of the Galaxy Volume 2 sees the return of several cast/characters from the 2014 movie including:

The film also introduces us to some new faces as well including:

A photo posted by Guardians Of The Galaxy (@guardiansofthegalaxy) on Dec 3, 2016 at 4:57pm PST

I am a huge fan of the Guardians of the Galaxy, especially Groot. In case you don’t know, Groot is a tree-like humanoid. Actually, I love Vin Diesel, even if it is just his voice. However, as we see in the trailer, we have Baby Groot now. Now, at the end of the 2014 movie, we all saw a glimpse of Baby Groot dancing away, after everyone thought he had died. However, here is my question: Is this the same Groot or is Baby Groot actually Groot’s son? Hmmmm…something to think about!

In the opening seconds of the trailer, a voiceover says, “The fate of the universe lies on your shoulders.” Wow! What a way to open the trailer, with a deep, powerful statement. This is apparently being said to the superhero team.

The absolute best part of this trailer was about 10 seconds into it. Rocket is trying to tell baby Groot not to touch the red button, or the bomb will explode, and everyone will die. Then, Rocket asks Baby Groot to repeat what he said, and all Baby Groot can say is “I am Groot,” while pointing to the red button, which annoys Rocket. This scene is absolutely hilarious.

Did you get the chance to watch Guardians of the Galaxy Volume 2 Trailer? Are you looking forward to watching the movie? Tell me in the comments below.