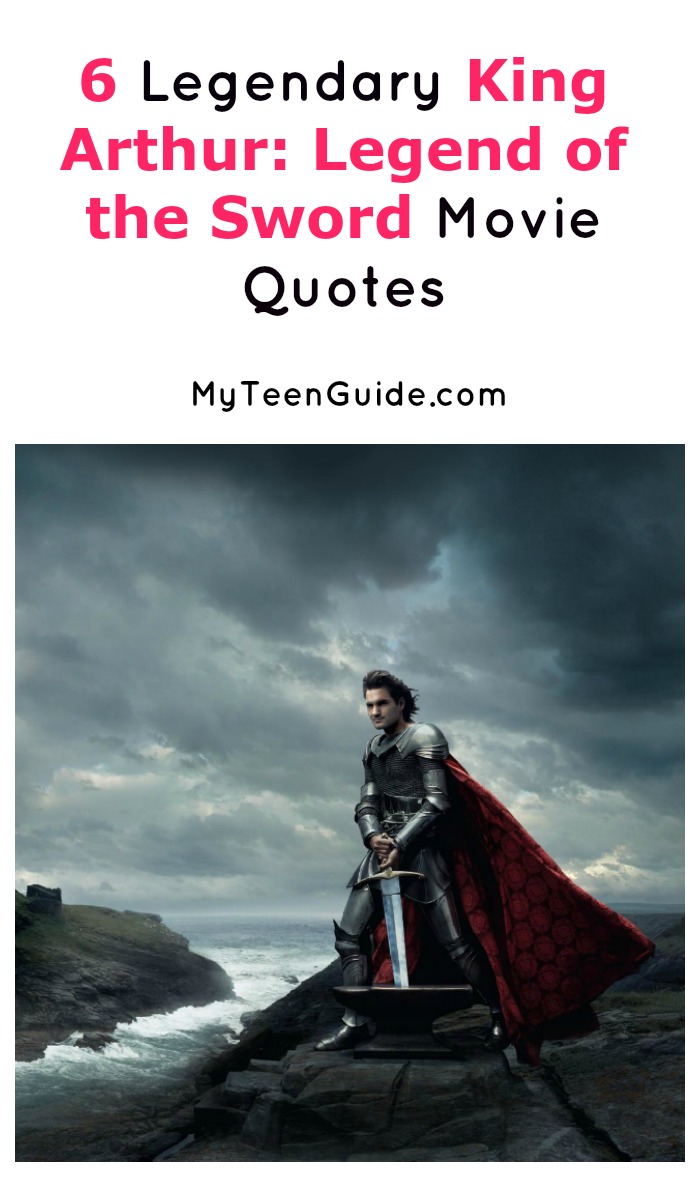 Looking for a few awesome King Arthur: Legend of the Sword Movie Quotes? We’ve got you covered with five fabulous lines from the movie plus a fun bonus quote from Guy Ritchie! King Arthur: Legend of the Sword is an upcoming epic adventure-drama movie that will be released in theaters on May 12, 2017. The movie stars Charlie Hunnam as King Arthur, Jude Law as Vortigern and Eric Bana as Uther Pendragon. Here are some great quotes from the upcoming movie.

King Arthur voiceover in the beginning of the movie trailer:

King Arthur- “I am here now. Because of you. You created me. And for that, I bless you.”

Jack’s Eye- “Now tell me a story. Tell me every detail.”

King Arthur- “From a nightmare.”

King Arthur- “Then me and the lads took care of business.”

King Arthur- “Are you writing a book? They all lived happily ever after.”

Jack’s Eye- “No, they did none of that, because for the first time there’s something you don’t know, something nobody told you.”

As we already know, Charlie Hunnam plays the role of King Arthur in the movie. Also, Michael McElhatton is slated to play the role of Jack’s Eye. However, we aren’t too sure just who exactly the Jack’s Eye character is, since Warner Bros. is not releasing much information about the character. Even from the movie trailer, it is hard to tell who he really is. Guess we’ll have to wait for the movie to find out!

The Legend of the Sword comes to life March 2017. #KingArthur

King Arthur- “I’m not getting drawn into this mess, there’s any army of you, there’s only one of me. I’ll talk, I’m happy to talk, but there is no way that I am fighting.”

Conversation between King Arthur and Vortigern:

King Arthur- “So what happens now?”

So, the character of Vortigern is played by Jude Law. When Arthur’s father was killed, Arthur’s uncle, Vortigern, took control of the crown.

Extra: Here is a quote from the movie’s director, Guy Ritchie, that he provided in an interview with Entertainment Weekly. I don’t know but it sounds to me like the director may have plans for more King Arthur movies in the future, should this one be successful. What do you think?

Guy Ritchie- “As much as anything, I enjoy the process of filmmaking. Going back to Sherlock was very fun. Going back into this would be great fun. I like the world. I like Charlie. I liked everyone I worked with. It’s just a world that I’d like to stay within for a while. It’s not like there aren’t enough stories to be told within the mythology of Arthur and all of the characters within it with Merlin, with the sword, with Guinevere, with Lancelot. There are lots of untapped narrative still to be dealt with.”

Have you heard any awesome King Arthur: Legend of the Sword movie quotes? Share in the comments!