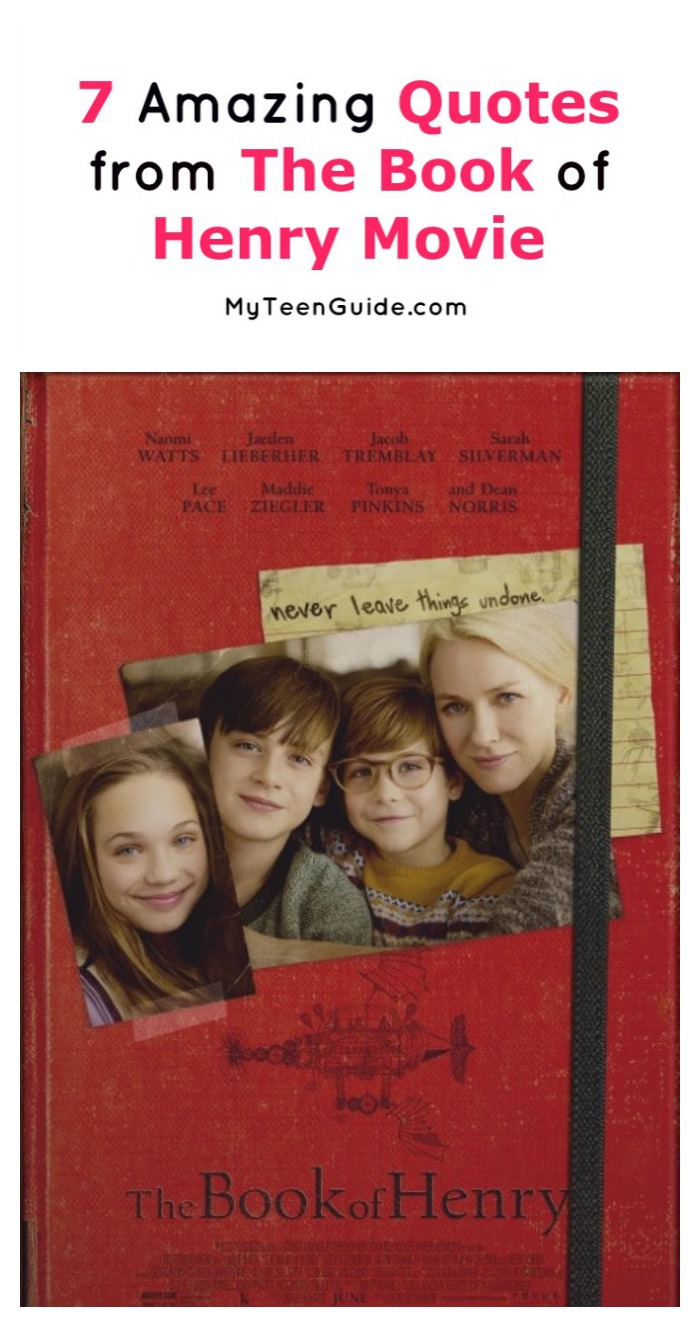 Get ready for 7 of the most beautiful and epic The Book of Henry movie quotes you need to read! They’ll definitely inspire you to see this one! As we told you yesterday in our trivia post, The Book of Henry is a heartwarming drama thriller movie that will be released in theaters on June 16, 2017. Here are some awesome quotes from the upcoming movie.

The Book of Henry Movie Quotes

Don’t get sold out! Head to Fandango to get your movie tickets for The Book of Henry!

1. Henry Carpenter, as a voiceover in the movie trailer’s opening, giving a speech in class:

Henry- “Our legacy isn’t how many commas we have in our bank account. It’s who we’re looking up to have in our lives. And what we can lead them with.”

Henry Carpenter is the main character in the movie, played by actor Jaeden Lieberher.

June 16 Everybody! #TheBookofHenry (#repost @TheBookofHenry – @JacobTremblay is Peter, the brother who makes sure nothing is left undone.)

Mrs. Evans- “Henry! Remind me again why we can’t put you on a gifted school.”

Henry- “Because it’s better for my Psycho Social Development, for me to interact with the peer group at a normal school environment.”

Mrs. Evans is Henry’s teacher, played by actress Geraldine Hughes. Henry is smart beyond his years. His teacher wants him to attend a school for gifted children, but Henry chooses to say in the school he is in, so he can improve his social skills.

3. Conversation between Sheila and Susan Carpenter:

Sheila- “I don’t know how you do it, all by yourself.”

Susan- “Come on! I have Henry. Find me another male of the species who’s more grown-up than him.”

4. Henry Carpenter, as a voiceover in the movie trailer:

Henry- “This story is about me, my brother, my mom, and the girl who lived next door.”

Christina Sickleman is the girl next door.

Christina- “Henry and Peter, they’re lucky to have you.”

Susan- “And your father’s lucky to have you too.”

Christina Sickleman is the neighbor and friend of Henry. The role is played by actress Maddie Ziegler.

Henry- “Mom, I have to tell you something and it’s very important. Christina’s in trouble.”

7. Henry Carpenter, as a voiceover in the movie trailer:

Henry- “When someone hurts someone else, we have to make it better. There’s only one way to stop it. I’d hope to do it all myself, but that’s not an option.”

After reading these The Book of Henry movie quotes, I feel like this is going to be a really powerful movie. I am hoping that the ending will prove to be as  heartwarming as I’m thinking it will be. Like 13 Reasons Why, it addresses some really important topics that I think we all need to spend a little more time thinking about. Unlike the Netflix original, though, I think that ultimately it will have a happy ending.

How about you? Do you think The Book of Henry will have a happy ending? Have you heard any other movie quotes?