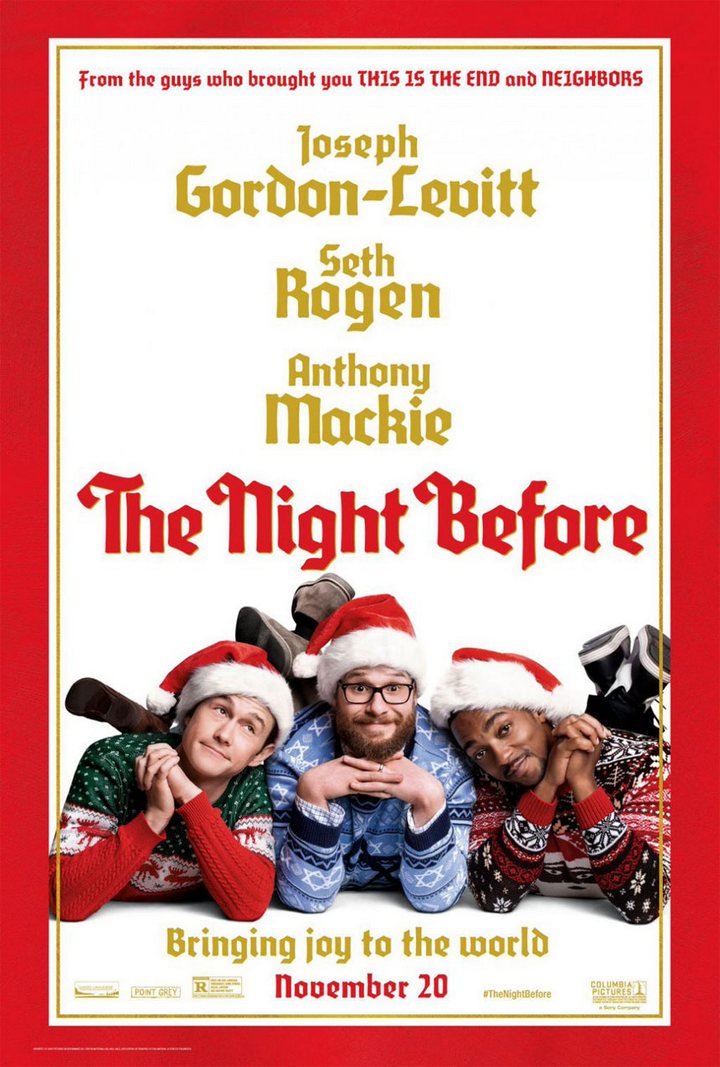 The Night Before Movie is an upcoming Christmas comedy movie that is due to be released in theaters on November 20, 2015. The movie is directed by Jonathan Levine, produced by Seth Rogen and Evan Goldberg and written by Jonathan Levine, Evan Goldberg, Kyle Hunter and Ariel Shaffir. Initial photography on The Night Before started on August 11, 2014, in New York City. The actual filming of the movie started three days later on August 14, 2014, in New York City, near 112th Street and Broadway. Seth Rogen was spotted filming some scenes in Manhattan, outside of a church, on August 22, 2014. The movie crew was also spotted on January 5, 2015, taking pictures of the Christmas tree at Rockefeller Center.

The Night Before is rated R due to its drug use, language. The movie surrounds three childhood friends; Ethan, Isaac and Chris. Each and every year, they get together on Christmas Eve for a night of crazy fun. However, the men are now entering adulthood so they want their last bash to be a big one. So they set out to find the party of all Christmas parties, the Nutcracker Ball.

Cast of The Night Before Christmas Comedy Movie

Trivia of The Night Before Christmas Comedy Movie

Save the date for this upcoming Christmas Comedy movie.