If you’re a fan of films featuring drama, music and romance, then you’ll love these movies like A Star is Born. 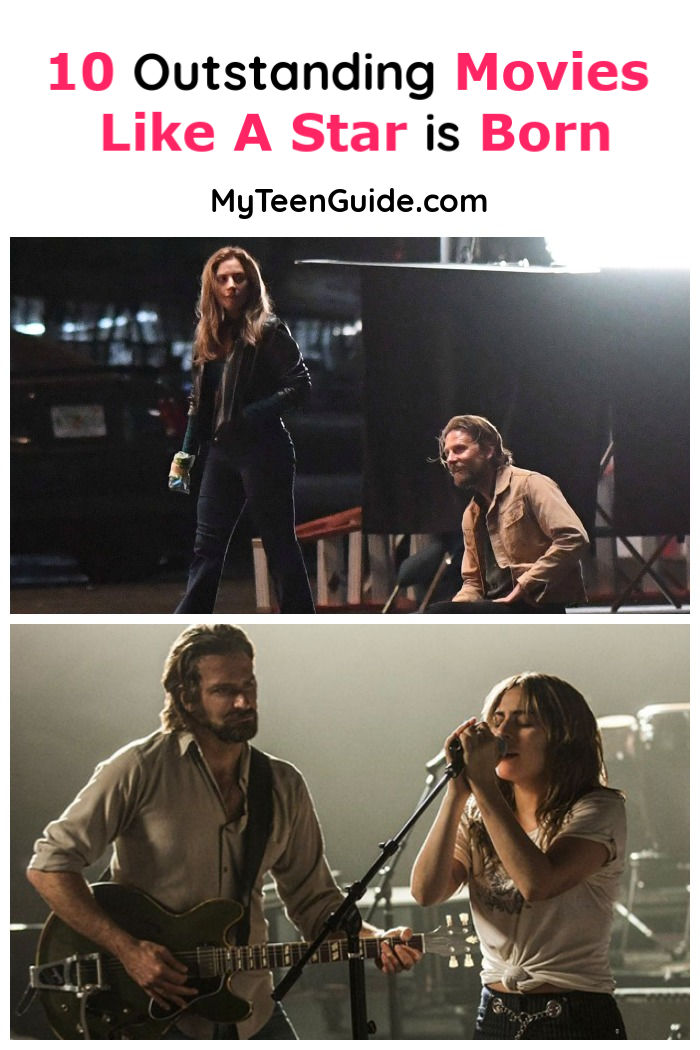 If you think you’re going to have a hard time waiting until then, check out these music-centric flicks!

2. From Justin to Kelly

From Justin to Kelly is a 2003 comedy, musical, romance movie, starring Kelly Clarkson and Justin Guarini, both appeared on Season 1 of American Idol.

3. The Phantom of the Opera

The Phantom of the Opera is a 2004 drama, musical, romance movie that is based on the 1986 musical by Andrew Lloyd Webber.

Walk the Line is a 2005 biographical, drama, musical, romance movie that is based on both the 1976 autobiography- Man in Black: His Own Story in His Own Words and the 1997 autobiography- Cash: The Autobiography, both by Johnny Cash.

Dreamgirls is a 2006 drama, musical, romance movie that is based on the 1981 Broadway musical by Henry Krieger and Tom Eyen.

Crazy Heart is a 2009 drama, musical, romance movie that is based on the 1987 novel by Thomas Cobb.

Chicago is an award-winning 2002 musical with an all-star cast that includes Taye Diggs, Renee Zellweger, and Catherine Zeta-Jones.

Of all these movies like A Star is Born, I have to say that Walk the Line is my favorite. Chicago is also great when you want a full-on musical!