Love spy movies like Kingsman: The Golden Circle? Check out ten more flicks that should be on your watch list! 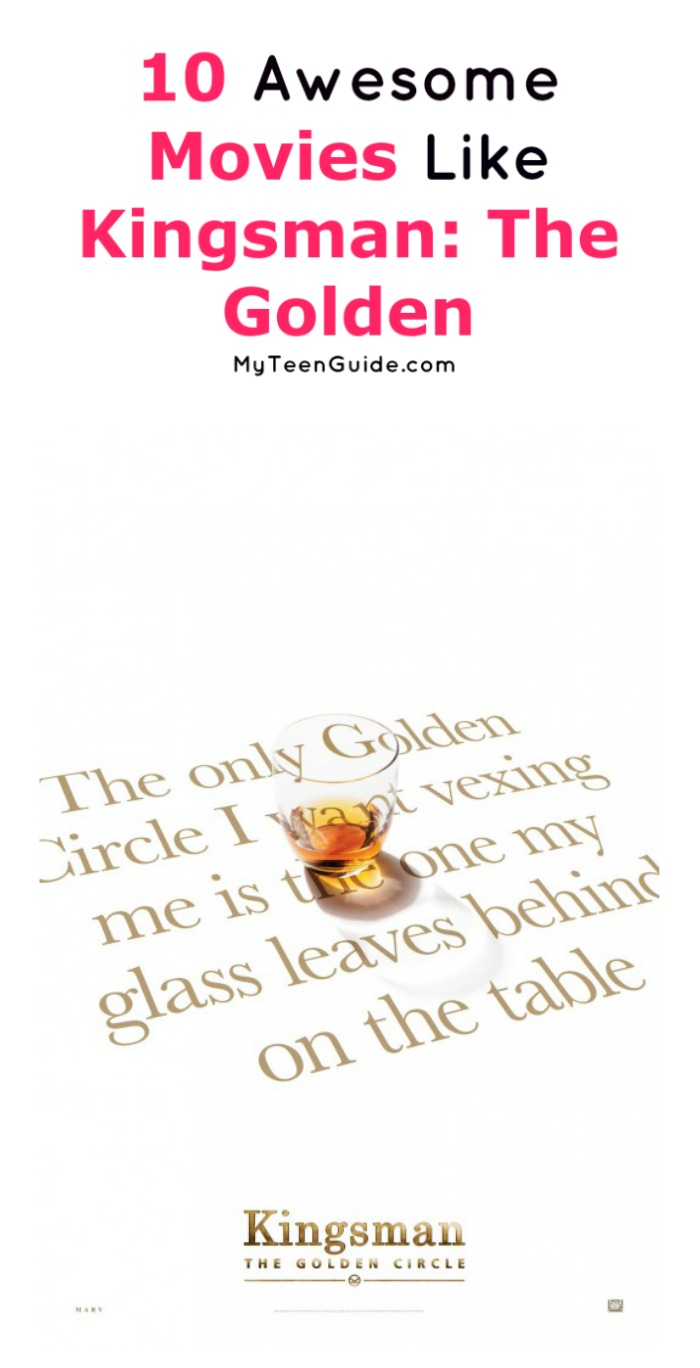 Kingsman: The Golden Circle is an upcoming action spy movie starring Colin Firth that will hit theaters on September 22, 2017.  It is the sequel to the highly-rated 2014 movie- Kingsman: The Secret Service. How highly rated? On IMDB, it reached 7.7/10 stars! This time around, the Kingsman’s headquaters are destroyed and the whole world is held hostage. The elite secret organization will have to team up with their US counterparts to defeat a common enemy. It’s the perfect blend of action and intrigue! Check out the trailer, then read on for more movies like Kingsman: The Golden Circle!

is a 2001 spy movie that showcases Nathan Muir, a senior CIA agent, recalls his days of training Tom Bishop, after attempting to free him when he is taken captive by Chinese officials. Spy Game stars Robert Redford and Brad Pitt.

2- Confessions of a Dangerous Mind

Confessions of a Dangerous Mind

is a 2002 biographical spy comedy movie that is based on the 1984 unauthorized autobiography, of the same name, by Chuck Barris. The movie stars Sam Rockwell, Drew Barrymore, George Clooney and Julia Roberts.

is a 2003 is a spy thriller movie that centers on James Clayton, a young CIA agent, who works with his mentor, Walter Burke, to help uncover a mole within the agency. The Recruit stars Colin Farrell and Al Pacino.

is a 2006 spy movie that is loosely based on the real-life story of how the CIA got started. The movie stars Matt Damon, Robert De Niro, Angelina Jolie, William Hurt, Alec Baldwin, Joe Pesci and John Turturro.

is a 2008 action spy movie that is based on the 2007 book, of the same name, by David Ignatius. The movie centers on Roger Ferris, a CIA agent; Ed Hoffman, a senior CIA agent and Hani Salaam, the head of Jordanian General Intelligence Directorate, as they work together to capture the leader of a terrorist group. Body of Lies stars Leonardo DiCaprio, Russell Crowe and Mark Strong.

Traitor is a 2008 spy thriller movie that focuses on Roy Clayton, an FBI agent who leads an investigation into an international conspiracy case, as he discovers Samir Horn, a former U.S. Army Special Forces Engineer Sergeant, may be involved. Traitor stars Guy Pearce and Don Cheadle.

is a 2014 action, spy, thriller movie that is based on the 1987 book- There Are No Spies- by Bill Granger. The movie focuses on Peter Devereaux, a retired CIA agent, who is called back into action and finds himself pitted up against David Mason, one of his former trainees. The November Man stars Pierce Brosnan and Luke Bracey.

Planning to see Kingsman: The Golden Circle in theaters? Grab your tickets before you go and skip the lines!

Can you think of any other great spy movies like Kingsman: The Golden Circle? We’d love to hear about them! Share below!