We love these Kingsman: The Golden Circle movie quotes! They’re definitely making us want to see the spy flick even more! Check them out! 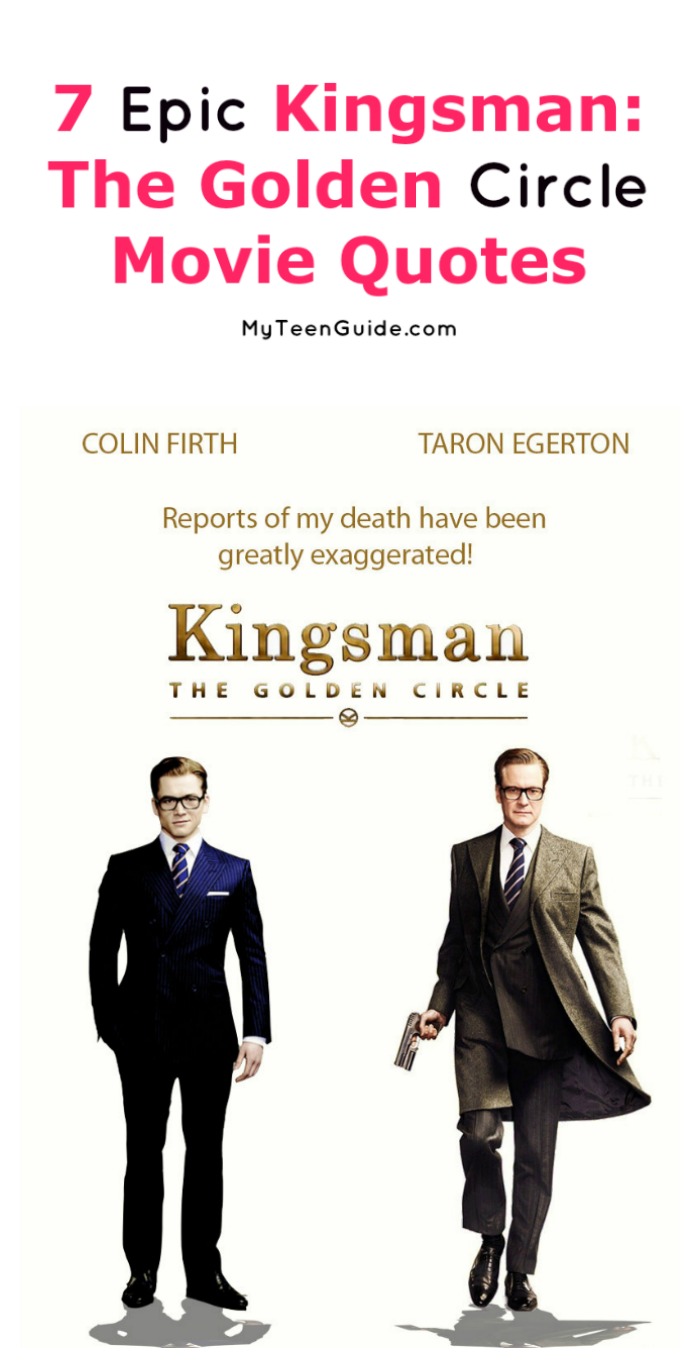 Kingsman: The Golden Circle is a 2017 action spy movie that is the sequel to the 2014- Kingsman: The Secret Service. The movie will be released in theaters on September 22, 2017. Check out the trailer, then read on for some of our favorite quotes!

1- Harry Hart, as a voiceover in the beginning of the movie trailer:

Harry- “Eggsy, I saw in you what someone once saw in me, something that can’t be taught, the makings of a Kingsman. Being a “Kingsman” is more than the clothing we wear or the weapons we bag. It’s about willing to sacrifice for the greater good. I hope you’re ready for what comes next. It’s important.”

Gary- “We’re from the Kingsman tailor shop in London. Maybe you’ve heard of us?”

The role of Gary is played by Taron Egerton.

3- Poppy, as a voiceover in the movie trailer:

Poppy- “Today marks the beginning of a new age. But, imma show you. Say goodbye to the Kingsman.”

The role of Poppy, a famous criminal mastermind, is played by Julianne Moore.

4- Tequila, from the movie trailer:

Harry- “Do you know what that means?”

Quote from 2014- Kingsman: The Secret Service

Harry- “Since 1849, Kingsman Tailors have clothed the world’s most powerful individuals. By 1919, a great number of them had lost their heirs to World War I. That meant a lot of money going un-inherited, and a lot of powerful men with a desire to preserve peace and protect life.”

Doesn’t this sound like such a fun movie! I can’t wait to see it!

Have you heard any other great Kingsman: The Golden Circle movie quotes? Share below!