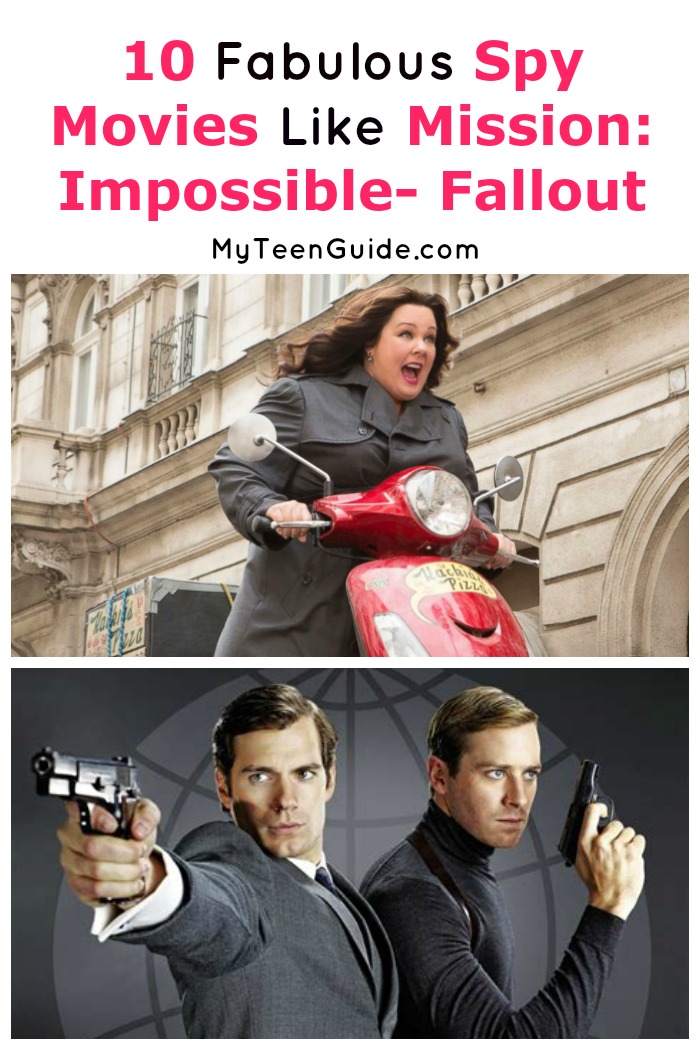 Can’t wait that long, you say?

Well, here are some great movies for you to watch that are similar to Mission: Impossible- Fallout, while you’re waiting for July 27th to roll around!

Spy Game is a 2001 action, crime, spy, thriller movie that tells the story of Nathan Muir, a retiring CIA Agent and his training days of Tom Bishop, who was taken hostage by Chinese captors.

Die Another Day is a 2002 action, adventure, spy, thriller movie that is the 20th movie in the James Bond franchise.

The Recruit is a 2003 action, drama, mystery, spy, thriller movie.

The Good Shepherd is a 2006 drama, spy, thriller movie that tells the story of the early years of the CIA.

Kingsman: The Secret Service is a 2014 action, adventure, comedy, spy movie that is the prequel to the 2017 movie- Kingsman: The Golden Circle

If you’re in the mood for a hilarious espionage movie, you absolutely need to watch Melissa McCarthy in Spy! It’s definitely the funniest movie like Mission Impossible: Fallout.

If you’re looking for more movies like Mission Impossible: Fallout, you really can’t go wrong with any of these flicks! My personal favorite is Spy, because I always need a good laugh. When I’m in the mood for something serious, though, I love to watch Salt!

What about you? What are some of your favorite spy movies like Mission Impossible: Fallout? Tell me below!