Looking for the best anime movies on Netflix?

How about the hottest dark anime shows? 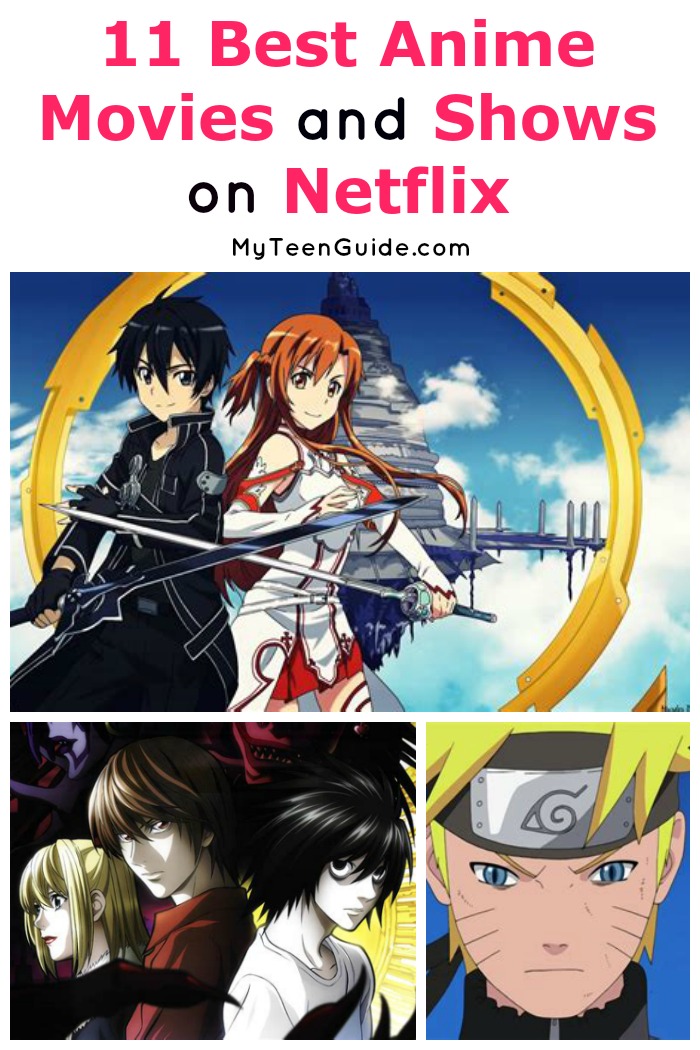 If you’re a huge fan of anime, you need to check out these 11 shows and movies!

You’ve probably heard of anime before, haven’t you? If not, anime is an animated/cartoon-like feature that is made in Japan. It comes in 2 formats- dubbed and subbed.

What’s the difference, you ask?

Affiliate links included below. If you make a purchase through these links, we earn a small commission at no extra charge to you. We’ve also included links to buy or watch on Amazon.

First, let’s start with the best anime movies on Netflix. The 3 movies listed below are all English dubbed anime on Netflix.

is a 2014 animation, sci-fi movie that focuses on Officer Angela Balzac, who lives on a cybernetic universe and is tasked with locating a hacker who is living on Earth.

RELATED: Top 10 Supernatural Anime Movies & Shows That Will Give You Chills

Harlock: Space Pirate is a 2013 animation, adventure, sci-fi movie that focuses on Space Captain Harlock, who is the only person who can save mankind, but first he must contend with the evil Gaia Coalition.

3. In This Corner of the World

Now, let’s talk about the best anime shows on Netflix. All 8 of the shows below are English dubbed anime on Netflix.

Attack on Titan is an animation, action, adventure television series that has been airing since 2013.

It’s one of the best anime shows on Netflix, and not just in my opinion! IMDB users give it a total of 8.8/10!

Death Note is probably the most popular anime television series to date. The animation, crime, drama, psychological, thriller television series aired for 1 season, from October 3, 2006 to June 26, 2007. It is based on the manga series- of the same name- by Tsugumi Ohba.

The series focuses on Light Yagami, a high school student who decides to rid the world of criminals after he comes across a mysterious, supernatural notebook.

Fullmetal Alchemist is an animation, adventure, dark fantasy, sci-fi television series that aired for 1 season, from October 4, 2003 to October 2, 2004.

Gurren Lagann is an animation, action, adventure, comedy, sci-fi television series that aired for 1 season, from April 1, 2007 to September 30, 2007.

Naruto is an animation, action, comedy, fantasy television series that aired for 5 seasons, from October 3, 2002 to February 8, 2007.

As anime becomes even more popular, expect to see all of your favorite streaming services pick up more and more anime movies and shows!

Do you have any other favorite anime movies on Netflix? How about shows? Share below!