Looking for all the best The Predator movie quotes & trivia?

If you’re excited about this classic horror movie sequel, you’ll love our favorite lines from the flick!

Plus, learn a bit more about the film and its amazing cast! 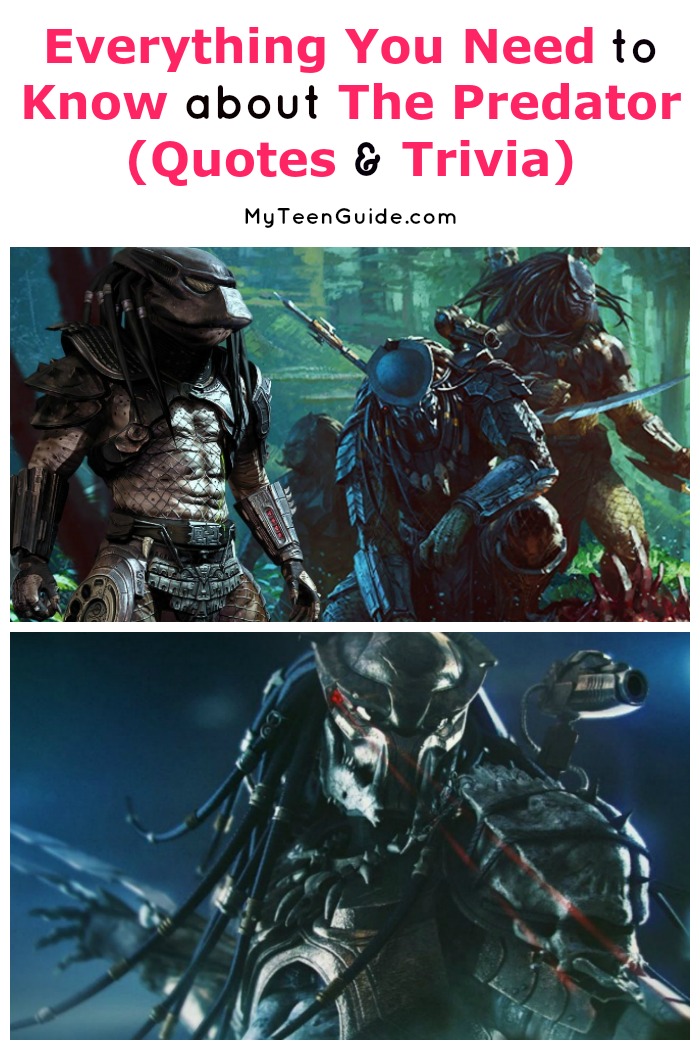 Related: 100+ Amazing Movies Like the One You Just Watched

The Predator is an upcoming action, horror, sci-fi movie that will hit theaters on September 14, 2018. Now, if you have never seen any of the Predator movies before, stay with me here for a minute because it may get a bit confusing.

So, The Predator is the 4th installment in the Predator movie series- after the 1987 Predator

. However, if you count the 2 Alien vs. Predator

Those 2 movies- the 2004 Alien vs. Predator and the 2007 Aliens vs. Predator: Requiem, are actually spin-off movies. Get it?

So, without further ado, here is some information on the movie’s cast members, along with some cool quotes and interesting trivia.

Thank you to all our amazing fans! #ThePredator is in theaters September 14th.

Will- “Do you know what my job description is? I’m in acquisitions. I look up and I catch what falls out of the sky.” 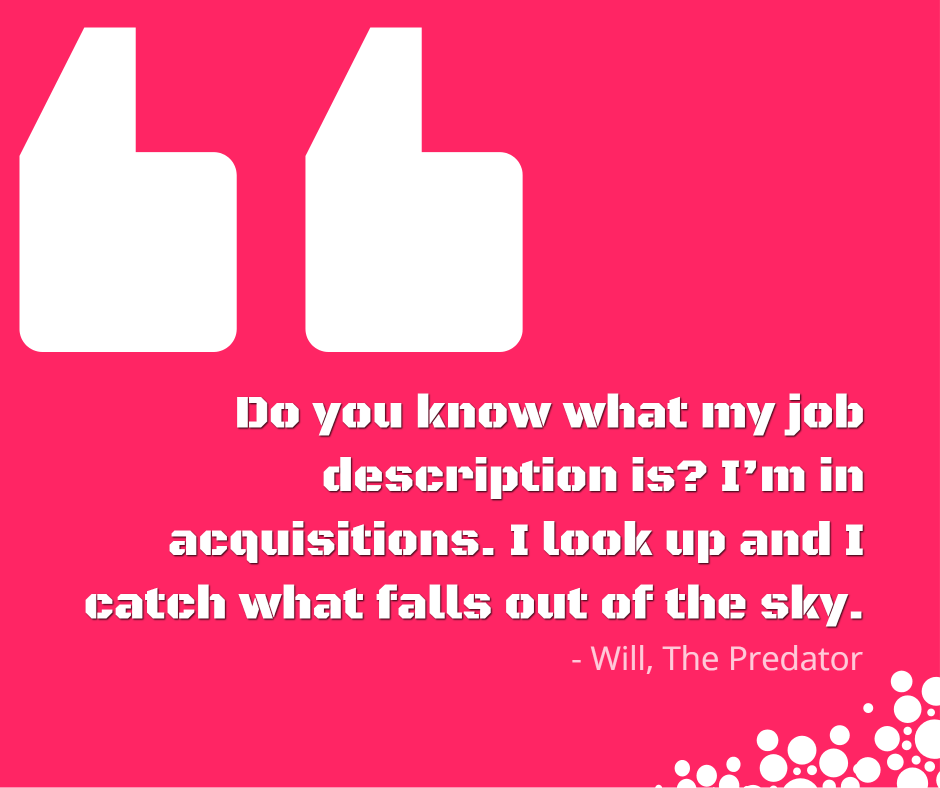 2. A government agent, talking to Quinn McKenna (Boyd Holbrook), during an interrogation:

Government Agent- “Tell me about the mission. Did you see anything unusual?”

3. Quinn McKenna, talking to a government, during an interrogation:

Quinn- “Look, I get it. Something went down in Mexico. Nobody wants any witnesses.”

4. Will Traeger, talking to Casey Bracket:

Will- “Predators just don’t sit around making hats out of ribcages. They conquered space.”

5. Conversation between Casey Bracket and Will Traeger:

Will- “I think you know what is on the ship. The ultimate predators.”

The upcoming movie will take place in a suburban setting. This is a different setting from the 3 previous Predator movies. The 1987 Predator and the 2010 Predators were set in a jungle and the 1990 Predator 2 took place in an urban setting, specifically Los Angeles, California.

Fun time kicking off press and hanging with the #HFPA yesterday. Thank you for having me! #thepredator #FOX

Shane Black was hired to direct The Predator in June of 2014. Now, if that name sounds familiar to you, that’s because he played the role of Rick Hawkins in the 1987 Predator. Previously, Black has directed the 2013 Iron Man 3 and the 2016 The Nice Guys.

This guy was a handful to work with. #predator Out this Thursday with @empiremagazine and in theaters September 14th ??

3. Not the first choice…

The Predator has gone through several release date changes. Originally, the movie was supposed to be released on March 2, 2018 but was later moved up to February 9, 2018. Then, the released date was pushed back to August 3, 2018 and later was pushed back once again, landing on its current release date of September 14, 2018.

Arnold Schwarzenegger was in talks to reprise his role- Major Alan “Dutch” Schaefer- from the 1987 Predator film. However, it was later revealed that he turned down the offer because in the movie script, his character didn’t have a significant role.

6. I thought that was a Busey boy!

Today at #comicon, we were the FIRST panel of the show, i was told. Such a funny gang. What a blast! #predator #sandiego #sdcc #2018 @predator @20thcenturyfox @augusto_aguilera @_trevante_ @sterlingkbrown @oliviamunn @keeganmic @bonafideblack

In the upcoming movie, Jake Busey plays the role of Sean Keyes, the son of Peter Keyes. Now, if you have followed the film series, you’ll know that the character of Peter Keyes appeared in the 1990 Predator 2. The role of Peter Keyes was played by actor Gary Busey, who is Jake Busey’s real-life father. Pretty cool, huh?

7. Do we see a Predator vs. Punisher in the future?

I hope you enjoyed these great The Predator movie quotes and trivia! Make sure you grab your tickets from Fandango before you head to the theater so you can skip the lines!

Have you heard any other interesting movie trivia or quotes from The Predator? Share below!