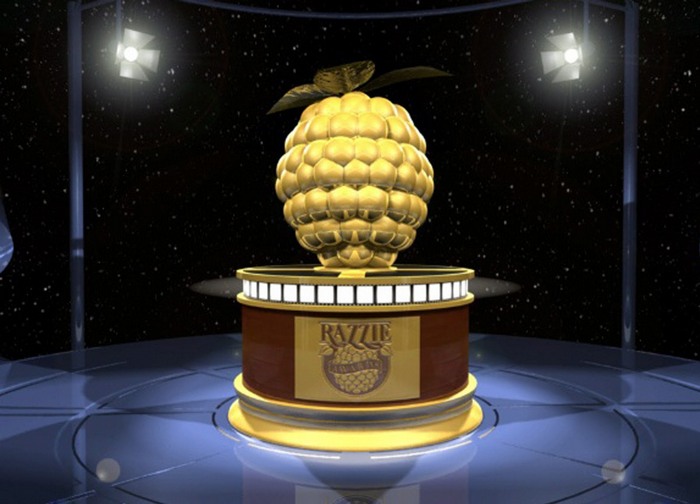 The Golden Raspberry Awards are always held the night before the Academy Awards and are usually not televised. Here are the nominees and winners. There are only ten awards given out. So, let me hear your opinions, do you agree or disagree with the winner or even the nominations? Oh, there were two movies that received the award for Worst Picture.

50 Shades of Grey tied for worst film of the year at the #Razzies https://t.co/EqiIaym36b pic.twitter.com/8npo1pjbbP

Well, here is what I think! I did not like Fantastic Four, and I hated Fifty Shades of Grey so for those 2 to get Worst Picture is not a huge surprise to me at all. The two leads on Fifty Shades of Grey won the award for Worst Actor and Worst Actress. Again, no big surprise there! I was surprised about Eddie Redmayne getting the award for Worst Supporting Actor for his role as Bale in Jupiter Ascending. While I did not like the movie at all, I think he is a talented actor. After all, he won an Oscar last year and was nominated this year.

Eddie Redmayne has been added to the list of Oscar winners who also have #Razzies: https://t.co/KBbrAn6hXH pic.twitter.com/ma21dA6SCw

Do you agree with these worst movies nominations during The 36th Golden Raspberry Awards?