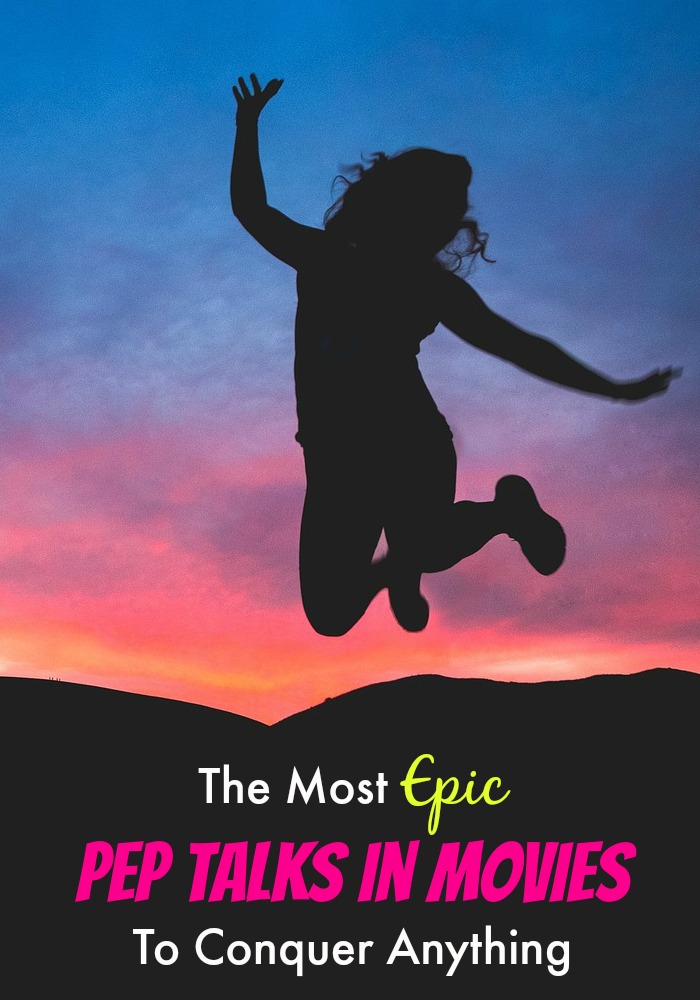 When I’ve had a bad day, I sometimes pick from the best pep talks in movies to help cheer me up. Have you have done that? Watched a great sports movie or epic adventure to lift your spirits? Well in case you haven’t, or just need the boost (because really, who doesn’t need a pick me up?) I have come to your rescue! Here are some of the best pep talks in movies, check out these flicks!

Best Pep Talks In Movies To Conquer Anything

Now it’s time to see who has the heart. Now is the time to prove to yourselves and to everyone out there that even though you are locked up, you are somebody. Are you ready to accept the Mustang challenge?

We can’t be consumed by our petty differences anymore. We will be united in our common interests. We are fighting for our right to live. To exist. We will not go quietly into the night! We will not vanish without a fight! We’re going to live on! We’re going to survive!

Lord of the Rings: Return of the King

I see in your eyes the same fear that would take the heart of me! A day may come, when the courage of men fails, when we forsake our friends and break all bonds of Fellowship, but it is not this day! This day we fight!

To me, being perfect is not about that scoreboard out there. It’s about you and your relationship with yourself. It’s about being able to look your friends in the eye, and know that you didn’t let them down because you told them the truth.

Aye, fight and you may die. Run and you’ll live — at least a while. And dying in your beds many years from now, would you be willing to trade all the days from this day to that for one chance, just one chance to come back here and tell our enemies that they may take our lives, but they’ll never take our freedom!

A doctor’s mission should be not just to prevent death but also to improve the quality of life. That’s why, you treat a disease, you win you lose, you treat a person, I guarantee you win no matter what the outcome.

Know any more of the best pep talks in movies that should have been on our list? I want to hear about them in the comments!