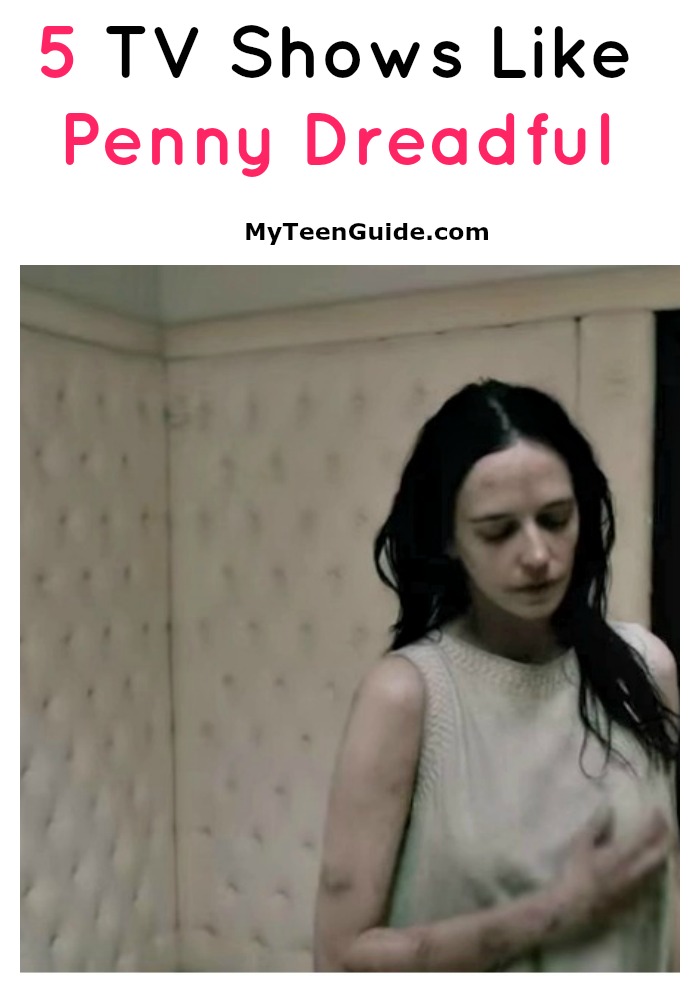 If watching the Penny Dreadful leaves you wanting more, here are more shows like this TV series to consider. Monsters are lurking everywhere! The name Penny Dreadful comes from real British fiction publications from the 19th century, which were packed with lurid stories of all kinds. The series features many characters from that era including Victor Frankenstein, Count Dracula, Mina Harker and Doctor Henry Jekyll. Take a look at our selection of TV Shows like Penny Dreadful!

Hemlock Grove, a Netflix original, aired for three seasons. This fictional Pennsylvanian town is home to both of the rich Godfrey family and the Rumancek family who just moved there.

Unfortunately, there’s murder in Hemlock Grove. So, Roman Godfrey and Peter Rumancek join forces to try to catch the killer. The problem with this is that they both have dark secrets of their own. Throw in the sinister dealings of the Godfrey Institute for Biomedical Technologies and things take an even a bigger horrifying and unbelievable twist. Werewolves and vampires anyone?

This NBC version of Dracula is a British-American production starring Jonathan Rhys Meyers. There are 10 episodes  in the series, which only lasted one season.

You’ll follow Dracula as he moves to London, in an effort  to take revenge on all of the people who ruined his life centuries ago. Things seem to be going as planned for the so-called American entrepreneur until he falls in love with a medical student. Oh, did I mention the woman  could very well be the reincarnation of his deceased wife? How does life get so complcated?

As you can probably guess, Ripper Street is a crime drama that centers around Jack the Ripper. This British TV show debuted in the U.S. in January 2013, shortly after originally airing on the BBC.

The series starts out six months after the last Ripper killing. Follow the detectives from the Whitechapel H Division, who hunted Jack in the past, as they try to figure out if the killer has returned. Ripper Street was produced in five series. The last one ending in October 2016.

The fourth and final season of The Strain will air on FX sometime next summer. This horror drama, which debuted in July 2014, was produced by Carlton Cuse who is also involved in the production of Bates Motel.

Based on a book trilogy of the same name, The Strain chronicles the events that occur during a mysterious viral outbreak in New York City. Rumor has it that the outbreak has something to do with an evil strain of vampirism from long ago. Only time and tuning in will tell.

5- From Dusk Till Dawn: The Series

This series is part of the franchise (comic book, videos, etc.) that was created after the original film was such a big hit. So big, in fact, it still has a large cult following.

The show re-introduces the famous Gecko Brothers who are being tracked down by a Texas Ranger. All of them (including hostages) wind up trapped in a bar run by none other than vampires. That’s when the real fun begins! Bloody Mary’s, anyone?

These are five shows are somewhat similar to Penny Dreadful. There’s enough variety here to keep you binge-watching for an indefinite period of time. Pop some popcorn, grab your favorite beverage and settle in to watch all of these characters come to life. Don’t forget to lock your doors!

Which of these TV shows like Penny Dreadful would you be willing to watch?