I’ve been on the search for more great TV shows like Grimm since the series ended.

It was one of my all-time favorites and it’s definitely hard to replace!

If you miss Nick Burkhardt and the crew as much as I do, these great 12 shows will help fill the hole.

Plus, learn about the cast of Grimm and check out a season 6 episode guide! 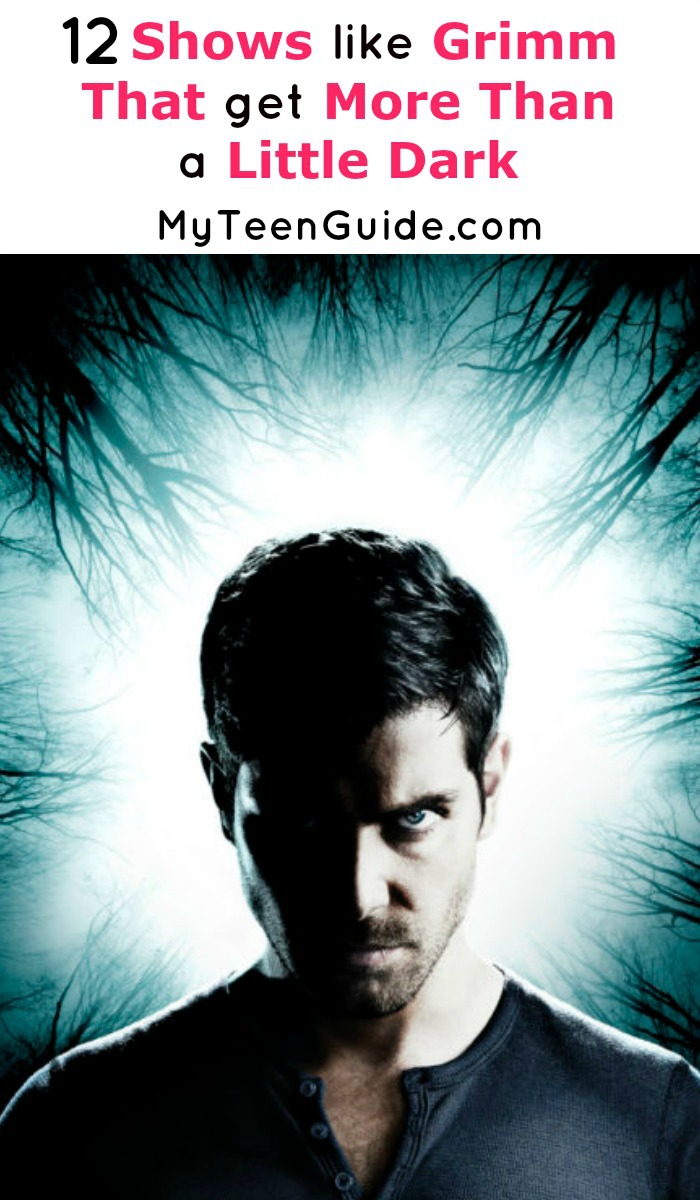 First, let me start with the opening of the Grimm episodes-

“There once was a man who lived a life so strange, it had to be true. Only he could see what no one else can—the darkness inside, the real monster within, and he’s the one who must stop them. This is his calling. This is his duty. This is the life of a Grimm.”

Does the opening tell you anything about the show?

Well, it does tell you a little about the character of Grimm, AKA Nick Burkhardt.

Luckily, I am here to fill in the blanks for you.

How cool is that?

I don’t know about you, but I think every police department should have one of these guys!

What do you think?

The Cast of Grimm

SPOILER ALERT: If you haven’t watched through to the end, some of these cast descriptions could spoil things for you. 😀

Wanna hear something cool about Nick?

He has an array of powers, including superhuman endurance, hearing, perception, reflexes, speed and strength, as well as combat skills and an eidetic memory.

Can you believe one guy can possess all the skills?

Who wouldn’t love to have him around all the time? I know I would!

Hank has a fear of mice and rats. Ummm…doesn’t everyone? Mice and rats make my skin crawl! Hank is known to be gentle and soft spoken.

Does that make sense?

Boy, this show has some attractive creatures, doesn’t it?

Captain Sean Renard orders a shoot-to-kill manhunt against Nick. Eve feels the complications of being healed by The Stick.

Hank and Drew think they have found a way to stop Sean. Adalind receive a strange phone call from Sean.

Nick devises a plan to stop Sean once and for all, with the help of Adalind and Monroe.

Nick, Hank and Drew investigate a young boy’s kidnapping, leading them to a tarrying new Wesen. Warning- let me tell you that this Wesen creature is what nightmares are made of.

After lying dormant for 7 years, a resurrected Insect Wesen leads Nick, Hank and Drew to a bizarre murder. The ghost of Martin Meisner haunts Sean.

A mysterious Wesen- who eats dreams- leads Nick, Hank and Drew to a grisly murder at a local hotel.

Rosalee plans a getaway at the Columbia Gorge Hotel for Monroe’s birthday and invites Nick, Adalind and Eve to join along. However, things take an unexpected turn when Randy Goode- a waiter at the hotel- seeks revenge against Nick for putting his father in jail.

Monroe and Rosalee find Eve unconscious, after she is attacked by a skull-like creature from a hand-held mirror. Meanwhile, Hank and Drew investigate the murder of some scientists- leading them to a discovery involving Wesen body parts. Well, that sounds just lovely now, doesn’t it?

Nick, Hank and Drew investigate a case where a man says his friend was murdered by a tree-like creature.

Nick and Hank investigate a series of brutal deaths- leading them to an unlikely perpetrator in a local nursing home.

Episode 11- Where the Wild Things Were

Nick and Eve embark on a surprising journey through the mysterious hand-held mirror. When Sean is asked for his help, he discovers everything may be tied to his daughter- Diana.

Nick and Eve confront their enemy- Zerstorer- who needs a Grimm in order to cross the portal and surprisingly, Diana is the one who opens the portal. Hank and Drew are killed when Zerstorer attacks the police station.

Well, look no further, because here are some amazing TV shows that are similar to Grimm.

Chances are, you’ll want to watch all 13 episodes in one sitting.

Wouldn’t you know it?

How does he do it? It’s simple, really.

These are TV shows that you really should check out if you like Grimm. Cops who deal with the supernatural. What a great combination.

You never know what’ll happen next!