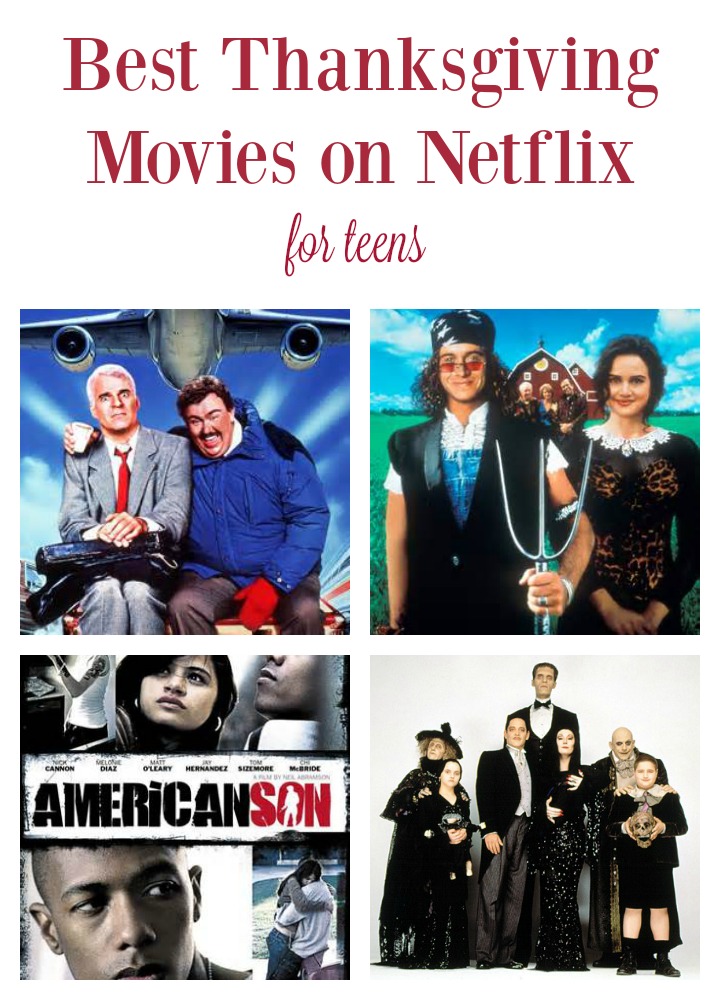 Thanksgiving is the perfect time of the year to gather your friends to watch some movies. After you are full from all the turkey, potatoes, stuffing and pumpkin pie, you want just to sit back and chill. Here are some of the best Thanksgiving movies to watch on Netflix with your BFF.

Addams Family Values is a 1993 dark comedy film on Netflix, a sequel to the 1991 movies The Addams Family and stars Raul Julia, Angelica Huston, Christopher Lloyd, Joan Cusack, Christina Ricci and Jimmy Workman. When the Addams family hires a nanny to take care of newest addition, Pubert, things don’t exactly go as planned. Everyone in the family believes Debbie is the perfect nanny, everyone except Wednesday and Pugsley. When Debbie has the kids sent off to summer camp, they must fight their way back to the family to warn them off of Debbie’s horrible plans. You can even watch if on Halloween.

Planes, Trains and Automobiles is a 1987 comedy movie on Netflix that stars Steve Martin and John Candy. Neal (a marketing executive) and Del  (a clumsy salesman) have a chance meeting as they are both trying to get home for Thanksgiving. They are both trying to get home to Chicago. Through their journeys home, Neal not only changes his thoughts about Del being clumsy and talkative but also views his own behavior in a whole new light.

American Son is a 2008 drama movie that stars Nick Cannon, Matt O’Leary, Melonie Diaz, April Grace, Chi McBride and Tom Sizemore. This movie is the story of Mike, a young Marine who is shipping out to Iraq in 4 days. Over the next 4 days, the movie covers Mike’s parting relationships with his mom, dad, best friend Jake and new girlfriend Christina. In the beginning, none of them know he is shipping out to Iraq but as the movie goes along, they each find out and react in their own ways. It is one of my favorite Thanksgiving movies on Netflix for teens.

Son-in-Law is a 1993 comedy film that stars Pauly Shore, Carla Gugino, Lane Smith, Cindy Pickett, Tiffani Thiessen, Patrick Renna, Dan Gauthier and Dennis Berkley. Becca is a farm girl who does a complete transformation in a city girl, after attending UCLA. When she heads home for Thanksgiving break, she brings along Crawl, her dorm counselor because she is unsure about the pending marriage proposal from her boyfriend, Travis. When Travis does propose, Crawl saves her from answering by announcing that he and Becca are getting married. The family isn’t totally impressed with Crawl at first but when he proves that he can handle farm living and working, he impresses some members of the family.

Which of these Netflix movies will you watch with your friends on Thanksgiving? Let me know.