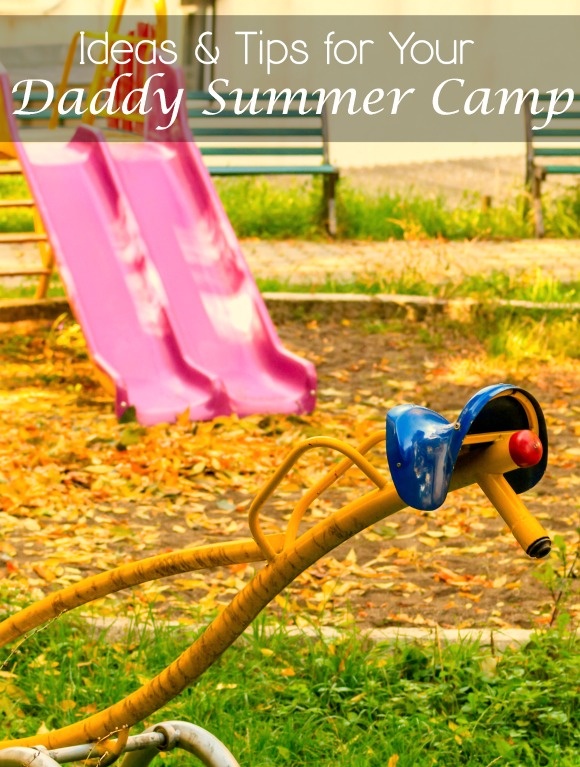 As a teacher I have my summers off, so I take care of my two children. I run what my kids call Daddy Camp. I decided to give them a good balance of physical fitness, academics, and creativity, along with pure non-learning fun. The goal is to de-stress my son, who has been working hard at mastering French, a language that neither my wife nor I really speak with any competency.

Not all parents have the freedom to spend summers with their children, so they generally put their children into summer camp, whether it is sleepover camp out in the countryside or theme camps, such as hockey or art camp. These are great options, but if you are home for the summer anyways it might be a good idea to give your children more freedom to just decompress. Camps are excellent, but they are also very active, with no true downtime (other than in sleepover camp).

Making the Most of Your Daddy Camp for kids

The first thing I do when creating my idea of summer Daddy camp for kids is to take advantage of what the community offers.

Here in Quebec there are plenty of non-profit pools that a family can join for a very reasonable price. Each pool offers its own selection of activities, and we are lucky to have joined one in which the lifeguards (who run everything) both like children and devote a great deal of time to them. My son gets swimming lessons, is on the swim team, gets diving and water polo lessons, and is on the water polo team…all at no extra cost. My daughter gets lessons, is on the swim and synchro team.

Your local library probably offers an array of summer activities as well, all for free. My son gets an hour of French reading once per week, and both of my children are signed up for a Robotics activity and an Art class.

Between the pool and the Karate class I also have them signed up for, their physical activities are well covered, though I still throw in a tennis lesson for them once a week, and the long walks that we take our dog on. The French reading lesson once per week is a nice start, but they need more than that. Next year my son goes into grade three, and that is the introduction of English into the curriculum. I started teaching him to read English two years ago, but I wanted him to be able to focus on French so I did not push it during the first two years of immersion. So we work on his English reading during some of the downtime at the pool

It is good to switch gears every now and then, to keep things from getting into a rut. Routine is a good thing for children in general, but if is marches on unvaryingly children will become bored, restless, and more difficult to manage. In addition to the French and English reading, I have started teaching (and learning) to program in Python, which is a free open-source programming language that is both easy to learn and powerful in its potential application. Both of my children have experience on the computer, opening programs and shutting down correctly, but programming is a big leap that they both seem interested in learning. My daughter is only six, so I don’t expect her to be able to keep up with my son, but she absorbs quite a bit in her distracted way.

Finally we have the creative element, which is essential, at least for my children. I found a book in the library that has art lessons meant for children, bought them each a sketch book at the dollar store, and that is how we follow up the programming lessons on Fridays. My son asked if he could teach the first lesson. He taught us how to draw three-dimensional objects, like cubes and spheres. Allowing him to teach my daughter and I helped to build his confidence, which should be an ongoing effort for all parents.

All of that planning and preparation done, as a parent you have to be willing to throw the plans aside if your child really does not want to do what you planned, or really wants to do something else. Roll with it (within reason – impromptu jaunts over to Disney are probably not within that realm). My general rule in life is, if it doesn’t hurt to do it, go with it. That works especially well with children and Daddy Camp.

What do you do with your children in the summer? Do you have a Mommy or Daddy camp for kids set up? We’d love to hear your ideas!