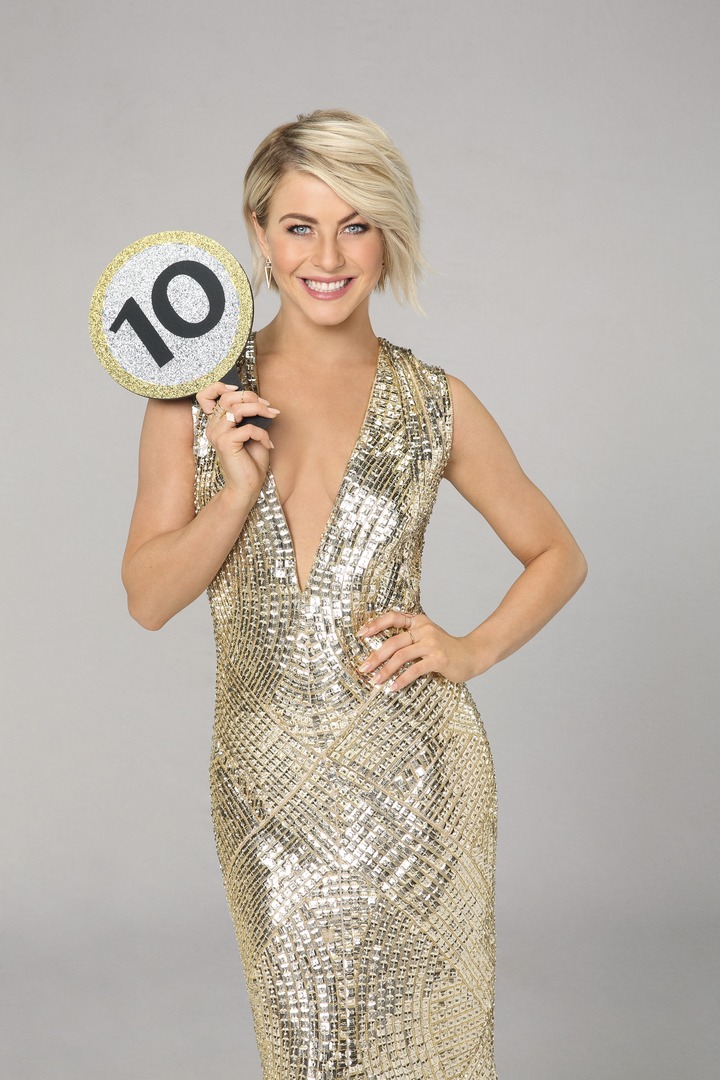 So here we are at week 6, with 9 couples still left, with one couple going home tonight. Tonight’s theme is Famous Dances Night, with the couples recreating iconic dance routines from movies as well as music videos. Tonight’s guest judge is Olivia Newton John. Also Erin Andrews will not be co-hosting tonight because of previous sports commitment so Leah Remini will be her replacement tonight.

Here is the songs and dances that the couples will perform tonight:

So, Hayes admitted he has never seen the movie Grease before. Seriously, how can you have not seen Grease Hayes? Wow! They do a great job with this dance. Hayes looked just like a young John Travolta, even down to the greased-up hair. I think Hayes still needs some work though in some areas. He didn’t miss any steps but he seemed a bit he isn’t always as precise as he should be. But overall, well done to both of them.

Andy brings in some confidence this week from his time with Sharna last week. Andy and Allison get some great advice from Patricia Kelly, Gene Kelly’s widow. I love how well Andy is doing tonight. He looks like a whole new Andy out there on the dance floor, confident and smiling. He is not making the mistakes he has made in the past. Very, very well done!

Carrie Ann-10- She said the dance had ease and grace

Olivia-10- She thought it was wonderful

Julianne-10- She said Andy is continuing to improve each week

Alexa is confident from last week’s first perfect score of the season. Since they are recreating the dance, in comes the snake, giving Alexa a scared look on her face. So how was she this week? I am not sure if she is too confident because of last week’s score but she is not living up to her potential this week. It wasn’t horrible or anything but just not her full potential.

Olivia-7- She called it sexy

I have to say that this is the one dance that made me a bit nervous. The lift is the most famous part of this dance and I haven’t ever seen Derek do a lift before. Jennifer Grey shows up to rehearsal to give Bindi and Derek some advice. Derek was definitely nervous as lifts are not his thing. They started out amazing and totally NAILED the lift! They recreated the dance so well that you would have thought it was Jennifer Grey and Patrick Swayze out there. Amazing, amazing, amazing!

Carrie Ann-10- She said Bindi makes her job so easy

Olivia-10- She said it touched her heart

Julianne-10- She loved the dance details

Bruno-10- He called it blindingly brilliant

Here we go again with Paula. She was happy with the 7’s she got last week. She does understand that those scores will not keep her in the competition right? I was a bit surprised by their choice of dance this week. Let’s face it, Madonna and Paula are like night and day, they are nothing alike. Paula is doing her usual out on the dance floor, absolutely nothing. Her costume was hideous, she reminded me of Little Bo Peep. It was just awful, I couldn’t even find one good aspect of this dance.

Julianne-6- She said the energy just wasn’t there

Bruno-6- He didn’t think it was Vogue

Carlos is clearly not happy about doing this routine since it is a raunchy one and that just isn’t who he is. I think this is one of those dances that people will either hate or they will love, nothing in between. Well, I don’t know about anyone else, but I loved it. Carlos did some raunchy moves but he also did some actual rumba steps. Also, in the movie, this is a solo dance so kudos to Witney for transforming it into a duet dance. It was hot, it was awesome, amazing job!

Carrie Ann-10- She called it a great routine

Olivia-9- She is speechless and said Carlos missed his calling, jokingly

Julianne-9- She called it the sexiest rumba ever

I think this was another dance I wasn’t too sure about. I mean, after all, Nick is a Backstreet Boy, not a disco dancer. Nick is doing very well channeling his John Travolta, however. It was so much fun to watch Nick and Sharna. They did a great job with the samba steps.

Julianne-10- She said it was a true re-invention

Bruno-10- He said the samba incorporation was seamless

Alek was a bit hard on himself because of last week’s scores. Lindsay brought an actor in to rehearsals that played Elvis in several movies. I think this did him some good to channel his inner Elvis. Oh and the hair…props to the hair and makeup department for Alek’s hair. So, those are the good points. While it was good, it wasn’t great by any means. I just really expected more from him this week. But he just didn’t bring it to the table.

Carrie Ann-8- She saw some improvement

Olivia-7- She said he did a great job

Tamar did not have one of her good weeks. She was sick and lost her voice. Val is worried about them staying in the competition so Tamar is determined to give it her all this week. And boy, did she ever bring her A game. That is the Tamar that we all love and enjoy watching.

Olivia-10- She loved the choreography

Julianne-10- She called the dance fast and intricate

Bruno-10- He called Tamar the star of the show

Did you catch the Dancing with the Stars Week 6 episode? What were your thoughts? Did Paula and Louis deserve to go home? Tell us in the comments!