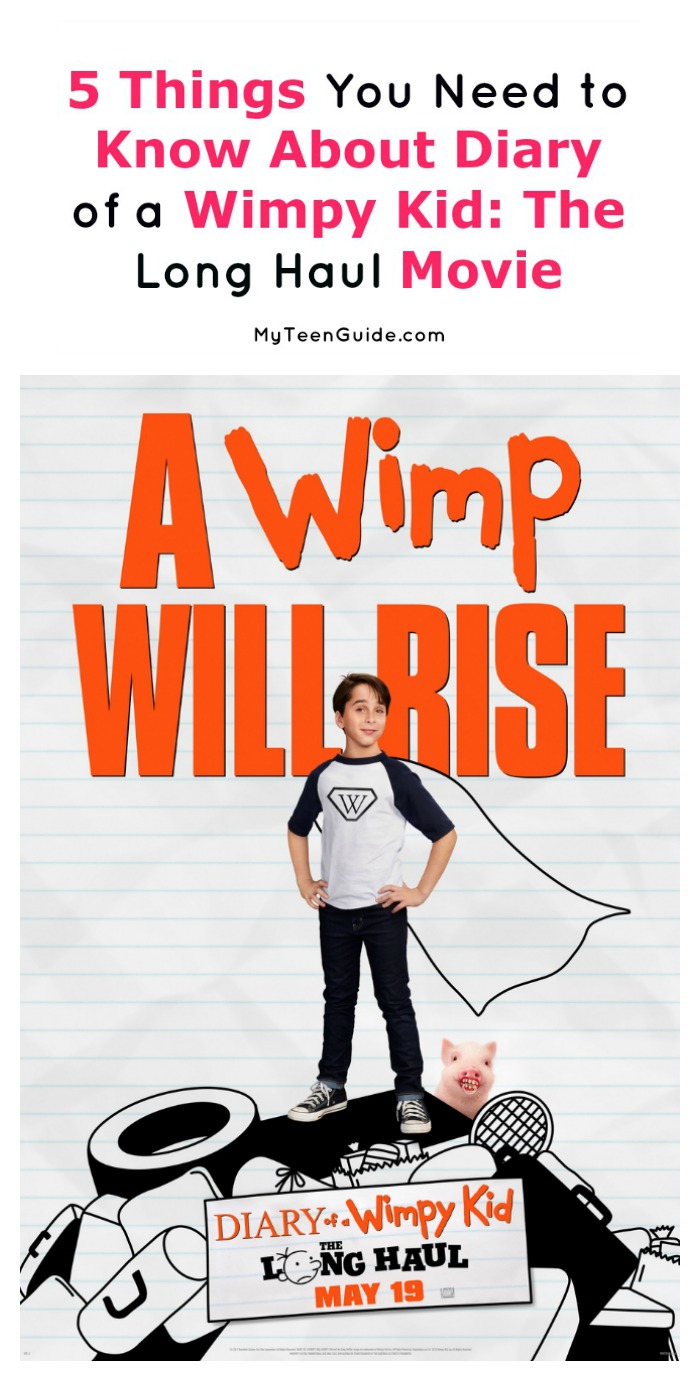 Get ready to find out everything you need to know about the road trip movie of the summer with our Diary of a Wimpy Kid: The Long Haul movie trivia! If you grew up on the Wimpy Kid series, you’re going to love the newest installment in the comedy road trip franchise. Diary of a Wimpy Kid: The Long Haul is based on the 2014 book of the same name by Jeff Kinney. It will be released in theaters on May 19, 2017. I happened to catch the trailer on the big screen and it looks pretty awesome!

Diary of a Wimpy Kid: The Long Haul Movie Trivia

Sign up for a Fandango Fanalert to be notified when tickets go on sale in your area!

The Diary of a Wimpy Kid book series

features 11 books, with 4 of them made into movies. However, the movies do not go in the same order as the books. While the first two movies were based on the first two books, Dog Days is actually based on the 4th book, and The Long Haul jumps all the way to the 9th book.

and he was the storyboard artist for the 2000 movie Chicken Run and the 2004 movie Shark Tale.

You may notice one cast name stand out: Alicia Silverstone. She is most famous for her 1995 movie, Clueless, playing the role of Cher Horowitz and her 1997 movie, Batman, playing the role of Batgirl. For most of the 2000s, Silverstone focused more on indie films than anything else. She’s pretty well-known for her animal rights activism

? on set #selfie with my movie son #GregHeffley aka @jasondrucker 🙂 isn’t he so cute? ? See us in action on 5/19! Link in bio to view the fun trailer.

The 2017 Diary of a Wimpy Kid movie features a whole new cast, compared to the other 3 movies. Why? Simply put, the 3rd movie was released in 2012. The actors are just too old for their character roles. Zachary Gordon played the role of Greg Heffley in the first 3 movies. He was 14 in 2012, but is now age 19. Devon Bostick, who played the role of Rodrick Heffley in the first 3 movies, was 20 in 2012, but is now age 25.

Watch the teaser trailer for Diary of a #WimpyKid: The Long Haul, in theaters May 19! See the full video at the link in bio.

Did any of these Diary of a Wimpy Kid: The Long Haul movie trivia tidbits surprise you? Share your thoughts below!