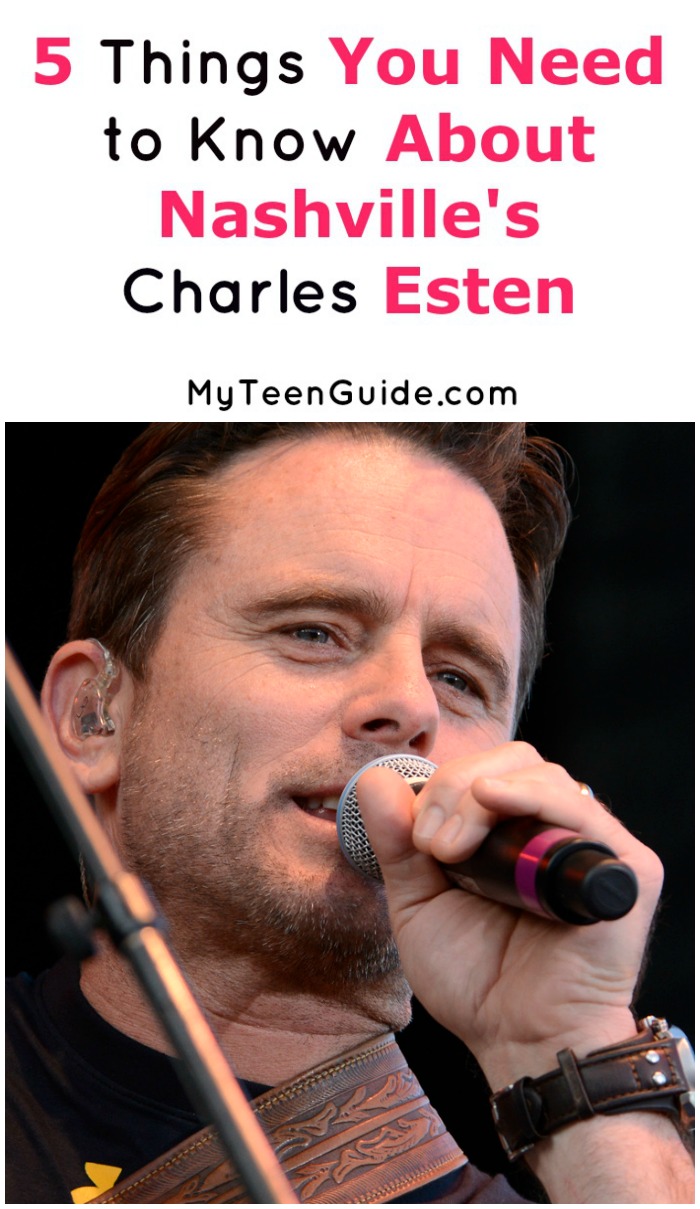 Oh, how we love Charles Esten! I know he is one of my favorite characters on Nashville. In case you don’t know, Esten has played the role of Deacon Claybourne since season 1, episode 1. Deacon is a country singer, songwriter and lead guitar player. He is also the brother of Beverly O’Connor, uncle of Scarlett O’Connor, husband of Rayna James and father of Maddie Conrad. But, you probably already knew all that. Here are some facts you may not know about the actor Charles Esten.

Charles Esten was born Charles Esten Puskar III on September 9, 1965 in Pittsburgh, Pennsylvania. His parents divorced when he was nine years old.

He married his college sweetheart, Patty Hanson. Charles and Patty met while they were both attending the College of William & Mary in Williamsburg, Virginia. They both graduated in 1987, Charles with a degree in Economics. The couple was married on November 2, 1991 at the All Saints’ Episcopal Church in Winter Park, Florida. The couple has 3 children together: Chase, Taylor and Addie. Addie was diagnosed with Acute Lymphoblastic Leukemia when she was 2, but now in her teens, is cancer-free.

THANK YOU @cmcaustralia and @cmcrocksofficial! What an absolutely unforgettable time. And to you incredible Aussie fans… WOW. I'm left without words. Except for these: I'll be back! #Repost @cmcaustralia ・・・ @charles_esten, Australia loves you! Thanks for rockin' with us this weekend! ? #CMCRocks #CMCRocks2017 #thisisqueensland

He has been a contestant on 3 television game shows. In 1988, Charles appeared on 4 episodes of Sale of the Century and in 1990, he appeared in 1 episode of Scrabble. In 2013, he was a celebrity contestant on Who Wants to be a Millionaire, where he won $50,000 for his charity The Leukemia and Lymphoma Society.

His acting career began in comedy. From 2005 to 2005, Charles appeared in 8 episodes of Drew Carey’s Green Screen Show as a recurring performer and in 2011, he was a regular performer in Drew Carey’s Improv-A-Ganza.

Hello Australia! Tune into The Morning Show on 7 tomorrow morning from 9am to watch my interview with Larry at CMC Rocks QLD! #cmcrocks2017

Do you know any other awesome facts about Charles Esten? Share below!