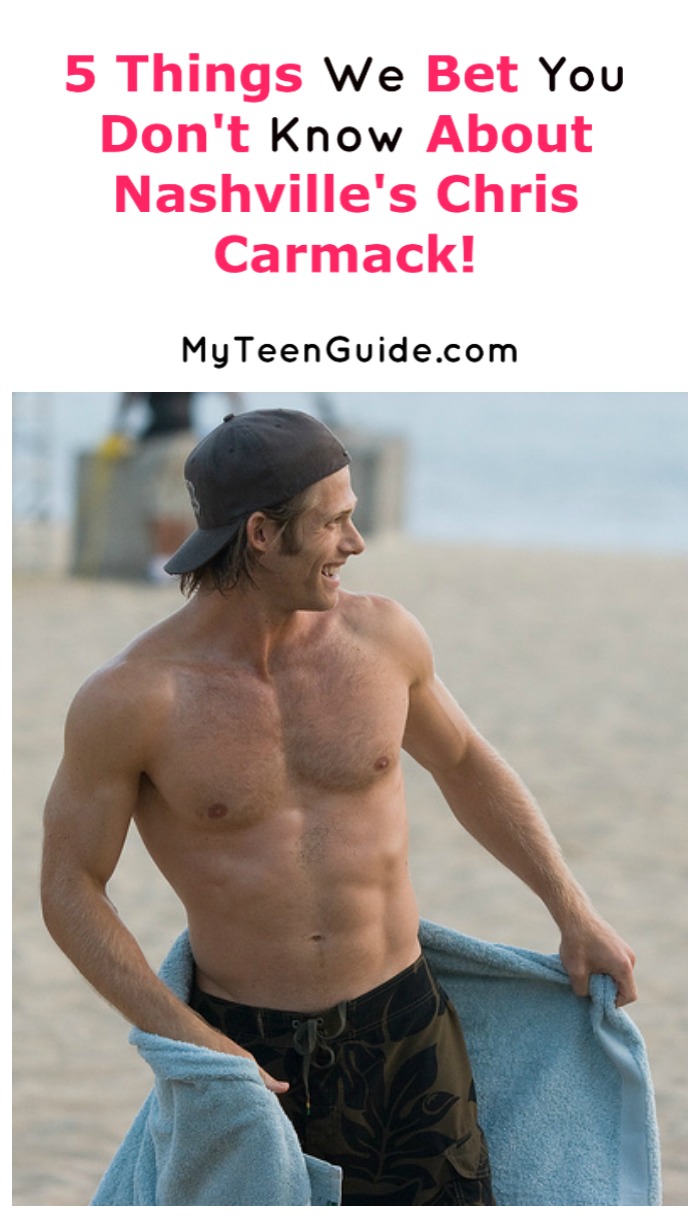 As a Nashville fan, you know Chris Carmack as Will Lexington, right? He has appeared on the show as a recurring character in season 1, episode 16 and has been a main character since season 2. Will is the ex-boyfriend of Brent McKinney and Kevin Bicks, the ex-husband of Kayla Grant and the current boyfriend of Zach Welles. Here are some things you may not know about the actor, singer and model, Chris Carmack.

Before his acting career started, he was a model for Abercrombie & Fitch, Macy’s, Guess, Lord and Taylor, Target and Nautica.

In 2015, he released an EP titled Pieces of You. The EP features 5 of his original songs: Being Alone, Can’t Do It Again, What Has Changed, Always Mine and Pieces of You.

In 2013, he started dating Erin Slaver, after she appeared on the show as a backup singer for Juliette Barnes (Hayden Panettiere). Erin is an actress, singer, songwriter, fiddle player and violinist. The couple became engaged on March 1, 2016, with no immediate wedding date set. They welcome a baby girl into the world, at St. Thomas Mid Town Hospital in Nashville, Tennessee, on August 30, 2016. The couple has not released the name of their daughter.

Have you heard any neat facts about Chris Carmack? Share below!