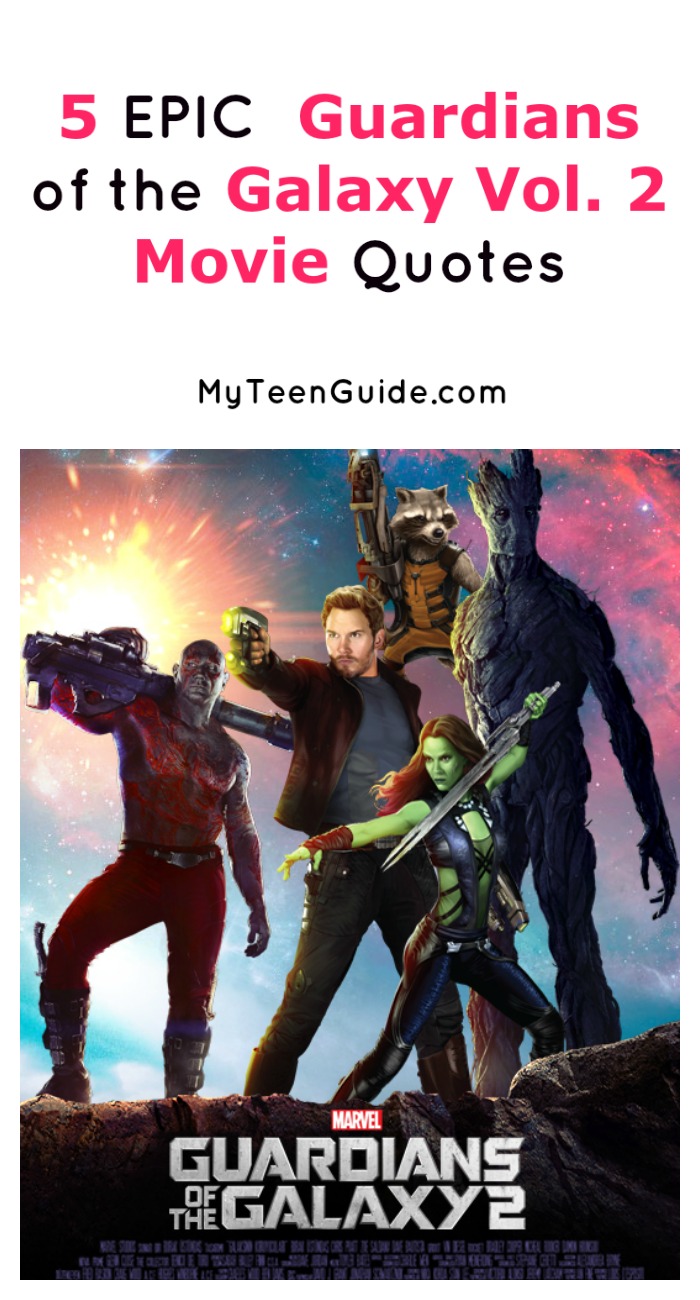 Conversation between Drax the Destroyer and Peter Quill/Star-Lord:

Drax- “There are two types of beings in the universe: those who dance, and those who do not.”

Drax- “You need to find a woman who’s pathetic, like you.”

Conversation between Rocket and Baby Groot:

Rocket- “The fate of the universe lies on your shoulders. Now whatever you do, don’t push this button ’cause that will set off the bomb immediately and we will all be dead! Now repeat back what I just said.”

Rocket- “NO! That is the button that will kill everyone! Try again!”

Groot!!!! He is played by the voice of @vindiesel and is actually a talking tree!!!! All he says is I am groot; at the end he says we are groot

Conversation between Rocket and Peter Quill/Star-Lord:

Rocket- “Are we really saving the Galaxy, again?”

Rocket- “Great! We can jack up our prices if we’re two-time galaxy savers!”

Conversation between Nebula and Drax the Destroyer, talking to Gamora:

Nebula- “All we do is yell at each other! We’re not friends!”

5Conversation between Ayesha and Rocket:

Ayesha- “I see it within you. Fear, jealousy, betrayal. Is it our duty to cleanse the universe of this weakness?”

Rocket- “You know, they told me you people were conceited douchebags, but that isn’t true at all.”

Ayesha is played by Elizabeth Debicki.

Have you heard any awesome Guardians of the Galaxy Vol. 2 Movie Quotes? Share below!