These 10 LOST quotes from seasons one and six will make you want to head back to the island all over again! Check them out! 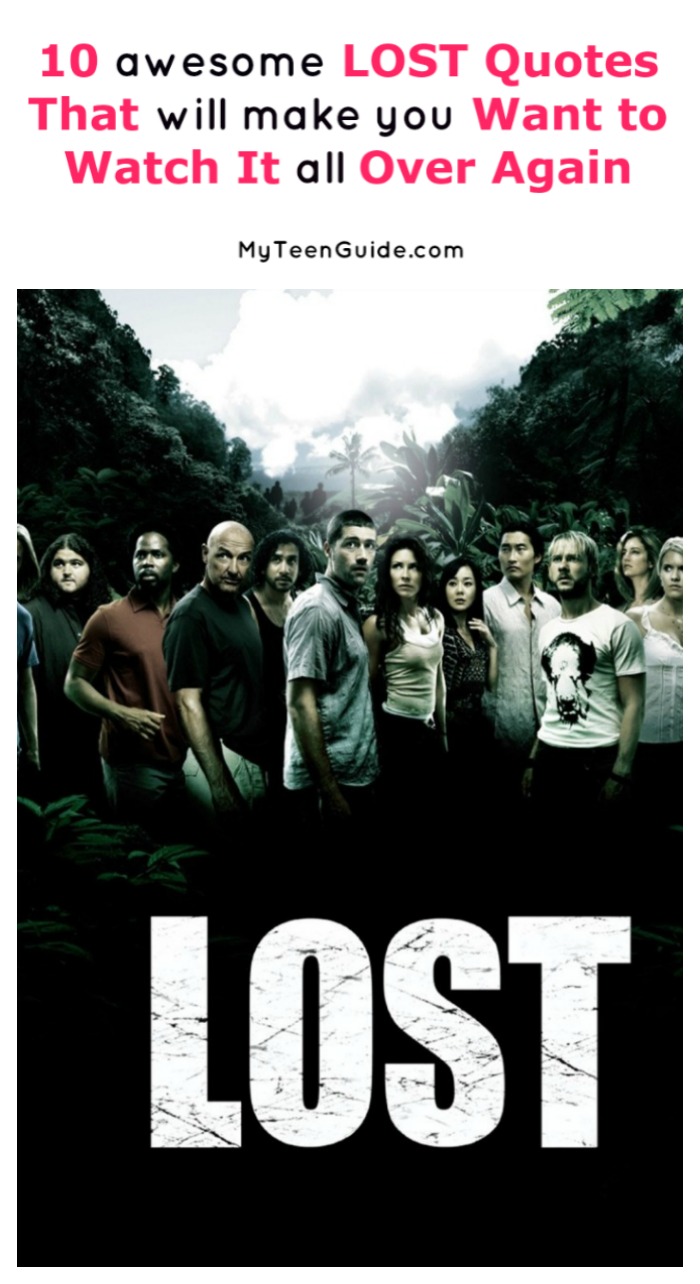 John Locke, to Walt Lloyd, explaining how the game of backgammon is played:

John- “There are two sides, two players. One is light, the other is dark.”

Ironically, turns out that the rules for backgammon turns out to be the central theme of Lost.

John Locke, talking to a walkabout tour guide in Australia, who denied him admittance to the walkabout because he was in a wheelchair:

John- “This is my destiny — I’m supposed to do this, dammit! Don’t tell me what I can and can’t do!”

Locke appears in this scene during a flashback, where it is revealed that he is in a wheelchair due to an injury he sustained when his father, Anthony Cooper, pushed him out an 8-story window. When Oceanic Flight 815 crashed, Locke was no longer paralyzed.

During a flashback, Christian Shephard is talking to a younger Jack Shephard after he was physically beaten by a group of bullies:

Christian is Jack’s father, who worked as a neurosurgeon until Jack exposed his alcoholism. Christian heads to Australia, where he dies and Jack is bringing back his father’s body in a casket when Oceanic Flight 815 crashes.

Jack Shephard to James “Sawyer” Ford, while they, along with Kate Austen, John Locke and Sayid Jarrah, set a trap to capture Ethan Rom:

Sawyer- “Well, there’s one polar bear that seems to think so.”

James Ford goes by the name Sawyer, an alias. The real Sawyer is responsible for conning James’ parents who went by the alias Tom Sawyer. James took the name Sawyer for himself, when he becomes a con as an adult.

Leslie Arzt, in a conversation with Huge “Hurley” Reyes:

Leslie- “You know what? I’m — I’m sorry, I’m so… I’m sorry that I’m not cool enough to be part of your merry little band of adventurers.”

Leslie- “I know a clique when I see it. I teach high school, pal-y. You know, you people think you’re the only ones on this Island doing anything of value. I’ve got news for you. There were 40 other survivors of this plane crash. And we are all people, too.”

Conversation between James “Sawyer” Ford and The Man in Black:

The Man in Black- “What I am is trapped. And I’ve been trapped for so long that I don’t even remember what it feels like to be free. Maybe you can understand that. But before I was trapped, I was a man, James. Just like you.”

Sawyer- “I’m having a hard time believing that.”

The Man in Black is Jacob’s twin brother, also known as The Black Smoke or The Monster.

Miles- “Well, he was standing over Jacob’s dead body with a bloody dagger, so yeah, I’m pretty sure.”

Desmond- “Sacrifice? What the bloody Hell do you know about sacrifice?”

Charles- “My son died here for the sake of this island. Your wife – my own daughter – hates me. And I’ve never even met my grandson. But if you won’t help me, Desmond, all of it will be for nothing. Penny, your son, and everyone else, will be gone forever.”

Richard- “I’m not interested in hiding. He’s gonna find me sooner or later anyway. I’d rather have it over with.”

Miles- “These are both great plans, but I’m gonna go with surviving. If you need us, we’ll be running through the jungle.”

Jack- “Desmond, you’ve done enough. You want to do something, go home and be with your wife and son.”

Desmond- “What about you, Jack?”

Jack- “I’ll see you in another life, brother.”

In the series finale, Jack sacrifices himself so that his friends could escape the island on the Ajira plane.

Throughout the six seasons, there were SO many profound LOST quotes that it’s hard to pick just a few. I recently rewatched the entire series and it’s amazing how much you miss the first time around. This is definitely one of those shows you have to watch a few times!

Do you have any favorite LOST quotes? Share below!