Seen all the hottest movies and want to step off the beaten path to find something new to watch? Check out these 11 most underrated movies on Netflix! 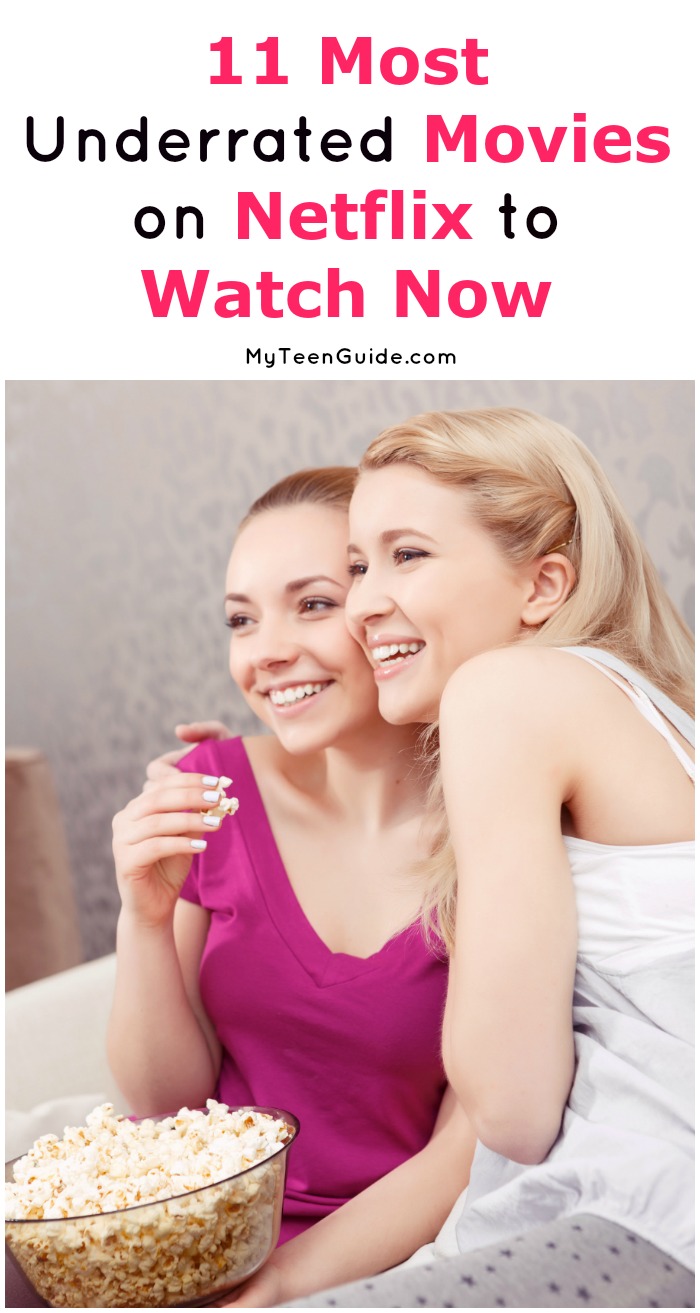 Many movie lovers turn on Netflix to watch the latest blockbuster movie, such as Hush and Beasts of No Nation. However, did you know that Netflix also has plenty of captivating underrated movies and shows that may not have gotten as much media attention as the blockbuster movies? These may be movies you have never heard of, but either have well-known actors/actresses or have won some type of award. Check them out when you’re looking for something new to watch! You won’t be sorry!

The Road is a 2009 post-apocalyptic drama movie that is based on the 2006 book, of the same name, by Cormac McCarthy. An ailing man and his young son fight for survival in a post-apocalyptic world. It stars Viggo Mortensen and Kodi Smit-McPhee. Mortensen won the 2009 award for Best Actor from the Utah Film Critics Association for his role in the movie.

Troll Hunter is a 2010 Norwegian dark-fantasy movie. It is a mocumentary-style film, meaning it is depicted as a documentary using fictional events. While a group of college students are investigating strange bear killings, they discover that a mysterious bear poacher is actually a troll hunter. The movie won the 2011 Amanda Award for Best Visual Effects.

The Hunt is a 2012 Danish drama movie. Lucas, a popular kindergarten teacher, has his life turned upside-down when he is wrongfully accused of sexually assaulting one of his students. Mads Mikkelsen plays the role of Lucas. Mikkelsen is best known for his role as Dr. Hannibal Lecter in the NBC television series, Hannibal.

4- Prisoners of the Sun

Prisoners of the Sun is a 2013 British-French horror, adventure movie. Doug Adler, an archaeological apprentice, sets out on an Egyptian expedition, only to discover he has awakened ancient Egyptian gods. David Charvet plays the role of Doug. Charvet is best known for his role as Matt Brody in the NBC television series, Baywatch.

Big Eyes is a 2014 biographical movie that is based on the real-life story of Margaret Keane, an artist who is famous for her paintings of animals, children and women with big eyes. Amy Adams portrays the role of Margaret, which she won the 2015 Golden Globe Award for Best Actress in a Comedy or Musical.

Chef is a 2014 comedy drama movie. Carl Casper, a professional chef, starts his own food truck business. Jon Favreau, who also wrote, produced and directed the film, plays the role of Carl. Favreau has also directed hit movies like the 2008- Iron Man, the 2010- Iron Man 2 and the 2016- The Jungle Book.

6 Years is a 2015 romantic drama movie. Focuses on the complicated and unhealthy relationship of college students, Melanie Clark and Dan Mercer. Taissa Farmiga, who plays the role of Melanie, is best known for her various roles in the FX television series, American Horror Story. Ben Rosenfield, who portrays the role of Dan, is best known for his role as Willie Thompson in the HBO television series, Boardwalk Empire.

A Girl Like Her is a 2015 found-footage, drama movie. After high school student, Jessica Burns, is relentlessly bullied by her former best friend, Avery Keller, Jessica tries to commit suicide. Soap opera fans will recognize the movie’s two main actresses. Lexi Ainsworth, who portrays Jessica, is best known for her role as Kristina Davis on General Hospital, while Hunter King, who portrays Avery, is best known for her role as Summer Newman on The Young and the Restless.

The Overnight is a 2015 comedy movie. Alex and Emily are new to the Los Angeles area, so they are thrilled when another couple invite them over. However, the couple seem to have other plans than just being the welcoming committee. Adam Scott, who plays Alex, is best known for his role as Ben Wyatt on the NBC television series, Parks and Recreation, while Taylor Schilling, who portrays Emily, is best known for her role as Piper Chapman on the Netflix Original Series, Orange is the New Black.

Colonia is a 2016 historical, romantic thriller movie that is based on the real-life Chilean Military Coup of 1973, specifically the cult known as Colonia Dignidad. Emma Watson is best known for her role as Hermione Granger in the Harry Potter films, while Daniel Bruhl is best known for his portrayal of Formula 1 driver, Niki Lauda in the 2013- Rush.

Sometimes you just have to step off the beaten path to find amazing underrated movies on Netflix. Don’t just stick to the movies that pop up on your “home” screen! Dig deep into the categories. That’s where the real gems are!

Do you have any favorite underrated movies on Netflix? Share below!