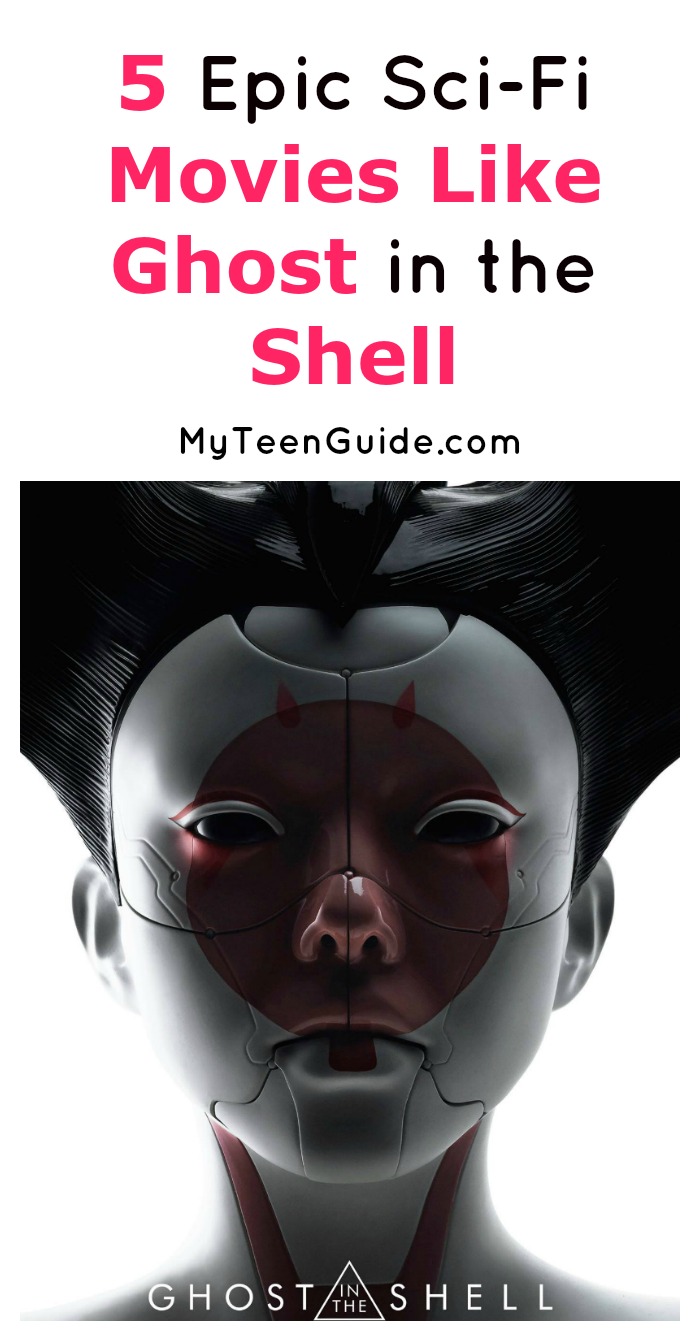 Need an escape from reality? Grab the popcorn and curl up with one of these mind-bending epic sci-fi movies like Ghost in the Shell! If you’re as excited as we are to see Scarlett Johansson bring the Japanese Manga cyborg to life, chances are you’ll love these other flicks just as much! If you checked out our movie trivia the other day, you know that Ghost in the Shell is an upcoming science fiction, action movie that will hit theaters on March 31, 2017. The movie centers on Major Kusanagi, played by Johansson, a cyborg field commander whose job is to fight cyberterrorists. Here are some other great movies like Ghost in the Shell.

is a 2000 science fiction, horror movie that is the first movie in a franchise of three, with the other two being The Chronicles of Riddick in 2004 and Riddick in 2013. The movie tells the story of a transport ship, along with its crew and passengers, that become stranded on a planet, whose residents are blood thirsty night creatures. Pitch Black stars Vin Diesel as Richard Riddick.

is a 2010 science fiction, action movie that is the third movie in a series of three, with the other two being Predator in 1987 and Predator 2 in 1990. The movie focuses on a group of elite warrior team members, who unwillingly parachute into a jungle and soon find themselves hunted by an alien race group. Predators stars Adrien Brody as Royce, Alice Braga as Isabelle, Topher Grace as Edwin, Walton Goggins as Stans, Oleg Taktarov as Nikolai and Laurence Fishburne as Noland.

is a 2012 science fiction, action movie that is based on the comic strip titled 2000 AD and its character, Judge Dredd. The movie showcases Mega-City One, a violent futuristic city that features Judges, who act as both police and courtroom judge. Judge Dredd, a Judge who is famed and feared and Cassandra Anderson, a Judge with psychic abilities, team up together to bring the city to order. Judge Dredd stars Karl Urban as Dredd and Olivia Thirlby as Cassandra.

is a 2014 science fiction, cyberpunk, action movie that is the remake of the 1987 movie of the same name. The movie is set in Detroit City in the year 2028 and centers on Alex Murphy, a detective who becomes injured while on duty. The Omni Corporation sees this as their chance to cash in big with their half-man, half-robot police officer. RoboCop stars Joel Kinnaman as Alex.

is a 2015 science fiction, psychological thriller. The movie showcases the life of Caleb Smith, a young computer programmer, who is invited by Nathan Bateman, the CEO of Blue Book Software Company, to take part in an experiment. The experiment involves giving Ava, a humanoid AI the Turing Test. Ex Machina stars Domhnall Gleeson as Caleb, Oscar Isaac as Nathan and Alicia Vikander as Ava.

Have you seen any other great movies like Ghost in the Shell? Are you looking forward to this flick? Share in the comments!