Movies Like Pirates of the Caribbean: Dead Men Tell No Tales 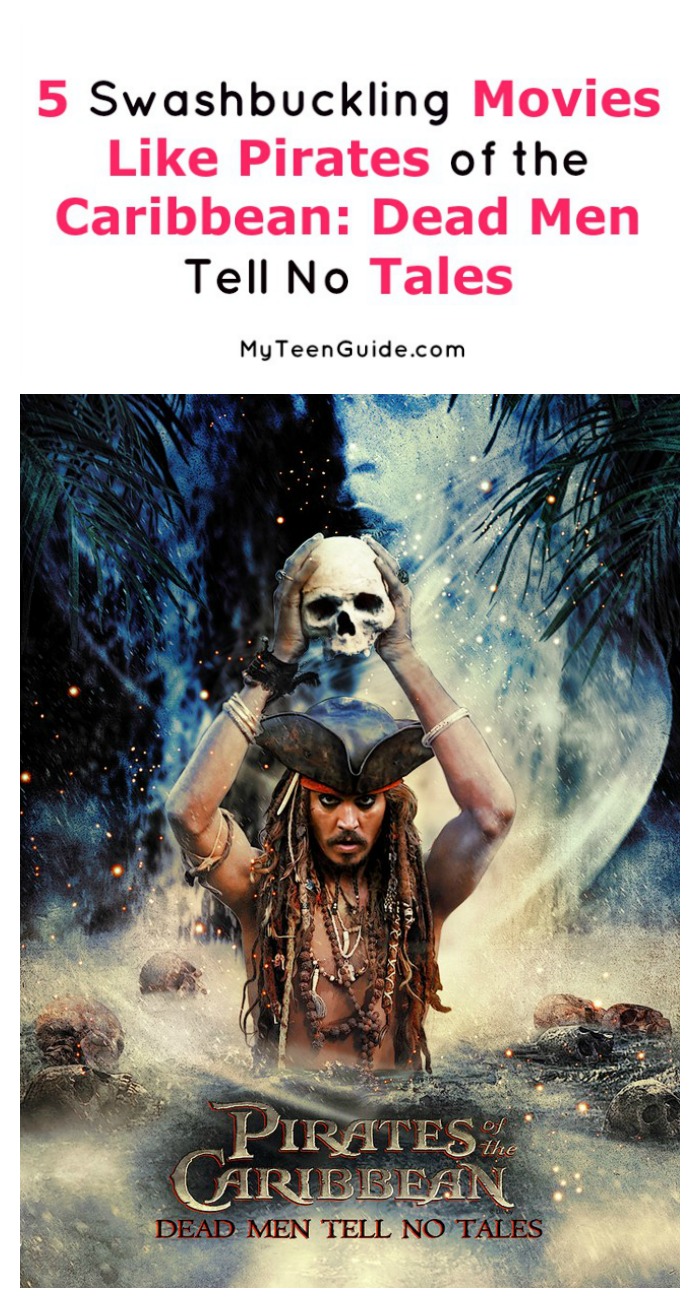 Hit the open seas from the comfort of your living room with these 5 swashbuckling movies like Pirates of the Caribbean: Dead Men Tell No Tales! This upcoming fantasy swashbuckler movie is set to hit theaters on May 26, 2017. It is the 5th installment in the incredibly popular and ever so fun Pirates of the Caribbean film series (which, if you didn’t already know, was inspired by a ride at the Disney theme park!). Here are some other great movies to watch if you can’t get enough of Captain Jack!

Movies Like Pirates of the Caribbean: Dead Men Tell No Tales

Master and Commander: The Far Side of the World

The Legend of Zorro

The Legend of Zorro

is a 2005 swashbuckler movie and is the sequel to the 1998 movie The Mask of Zorro. Don Alejandro de la Vega, AKA Zorro, and his wife, Elena, step back into action when the statehood of California is threatened. The Legend of Zorro stars Antonio Banderas as Zorro and Catherine Zeta-Jones as Elena.

Prince of Persia: Sands of Time

Prince of Persia: Sands of Time

is a 2010 action fantasy movie that is based on the 2003 video game of the same name, by Ubisoft Entertainment. A fugitive prince, Prince Dastan and Princess Tamina, fight to stop Nizam, a villain who plans to destroy the world with a magical dagger that features a special sand, capable of reversing time. Prince of Persia: Sands of Time stars Jake Gyllenhaal as Prince Dastan, Gemma Arterton as Princess Tamina and Ben Kingsley as Nizam.

The Three Musketeers is a 2011 romantic, action-adventure movie that is based on the 1844 book of the same name, written by Alexandre Dumas. D’Artagnan teams up with 3 legendary Musketeers- Athos, Aramis and Porthos- to battle with Milady de Winter, a double agent and her accomplice, Cardinal Richelieu, from taking control of the French throne. The Three Musketeers stars Logan Lerman as D’Artagnan, Matthew McFadyen as Athos, Luke Evans as Aramis, Ray Stevenson as Porthos, Milla Jovovich as Milady and Christoph Waltz as Richelieu.

Do you have any other favorite movies like Pirates of the Caribbean: Dead Men Tell No Tales? Share below!