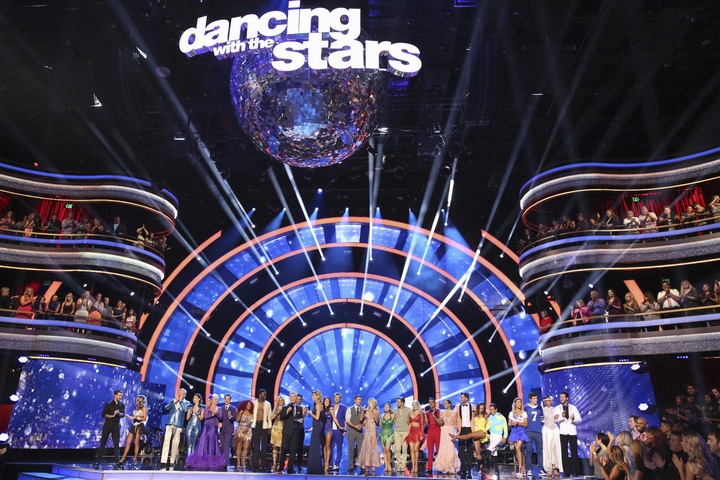 Related: Who’s Who in the Cast of Dancing with the Stars Season 21?

Previous Dancing with the Stars Winners

Season 1- Kelly Monaco with pro-Alec Mazo- Kelly is best known for her role as Sam McCall on General Hospital, a role she has played since 2003.

Season 2- Drew Lachey with pro-Cheryl Burke- Drew is most famous for being part of the boy band, 98 Degrees. He is also the older brother of Nick Lachey, also part of 98 Degrees along with Jeff Timmons and Justin Jeffre.

Season 3- Emmitt Smith with pro-Cheryl Burke- Smith spent 15 years in the NFL as a running back. He played most of his professional football career with the Dallas Cowboys, from 1990-2002, then playing for the Arizona Cardinals from 2003-2004.

Season 5- Helio Castroneves with pro-Julianne Hough- Helio is a Brazilian racecar driver who competes in the Indy Car Series. Since 2001, Helio has 23 wins, including 3 Indianapolis 500 wins.

Season 8- Shawn Johnson with pro-Mark Ballas- Shawn is a gymnast who retired in 2012. She won a gold medal at the 2008 Olympics.

Season 9- Donny Osmond with pro-Kym Johnson- Donny is a member of the Osmond Family and was part of the Osmond Brothers with his four older brothers.

Season 10- Nicole Scherzinger with pro-Derek Hough- Nicole is most known for being the lead singer of The Pussycat Dolls from 2003-2010.

Season 11- Jennifer Grey with pro-Derek Hough- Jennifer is best known for her role as Frances “Baby” Houseman in the 1987 movie Dirty Dancing.

Season 12- Hines Ward with pro-Kym Johnson- Hines is a retired wide receiver with the NFL. He played 14 seasons with the Pittsburgh Steelers, from 1998-2011.

Season 13- J.R. Martinez with pro-Karina Smirnoff- J.R. is known for his role as Brot Monroe on the series All My Children from 2008-2011. He was also injured in Iraq in 2003, as an Army Infantryman. His Humvee’s front tire hit an IED; he suffered burns to over 30% of his body.

Season 14- Donald Driver with pro-Peta Murgatroyd- Donald is a retired wide receiver for the NFL. He played 14 seasons, from 1999-2012, with the Green Bay Packers.

Season 15- Melissa Rycroft with pro-Tony Dovolani- Melissa was a cheerleader with the Dallas Cowboys from 2006-2008. She also appeared on the reality show The Bachelor in 2009.

Season 16- Kellie Pickler with pro-Derek Hough- Kellie is a country music singer, known for her hits like Red High Heels and Best Days of Your Life. She also appeared on Season 5 of American Idol, where she placed 6th.

Season 17- Amber Riley with pro-Derek Hough- Amber played the role of Mercedes Jones on the show Glee from 2009-2015. She also sang the National Anthem at the 2012 Democratic National Convention.

Season 18- Meryl Davis with pro-Maksim Chmerkovskiy- Meryl is a professional ice dancer with her partner Charlie White. They have been ice dancing since 1997 and won a gold medal in the 2014 Olympics.

Season 19- Alfonso Ribeiro with pro-Witney Carson- Alfonso is best known for his role as Carlton Banks on The Fresh Prince of Bel Air from 1990-1996.

Which of these previous Dancing with the Stars winners did you route the hardest for? Tell us below!