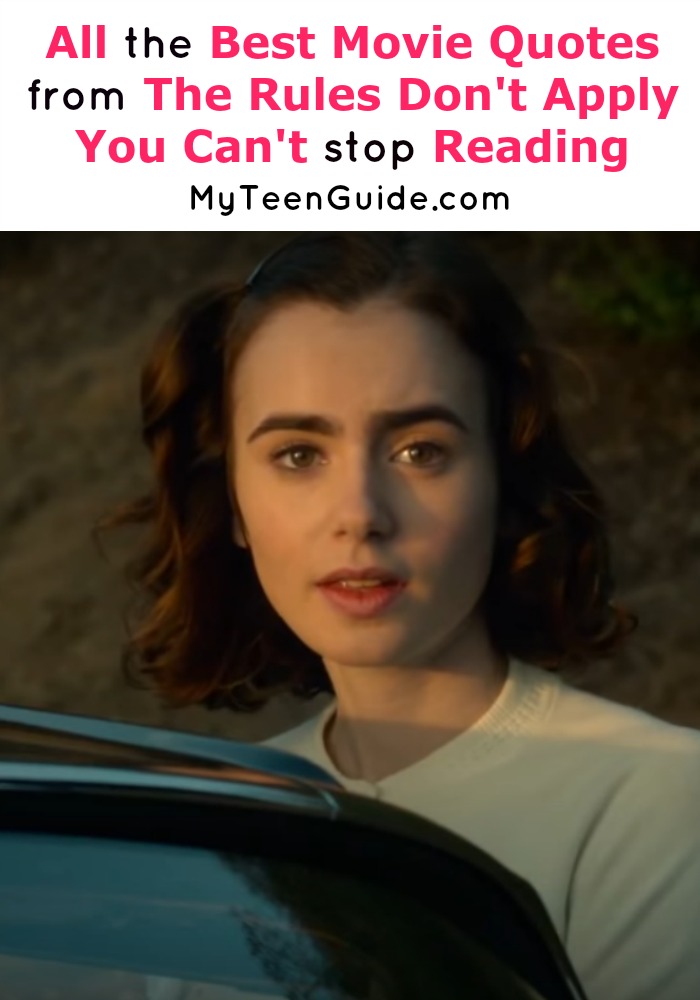 Rules Don’t Apply is an upcoming romantic comedy, drama movie that will be in theaters on November 23, 2016. It is set in Hollywood during the 1950’s and features the story of Marla Mabrey, a young aspiring actress and devout Baptist and Frank Forbes, an ambitious young businessman, and devout Methodist, both working for Howard Hughes, an eccentric billionaire filmmaker and famed aviator. The movie stars Lily Collins as Marla Mabrey, Alden Ehrenreich as Frank Forbes and Warren Beatty as Howard Hughes. Here are some trivia and some quotes from Rules Don’t Apply.

Frank- “My fiancée believes that once you’ve been intimate in the eyes of God, you’re committed to that person for the rest of your life.”

Marla- “So she believes that you’re already married. I agree with Sarah.”

Howard- “That’s Marla Mabrey. What the hell is she doing here?”

Levar- “You said you wanted the girl with the two M’s.”

Howard- “Have you heard from people that I’m crazy?”

Marla- “Well if you are as crazy then give me more crazy! You are not like other people; you’re an exception.”

So are you as excited for all of The Rules Don’t Apply movie quotes, trivia, and trailer as I am! This film is right up my alley, same? Tell me in the comments what you think!