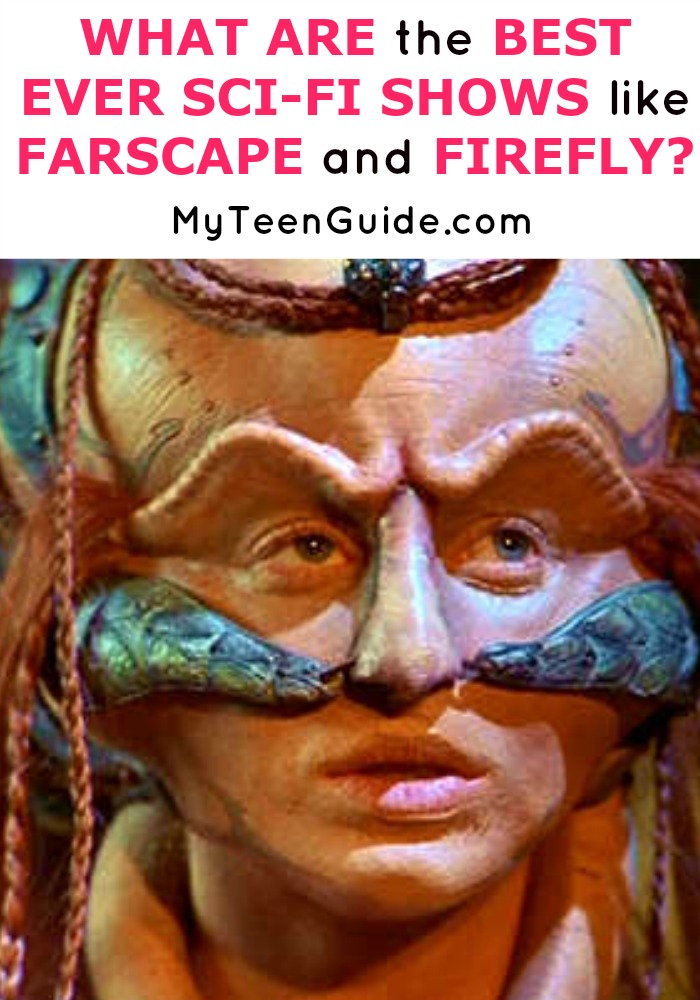 No matter which show you like, fans of Firefly and Farscape have been crying for shows like it. Many diehard Firefly fans believe the show was canceled way too soon as it only ran for two seasons in 2002 and 2003. Farscape, which lasted  three seasons longer, went off the air in March 2009. Both shows were fantastic shows that were about renegade space travelers fighting their way through distant parts of the universe as fugitives. If you’re looking for similar TV shows to watch like Firefly or Farscape you need to check out this list! I also included the promo trailer below!

Related: All The Star Trek Beyond Movie Quotes And Trivia For Every Trekkie

What Are The Best Ever Sci-Fi Shows Like Farscape And Firefly?

For those of you who haven’t seen Farscape but like sci-fi, here’s a promo!

For those of you who haven’t seen Firefly, here’s the fab promo for that one too. Then we’re on to other shows that should be on your list!

Dollhouse was produced by Mutant Enemy Productions. It aired from February 2009 until January 2010. In total, there are 27 episodes in the series. At first, the show received mixed reviews. But, viewership eventually increased enough to warrant a second season.

The series centers around a group of “Actives,” otherwise referred to as “dolls,” who agree to have their memories erased for five years. During this time, they’re hired out to rich clients who want them to participate in various criminal or sometimes romantic enterprises.

When the five years are up, the “dolls” get their own memories back along with huge sums of money. Echo, who plays the main character, is a bit different. She must deal with the fact that her programmed memories are mixed in with her own.

You might say Caprica is the prequel (spin-off) of another version of Battlestar Galactica. Try to say that three times, fast! Eric Stolz and Esai Morales star in all 18 episodes, which aired from January to November 2010. The actual pilot for the series debuted via digital download in April 2009.

Follow the lives of the Adamas and the Graystones, as they interact on the peaceful planet of Caprica, 58 years before the inception of Battlestar Galactica. You’ll learn the secrets, regarding the creation of the Cylons and why they end up turning against the humans who control them.

The series takes place in an urban setting, rather than outer space. But, if you just can’t seem to get enough of things like robotics and artificial intelligence, Caprica is probably for you!

Babylon 5 aired for five seasons, from 1994 until 1998. There are a total 110 episodes, perfect for your binge-watching pleasure. When the series came out, it was advertised as being “light years ahead of anything else on television.” Obviously, you’ll have to be the judge of that.

The timeline for Babylon 5 runs between 2257 and 2262. The writers of the show put strong emphasis into complex character development. So, it’s a story that includes everything from political rivalry to social pressure, to racial tension to religious zealotry to almost anything in between.

Throughout the series, which cost $90 million to produce, you’ll get to know countless alien species and an equal amount of humans. Not only that, you’ll be amazed by all of the excitement a five-mile, rotating, colony can provide.

These are just three of many TV shows like Farscape and Firefly. Which one are you going to watch first and why? Curious sci-fi fans want to know!