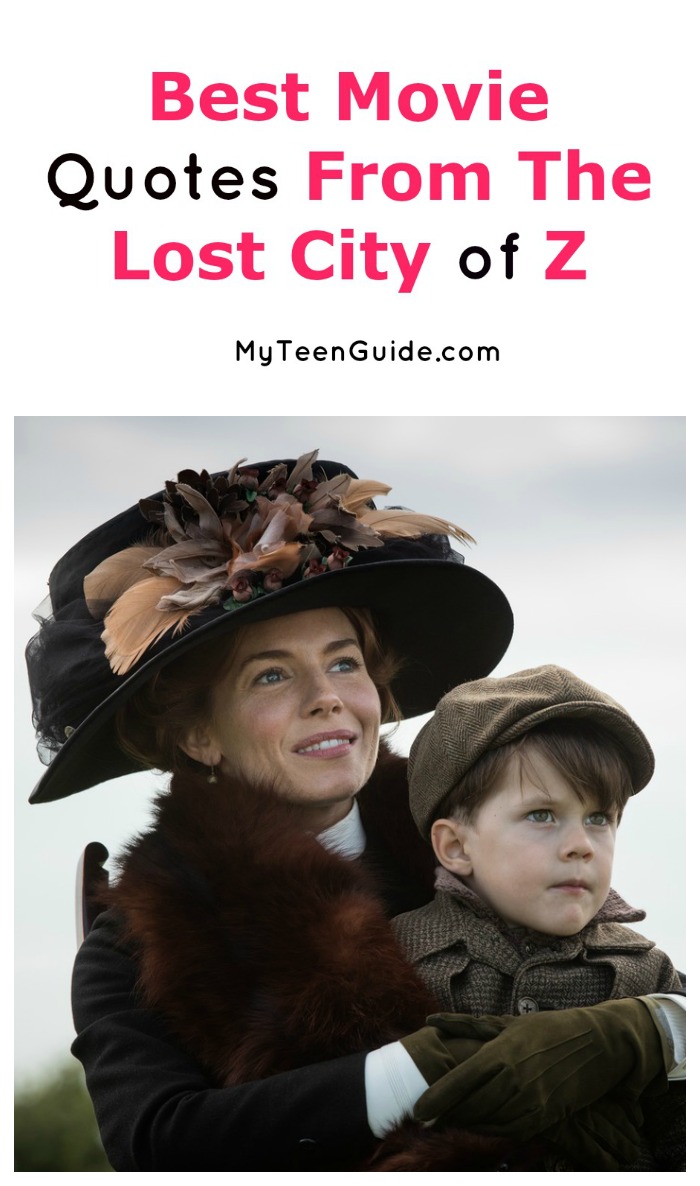 Craving action and adventure? These The Lost City of Z movie quotes have me so excited for the movie! I can hardly wait for the April 14th release date, can you? I love the idea of explorers discovering a whole new civilization! If you haven’t heard, The Lost City of Z is an upcoming movie that is based on the 2009 book of the same name by David Grann. It showcases the real-life events of Percy Fawcett, a British explorer who tries to locate a lost city in the Amazon Rainforest. Percy and his son, Jack Fawcett, disappeared while on this expedition in 1925. The movie is set to hit theaters on April 14, 2017. Here are some quotes from the movie.

An unnamed member of the RGS (Royal Geographical Society), talking to Percy Fawcett about the dangers of the Amazon Rainforest:

RGS member- “The environment’s brutally difficult. The journey, it may well mean your life. But you could reclaim your family name.”

From London's opulent halls to the jungles of Amazonia. Percy Fawcett will discover an adventure he never thought possible.

A conversation between an unnamed member of the RGS (Royal Geographical Society) and Percy Fawcett:

Percy- “I am proposing that Amazonia contains a hidden civilization. If we may find a city, where one was considered impossible to exist, it may well write a whole new chapter in human history!”

RGS member- “Are you insisting that these savages they are equals.”

Percy- “Their civilization may well predate our own! I call it Z! The ultimate piece of human puzzle! It is there, and we must find it!”

The RGS is a scientific group that believes that indigenous people are to be regarded as savages.

Conversation between an unnamed fortune teller and Percy Fawcett:

Fortune teller- “You dream to be in a forest.”

Fortune teller- “What you seek is far greater than you ever imagined. Your soul will never be quiet until you find this place. It is your destiny.”

Henry- “We must turn back!”

Percy- “There is no turning back.”

Henry Costin is one of Percy’s fellow explorers and the role is played by Robert Pattinson.

#RobertPattinson is Henry Costin, the man who would accompany Percy Fawcett across the world. #LostCityofZ

Henry- “This search for Z I can no longer bear the cost.”

Henry- “No. I only doubt that Z provide all the answers you seek from it.”

Have you heard any awesome The Lost City of Z movie quotes? Share them with us below!