These 10 movies like The Predator totally freaked us out!

Seriously, after watching them, I’m pretty sure I don’t ever want to find out if there is life on other planets!

If you’re looking for some great sci-fi/horror flicks, these are definitely the ones you want to add to your watch list! 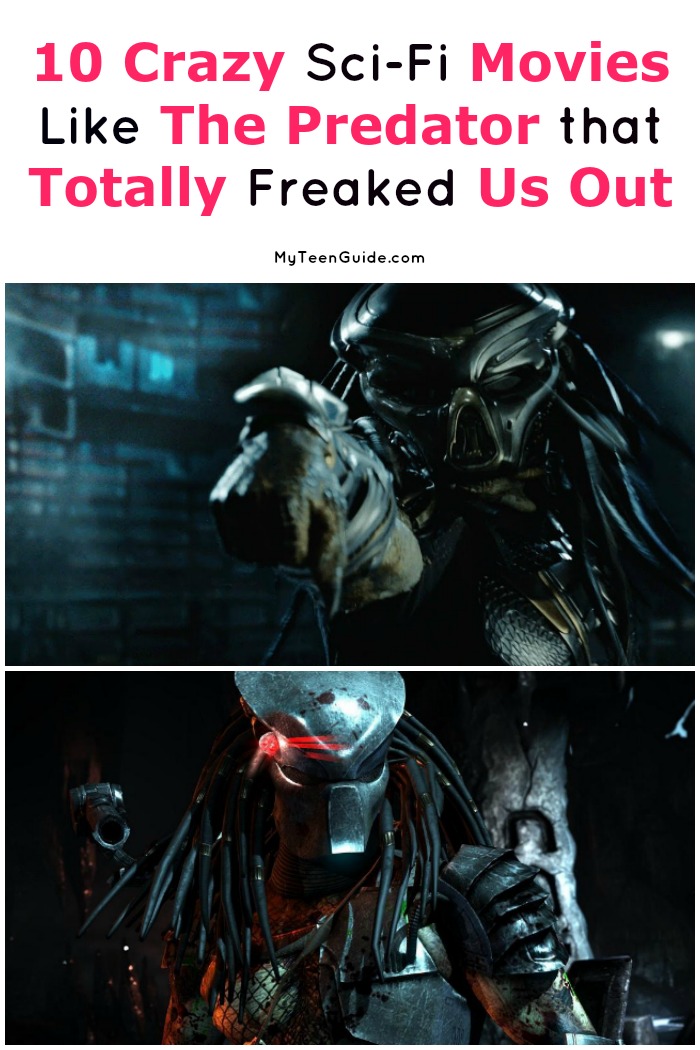 The Predator is an upcoming movie that combines action, adventure, horror and sci-fi and is set to be released in movie theaters on September 14, 2018. If you want to skip the lines when it comes out, make sure you sign up for a Fandango Fan Alert so you can get your tickets online!

While you’re waiting for September 14, 2018 to roll around, here are some other awesome movies like The Predator.

Pitch Black is an action, horror, sci-fi movie that is the prequel to the 2004 The Chronicles of Riddick

. When it first came out, it was celebrated by sci-fi fans for its originality.

Not to be confused with the Sandra Bullock drama, 28 Days

, which is most definitely NOT about zombies!  28 Days Later is a post-apocalyptic, horror, sci-fi movie that is the prequel to the 2007 28 Weeks Later.

I Am Legend is a post-apocalyptic, horror, sci-fi movie that is based on the 1954 book, of the same name, by Richard Matheson.

The Mist is a horror, sci-fi, thriller movie that is based on the 1980 book, of the same name, by Stephen King. This movie made me angry beyond words, although I can’t tell you why because it ruins the ending.

Cloverfield is a found-footage, horror movie that is the prequel to the 2016 10 Cloverfield Lane

and the 2018 The Cloverfield Paradox

Pandorum is an action, horror, mystery, sci-fi movie that really freaked me out, even if it wasn’t that highly rated.

Dark Skies is a horror, sci-fi, thriller movie, and it happens to be one of my favorite movies like The Predator. Keri Russell is a long way from Felicity in this performance!

World War Z is an action, adventure, horror movie that is based on the 2006 book, of the same name, by Max Brooks

Alien: Covenant is a horror, sci-fi, thriller movie that is the prequel to the 2012 Prometheus

and is the 6th installment in the Alien movie series, after- 1979 Alien

Life is a horror, sci-fi movie that stars some of the hottest (literally) actors and actresses of our time! If you subscribe to Starz through Amazon, you can watch this one for free.

Most of these sci-fi movies like The Predator definitely made me rethink my wish to become an astronaut, and they all definitely made the hairs on my arm stand up at least a few times!

What are some of your favorite sci-fi movies like The Predator? Tell me below!