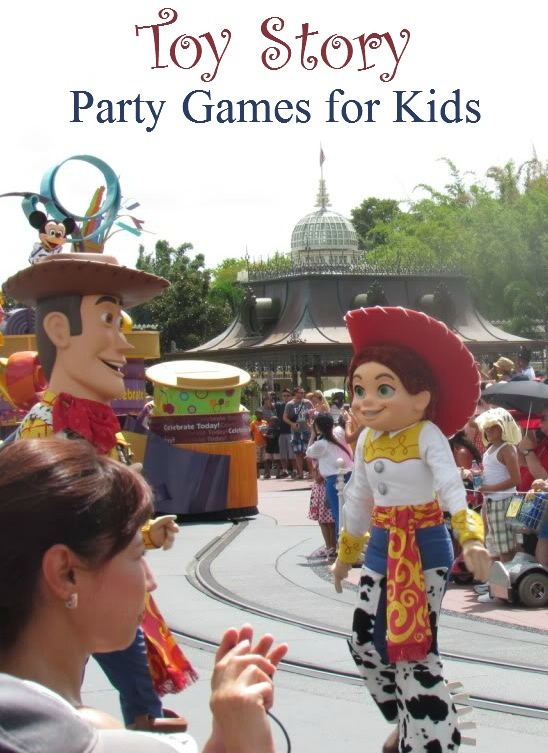 Busy trying to figure out some Toy Story party games for your little ones next bash? Well, there are plenty of fun ones to choose from! Toy Story has been popular for nearly a decade now! In fact, some of our own kids have grown up watching as Andy grew from a boy to a generous college student. Tell me you didn’t cry at the end of Toy Story 3? If your little ones love Buzz, Woody and the gang, they’re going to really enjoy out Toy Story party games for kids! Check them out!

This is a simple ball game revamped to make it tad more intriguing to your little ones. Here, you will need a few balls, and some colored paper. Wrap the balls with the colored paper and write the names of a few planets with a marker on them. Now play some music and ask your kids to pass on a single planet. Stop the music at certain intervals. Finally the player who has the planet just when the music stops, is out of the game. In this manner the winner of the game is decided with a few successive rounds. If you have a lot of guests, use more than one planet to make it go a bit faster.

This is one of the best and the most popular Toy Story games for kids.  In this game, you will need a few toy rattlesnakes which make sound when they are shaken. You can usually find these in the dollar bin at store that sell toys. Blindfold your first player and stand him in the middle of a circle of other players. . Tell him to say “howdy partner!” After he says it, the other kids have to shake their rattle snakes. The blindfolded guest has to try to catch another player by following the sound of the rattles.

Pin the eye of the Alien

This is going to be one of the best and the most intriguing Toy Story party games for your little ones. Here, you will simply need an alien from the Toy Story character. Trace out the picture of a popular alien from a Toy Story book. After that color it and mark the eyes of the character with marker. Now cut out the huge frame of the alien and paste it along your wall.  Get the kids to stand in a line and give them a few eye cutouts with tape on the back.  Blindfold the kids and have them try to pin the eye on the alien!

These Toy Story party games for kids are sure to be a hit at your next bash. Keep the fun going after the party by sending kids home with these Toy Story Game Time Favor Packs  (affiliate link)

!
Need more ideas for fun games to play? Check out all our great party games for kids!

What are your favorite Toy Story party games for kids?