Looking for more good shows like The Office on Netflix? We’ve got you covered! Check out our top 14 picks! 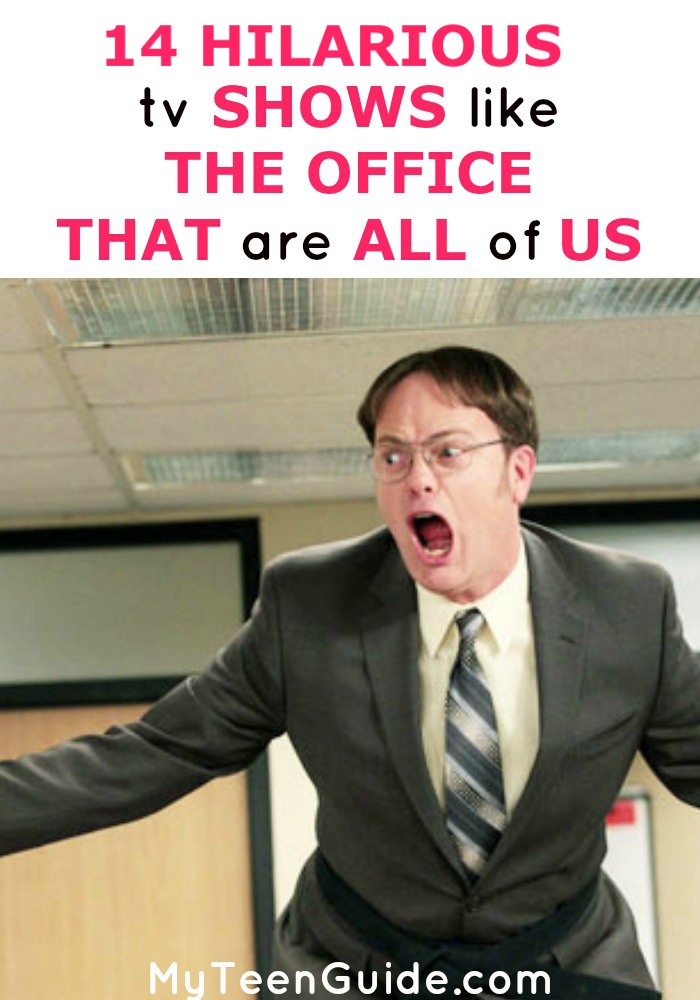 The Office is a television comedy series that aired on NBC for 9 seasons, from March 24, 2005 to May 16, 2013. The series was adapted from the UK sitcom of the same name, which aired from July 9, 2001 to December 27, 2003. It centers on the everyday lives of office employees of a paper company in Scranton, Pennsylvania and stars a large ensemble cast including Steve Carell, Rainn Wilson, John Krasinski, Jenna Fisher and B. J. Novak. Here are some TV shows like The Office.

Parks and Recreation is a political comedy television series that aired for 7 seasons on NBC, from April 9, 2009 to February 24, 2015. The series focuses on a group of public officials that work for the Pawnee Indiana Parks and Recreation Department as they try different projects in order to make their town a greater area to reside. Parks and Recreation stars Amy Poehler, Rashida Jones, Paul Schneider, Aziz Ansari, Nick Offerman, Aubrey Plaza and Chris Pratt.

As far as good shows like The Office go, Scrubs is probably in my top 5 favorites. It’s a medical comedy/drama television series that aired for 7 seasons on NBC and 2 seasons on ABC, for a total of 9 seasons, from October 2, 2001 to March 17, 2010. The series focuses on a group of medical interns at the fictional Sacred Heart Hospital in California. Scrubs stars Zach Braff, Donald Faison, John C. McGinley, Sarah Chalke, Judy Reyes and Ken Jenkins.

Arrested Development is a comedy television series that aired on Fox for 3 seasons, from November 2, 2003 to February 10, 2006. After it was cancelled by Fox, a 4th season aired on Netflix on May 26, 2013. Netflix is said to be releasing season 5 of the series sometime in 2016. The series showcases the happenings of the Bluth family, who are rich, spoiled and dysfunctional. Arrested Development stars Will Arnett, Jason Bateman, Michael Cera, David Cross, Portia de Rossi, Tony Hale, Jessica Walter, Jeffrey Tambor and Alia Shawkat.

30 Rock is a satirical comedy television series that aired on NBC for 7 seasons, from October 11, 2006 to January 31, 2013. The series is somewhat based on Tina Fey’s experiences on Saturday Night Live, from 1997 to 2006. The series chronicles the life of Liz Lemon, the head writer of TGS with Tracy Jordan, a comedy sketch series, as she is faced with a controlling new boss, Jack Donaghy and Tracy Jordan, the unpredictable star of TGS with Tracy Jordan. 30 Rock stars Tina Fey, Jane Krakowski, Tracy Morgan, Alec Baldwin, Judah Friedlander, Scott Adsit and Jack McBrayer.

Ugly Betty is a comedy drama television series that aired on ABC for 4 seasons, from September 28, 2006 to April 14, 2010. The series revolves around Betty Suarez, a smart, young woman with a lack of fashion and style, who lands a prestigious at a top fashion magazine. Ugly Betty stars America Ferrera.

Related ► 11 Underrated Netflix Shows You Should Totally Be Watching

Workaholics is a sitcom television series that aired on Comedy Central for 7 seasons, from April 6, 2011 to March 15, 2017. The series centers on Blake Henderson, Adam DeMamp and Anders Holmvik, a trio of college dropouts who work at a telemarketing firm in Rancho Cucamonga, California. Workaholics stars Blake Anderson, Adam DeVine and Anders Holm.

Outsourced is a sitcom television series that aired on NBC for 1 season, from September 23, 2010 to May 12, 2011. The series centers around Todd Dempsy, an executive manager from Kansas City, Missouri, who is transferred to Mumbai, India to head an order processing call center. Outsourced stars Ben Rappaport.

Ally McBeal is a comedy drama television series that aired on Fox for 5 seasons, from September 8, 1997 to May 20, 2002. The series chronicles the trials and tribulations of Ally McBeal, an attorney who is employed at the fictional law firm, Cage and Fish, in Boston, Massachusetts. Ally McBeal stars Calista Flockhart.

Of all the good shows like The Office, Cheers is probably the most famous and long-running. Cheers is a sitcom television series that aired on NBC for 11 seasons, from September 30, 1982 to May 20, 1993. The series revolves around employees and locals of Cheers, a bar located in Boston, Massachusetts, including Sam Malone, owner; Diane Chambers and Carla Tortelli, cocktail waitresses; Coach Ernie Pantusso, bartender and Norm Peterson and Cliff Clavin, bar regulars. Cheers stars Ted Danson, Shelley Long, Rhea Perlman, Nicholas Colasanto, George Wendt and John Ratzenberger.

These are definitely a great starting place if you’re looking for good shows like The Office on Netflix! With some of the shows spanning 10+ season, you’ll have plenty to binge on!