10 Characters from The Walking Dead Who You May Have Forgotten 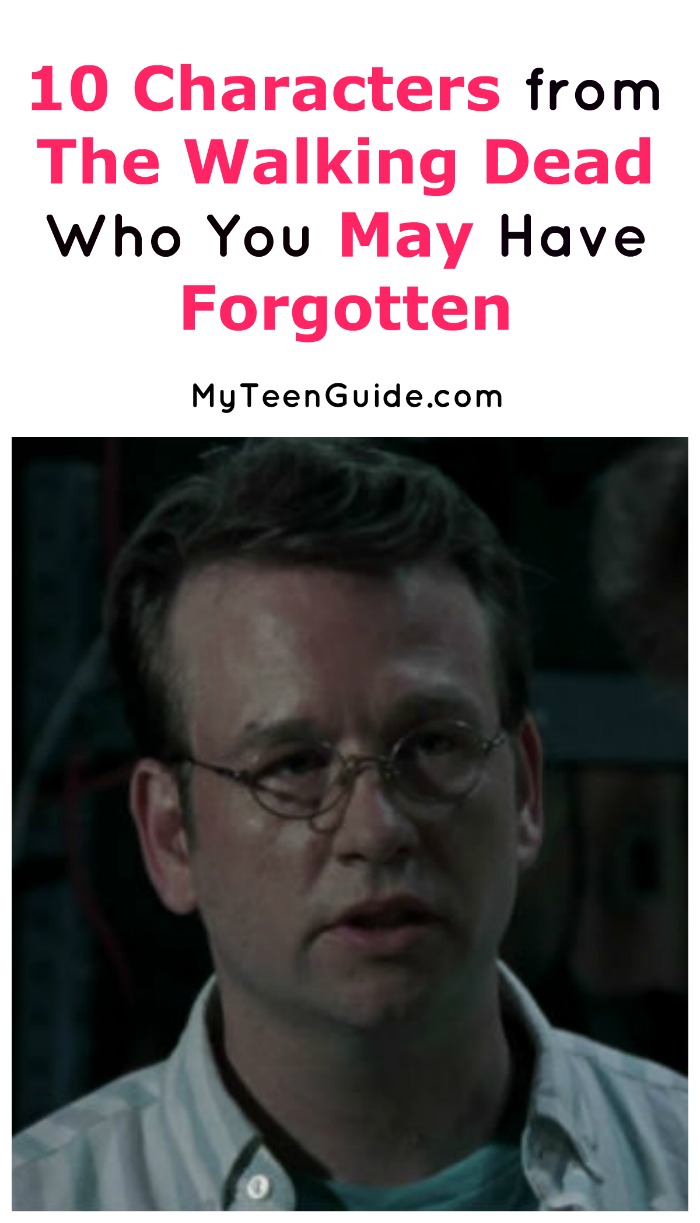 With all the comings and goings over the years, there are a few Walking Dead characters that you may have forgotten all about.  Some have died in the most gruesome ways possible and others have decided to go off on their own. Some we still remember, such as Hershel and a few villains, while others,  didn’t have such a lasting impact on the show or its viewers. Here are 10 people from the Walking Dead who you may have forgotten about. Let’s take a little trip down Walking Dead memory lane.

Walking Dead Characters You May Have Forgotten

https://www.instagram.com/p/td_IrMJ2G-/?tagged=twdtdog
1. T-Dog T-Dog is another Atlanta survivor that was part of the show for three seasons and was definitely one of the characters we hated to see gone! Not only was he funny but he was also an honorable guy. Instead of letting Carol day, he sacrificed himself to save her.

https://www.instagram.com/p/BEBCVqagBPn/?tagged=twdamy
2. Amy Amy was Andrea’s younger sister. While Andrea is one of the many characters who has shaped the show, Amy was killed off in season 1 after being bitten. To make things worse, she was attacked the day before her birthday.

https://www.instagram.com/p/i0j6K0ivtw/?tagged=twdmilton
3. Milton Milton could have been a bad guy turned good but the Governor had other plans. Milton was originally the Governor’s go-to-scientist but once he found out what the Governor was really up to, he no longer wanted to be involved. Sadly, this meant his demise.

https://www.instagram.com/p/l0gPWiI1ap/?tagged=twdjacqui
4. Jacqui Jacqui was an Atlanta survivor, but not for very long. When the crew goes to the CDC building to find the cure, she and scientist Jenner are inside of the building when it explodes.

https://www.instagram.com/p/hJfGFkCvmN/?tagged=twdalisha
5. Alisha Alisha was part of the Governor’s army as well as Tara’s girlfriend. After making her way into the prison yard, Alisha was set to possibly kill Tyreese. However, the plan failed and Lizzie saved the day by killing her.

https://www.instagram.com/p/BMR0zxPgu82/?tagged=twddale
6. Dale Before there was reason-filled and level-headed Hershel, there was Dale. Dale was the voice of reason on the show and everyone was willing to take his advice. However, the actor who played Dale wanted off the show so producers decided that Dale would meet his fate in a gruesome death on Hershel’s farm.

https://www.instagram.com/p/l0w655o1WT/?tagged=twdjimmy
7. Jimmy Jimmy was best known as Beth’s boyfriend. He was part of the show for about 10 episodes and since his death, not one person has mentioned his name. During the zombie herd at the farm, Jimmy drives the RV to rescue Rick and Carl. However, he opens the door and is bitten by walkers. Rookie move!

https://www.instagram.com/p/g5MbJqCvtx/?tagged=twdlilly
8. Lilly Lilly was Meghan’s mother and Tara’s older sister. She was quite fond of the Governor until she found out just how evil he was. Meghan is killed because of the Governor and to get revenge, Lilly shoots and kills him. However, walkers attack and kill her too.

https://www.instagram.com/p/cf1DRbHFHG/?tagged=twdjim
9.Jim During Season 1, Jim was bitten by a walker but did his best to hide it. As the illness started to take hold of him, the crew took him to a tree and offered him a gun to kill himself. He refused and while Jim is no longer in human form, he may still be roaming as a walker.

https://www.instagram.com/p/_njU-EJRFS/?tagged=twdpatrick
10. Patrick Patrick was a Woodbury transplant who seemed like a super nice character. He got along great with Carl since the two were about the same age. Patrick died from an unknown illness that created a new outbreak that killed off almost the entire prison.

Do you remember these Walking Dead characters? Who do you miss the most on the show? Let us know below in the comments!